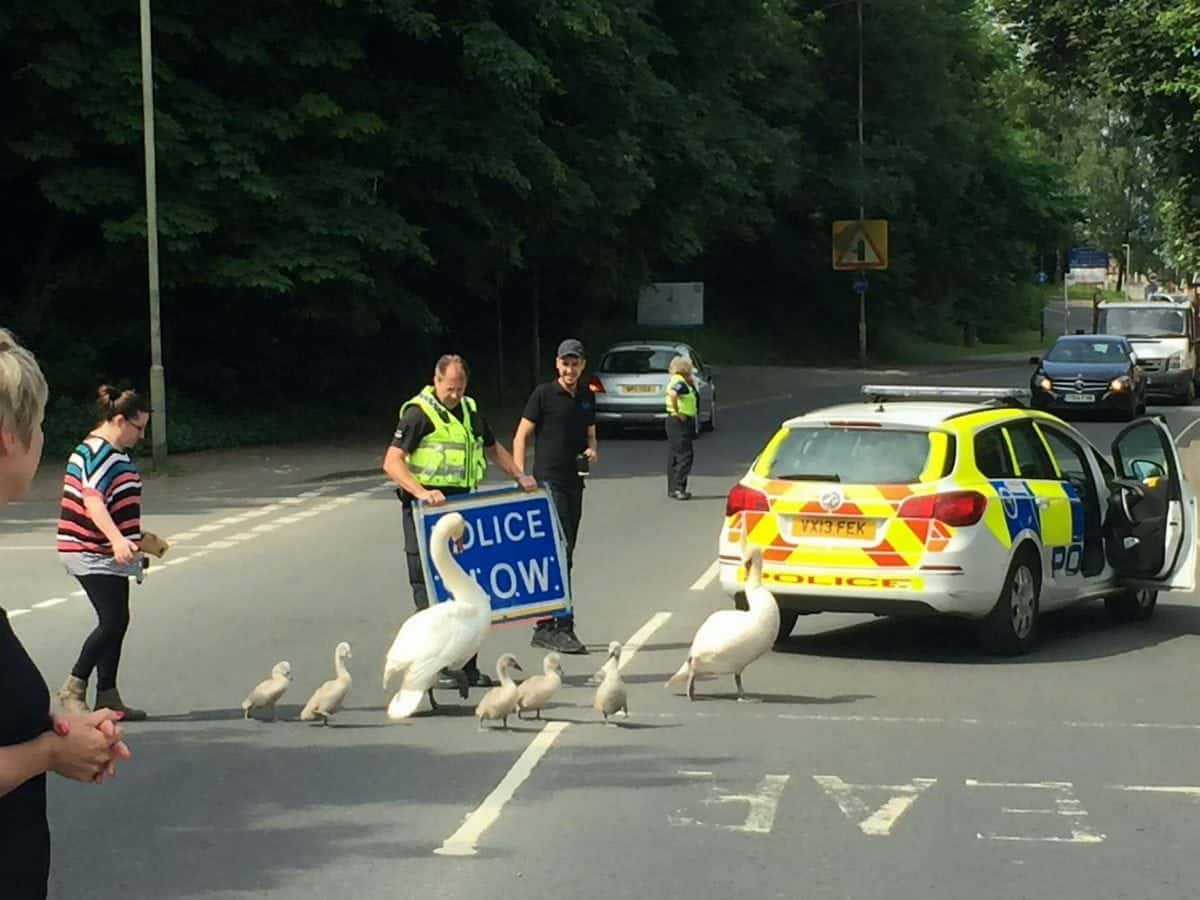 Commuters were brought to a standstill yesterday morning as police helped a bevy of swans cross the road.

Officer PC Wilson helped feather the family-of-seven to the nearby canal while holding a ‘Police Slow’ traffic sign.

Another police officer was seen halting traffic along the usually busy A46, near Wallbridge.

The adventurous flock were also spotted parking up at a local Kwik Fix garage yesterday morning. 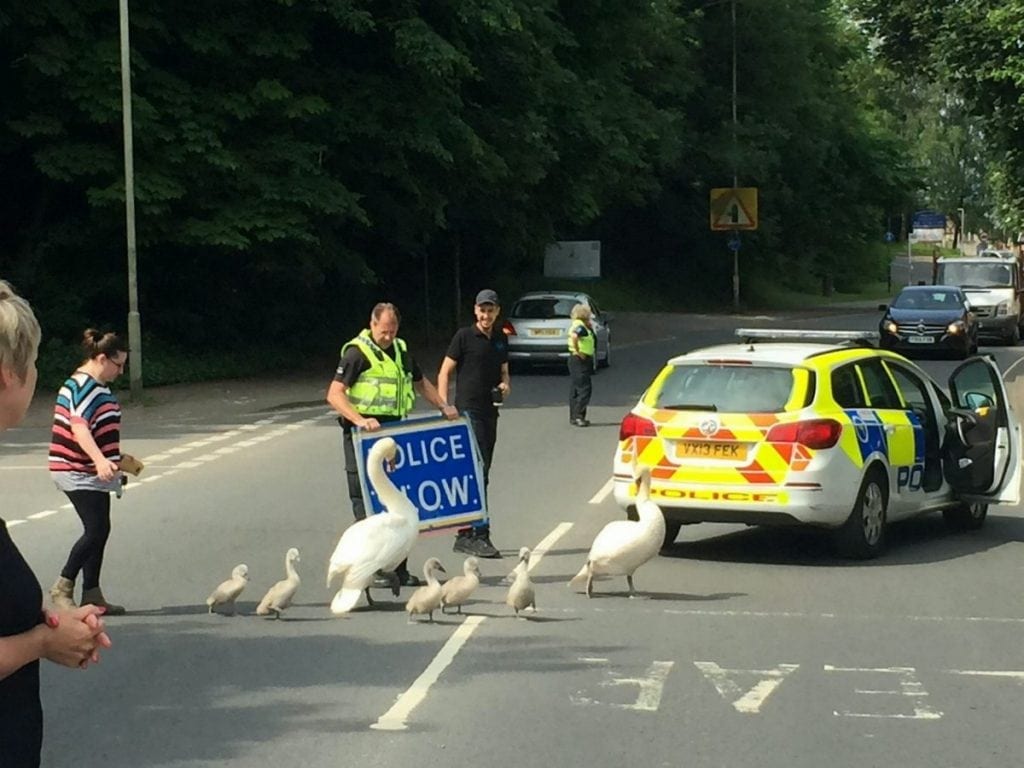 Local Steve Swan tweeted the picture with the caption: “Stroud Swan family holiday held up with puncture. Today at 9am!”

Having successfully ushered the bevy of swans to safety, cops took to sharing their good deed on social media.