John Watkins joined the RAF in 1942 and served with 617 Squadron - also known as "The Dambusters". 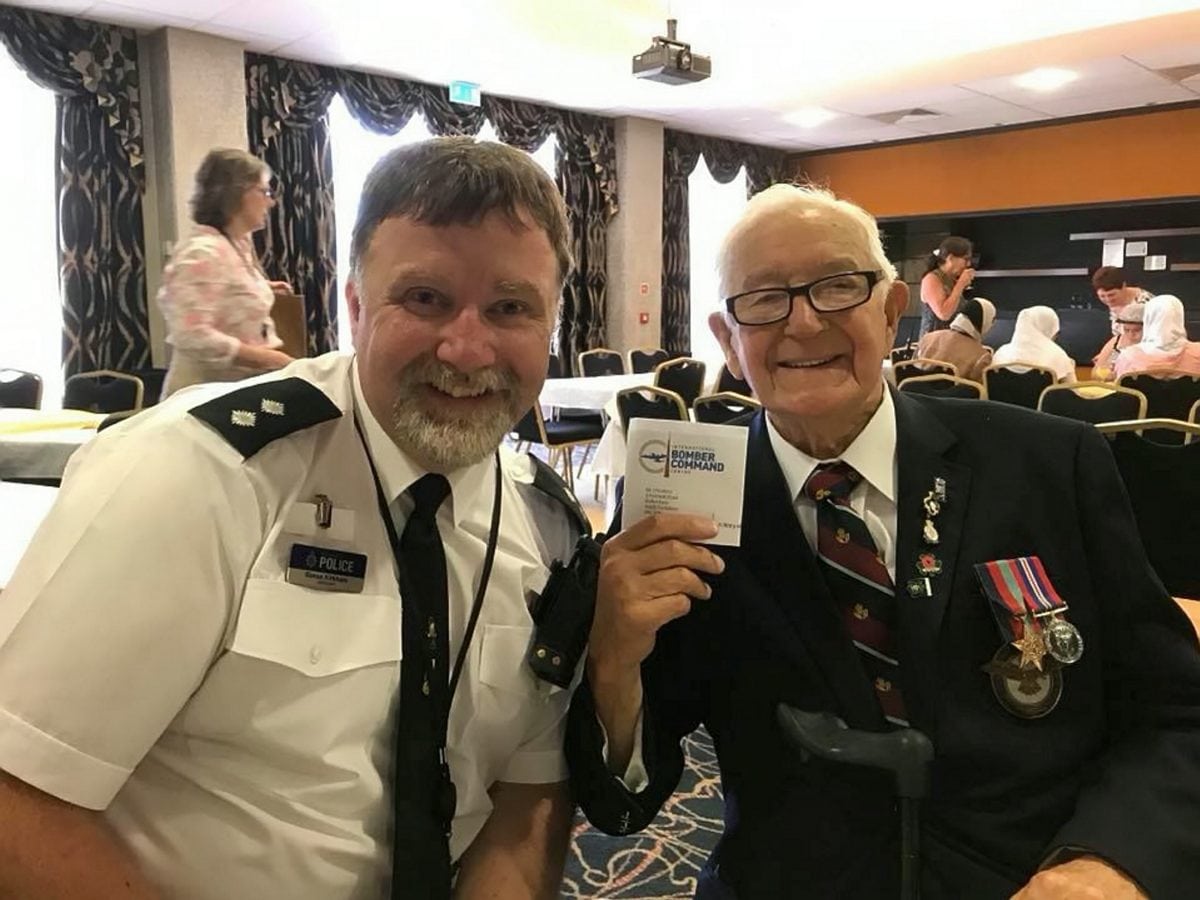 This is the incredible moment a 94-year-old RAF veteran returned to the cockpit to fly in a WWII Tiger Moth plane.

John Watkins joined the RAF in 1942 and later served with 617 Squadron – also known as “The Dambusters”.

Sergeant Kirkham, of South Yorkshire Police, met Mr Watkins, on Armed Forces Day and listened to his incredible story of his time spent in the air force.

Mr Watkins told Sgt Kirkham about the blitz and being “blown off his feet” the night the Luftwaffe visited his hometown of Rotherham, South Yorks.

With help from two of his friends who own a second world war Tiger Moth, the sergeant arranged to return him to the cockpit for an emotional flight.

Mr Watkins donned a set of leathers and beamed as the Tiger Moth, from the same year as Mr Watkins joined the RAF, circled the airstrip before taking to the air.

He was flown over his old airbase and around the surrounding area – making a number of low passes over the airfield before he landed safely after approximately 40 minutes in the sky.

Sgt Kirkham, who took Mr Watkins for fish and chips on the way back to his home, blamed becoming choked up during the flight on “hay fever”.

He said “What a character he is and it was an honour to be able to sort out this little adventure for him.

“Two really generous friends of mine realised that a 1942 Tiger Moth they owned was dated the same year John joined the RAF.

“This aircraft was also stationed at that time at RAF Hemswelll where John had also served. 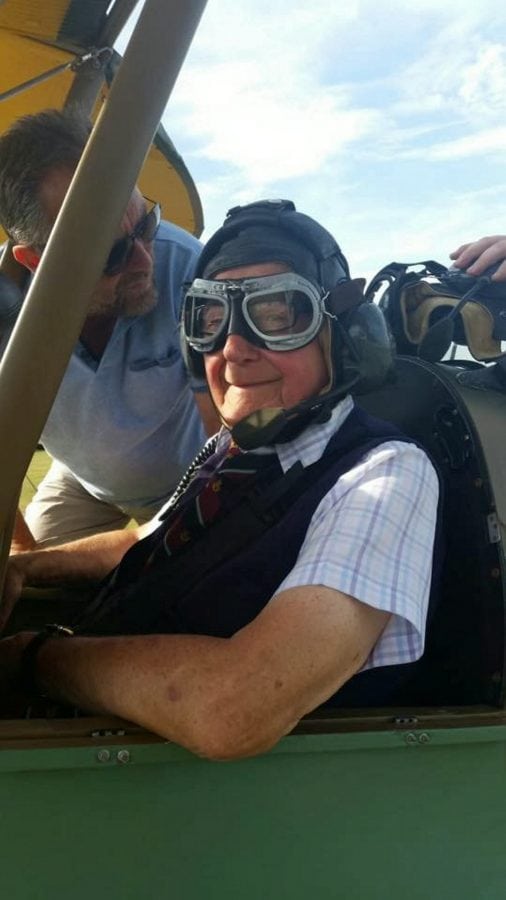 “He met my friends David Firth and Dick Flanagan and brought his photo album and shared his stories.

“They were as starstruck as I think I was.

“In glorious sunshine and perfect flying conditions John was dressed in leather flying helmet and introduced to Tiger Moth DE208 awaiting on the grass strip.

“With a couple of swings of the prop the aircraft came to life and John took to the air once again with a massive grin visible from where I stood with my camera.

“John defended this country during the war to allow people the freedom to live freely and this is just a small way to show him how much we appreciate what he did.

“We owe an enormous debt of gratitude to our ex and currently serving women and men.”

Mr Watkins served as an Air Gunner/Wireless Operator during World War Two before rising to Sergeant then eventually Warrant Officer.

He flew in many areas around the world in Liberator Bombers, Catalina Flying Boards and the massive Sunderland Flying boats.

He had also flown in Lancasters and a Halifax. 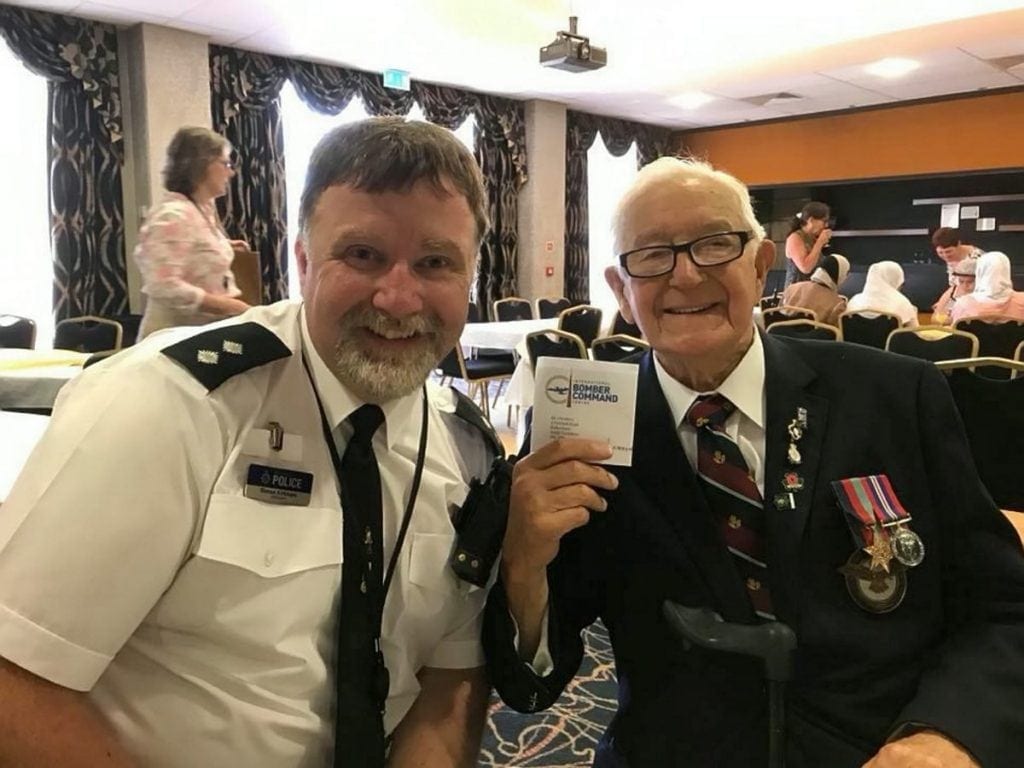 Later in his service he joined 617 Squadron of Dambusters fame and served as ground crew the night of the raid known for the ‘bouncing bomb’.