One victim was a nurse working 12-hour shifts on a Covid-19 ward, who needed her bicycle to get to and from work. 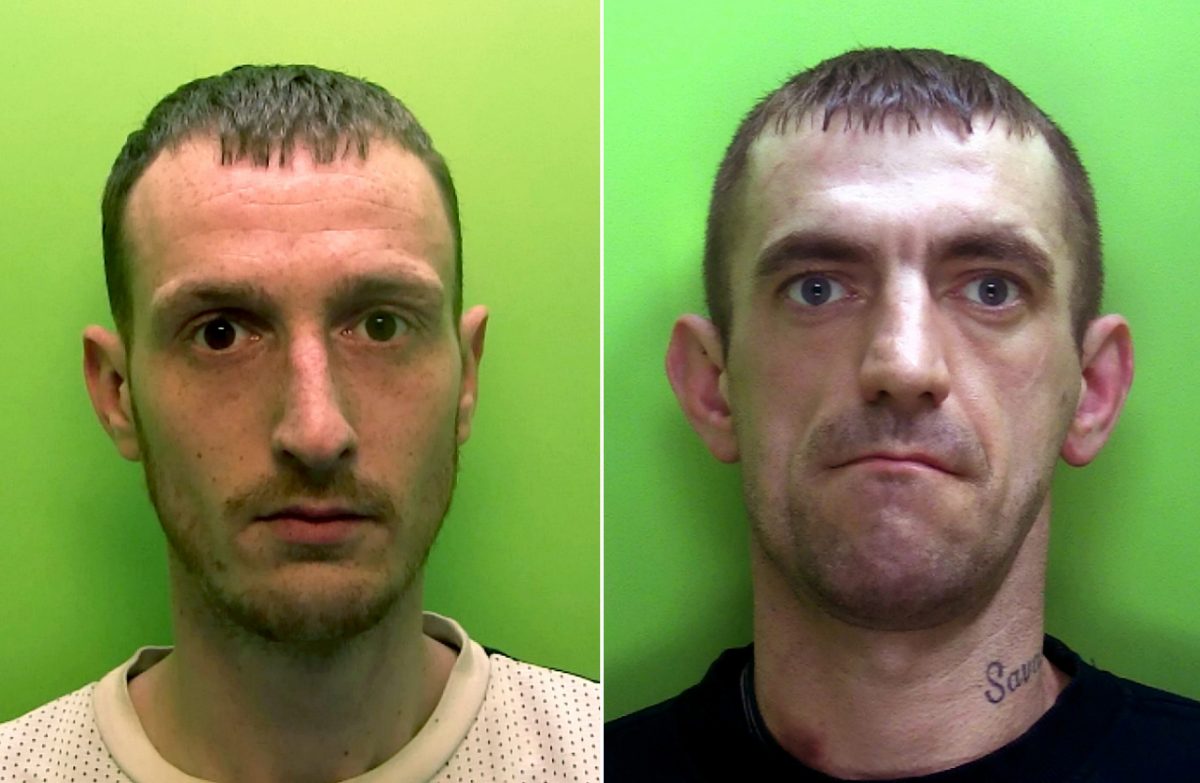 A pair of callous thieves who stole bikes from outside a hospital belonging to frontline NHS staff treating coronavirus patients have been jailed.

David Moran, 35, and Aaron Lancaster, 29, went on a crime spree on March 25 – just two days after Britain was put into lockdown.

One victim was a nurse working 12-hour shifts on a Covid-19 ward, who needed her bicycle to get to and from work.

Moran and Lancaster were quickly identified after Nottinghamshire Police issued a CCTV appeal following the thefts.

But when police swooped to detain Lancaster, he assaulted an officer and resisted arrest. He was also charged with obstructing a constable in the execution of duty.

Moran was additionally sentenced for assaulting an emergency worker after he threatened to spit at and “knock out” arresting officers.

Both men admitted the charges and five counts of theft and burglary with intent to steal when they appeared at Nottingham Magistrates’ Court on Wednesday (29/4).

Moran and Lancaster, of Nottingham, were each jailed for two years and ten months by Judge Timothy Spencer QC.

He described the “shame” in the case as “palpable” and said the two thugs were “quite rightly, ashamed” of their actions.

The judge added: “At the forefront of the battle against the epidemic is the work of those in the NHS.

“Hour by hour, even minute by minute, those workers put themselves at risk of contracting Covid-19 in order to save the lives of others.

“It would have been very clear to you two that these bike compounds were not access to the general public and were therefore used by employees on the site.”

Chief Superintendent Robert Griffin, the force’s head of local policing, described the pair’s crimes as “deplorable” and “disgusting” after the case.

He said “I’d like to thank the public for their help in identifying Moran and Lancaster.

“Their crimes are nothing short of deplorable and I am very pleased with today’s result.

“Our colleagues in the NHS are putting themselves at risk every day in the fight against Covid-19 and for them to have had this happen to them is disgusting.

“I’d also like to thank our officers and staff for the good police work which led to finding the men once they had been identified and then gathering the evidence to build a really strong case.”

One victim Karen Utodhan, 29, a nurse at the hospital, had just clocked off after a 13-hour shift helping patients suffering from the deadly Covid-19 virus.

She was about to head home to her lodgings when she noticed louts had stolen her bike and was forced to walk 45 minutes back home.

Dan Harvey, a consultant at Queen’s Medical Centre who also had his bike stolen, shared details about the incident online.

His post received a raft of support, including from former Great Britain Olympic Gold Medalist Chris Boardman, including offers to replace his bike.

Paul Barber, Security Manager at the hospital said after the case: “I would like to thank Nottinghamshire Police for their dedication and support they have shown to our staff following the theft of bikes at one of our hospitals.

“I would also like to thank the public for their generous offers of support to the staff members involved, to those offering their own bikes as a replacement and to those who helped identify the men who took the bikes.”