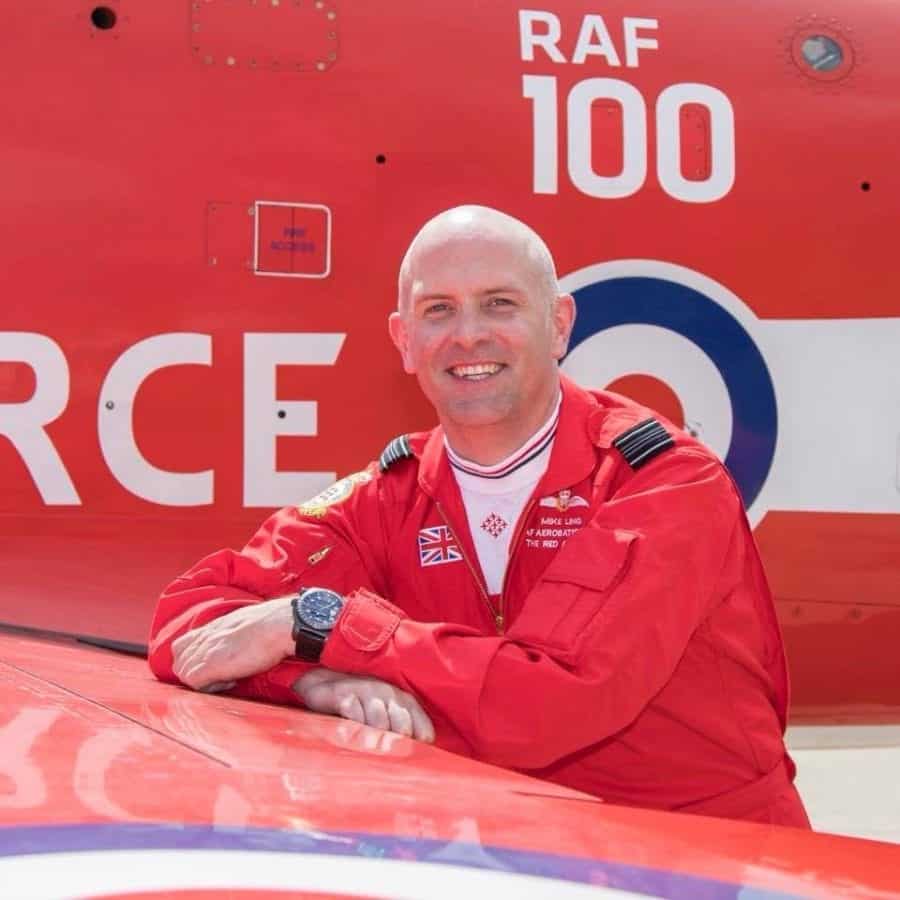 The longest-serving Red Arrows pilot ever has retired after 10 years and 2,585 flights.

Squadron Leader Mike Ling, 39, has flown 29 different Hawk jets for a total of 1,765 hours during his career, which has seen him visit 46 countries.

Over the last decade he has displayed over New York harbour, flown the Olympic opening ceremony and made a 22-stop journey to China.

The pilot, who joined the RAF in 1998, was part of the incredible RAF100 display over London this year and has even raced Lewis Hamilton in his F1 car.

Mike, originally from Biggin Hill, Kent, but now based at the unit’s HQ at RAF Scampton, Lincs., was selected at the age of 28 and joined the team in 2007.

Most pilots only get to be part of this elite unit for three years.

Mike, who made his final flight on October 10, said: “I have been incredibly fortunate to surpass that by a large margin and I’m into double figures this year.

“I have wanted to be a pilot in the Royal Air Force for as long as I can remember.

“I was hugely inspired by watching the Red Arrows display as a small child at the Biggin Hill Air Fair where I grew up.

“To have now been a big part of the team for such a long period of time is the best thing I could have ever hoped for.”

After joining the Arrows in 2007 as a display pilot he back as he came back as Red 10 supervisor for six seasons.

This year he flew over London in a formation of more than 100 aircraft as Red 3 for RAF’s centenary celebrations.

Mike, who was awarded the MBE by the Duke of Cambridge at Buckingham Palace in 2017, said flying over the last 10 years had been “incredible”.

He said: “I have seen a lot of people come and go on the team but they have all been brilliant and utterly committed with one common goal – to demonstrate the best of the Royal Air Force and the best of British.

“A big thank you to everyone that has supported me during my time in the team – I may actually get to spend a bit more time at home now!