A young Syrian refugee who only came to England last year has won one of the country’s most prestigious poetry awards. Amineh Abou Kerech, 13, could not even speak English before her family arrived in the UK in 2016 after four years of exile in Egypt. But now the teenager has been commended with the […] 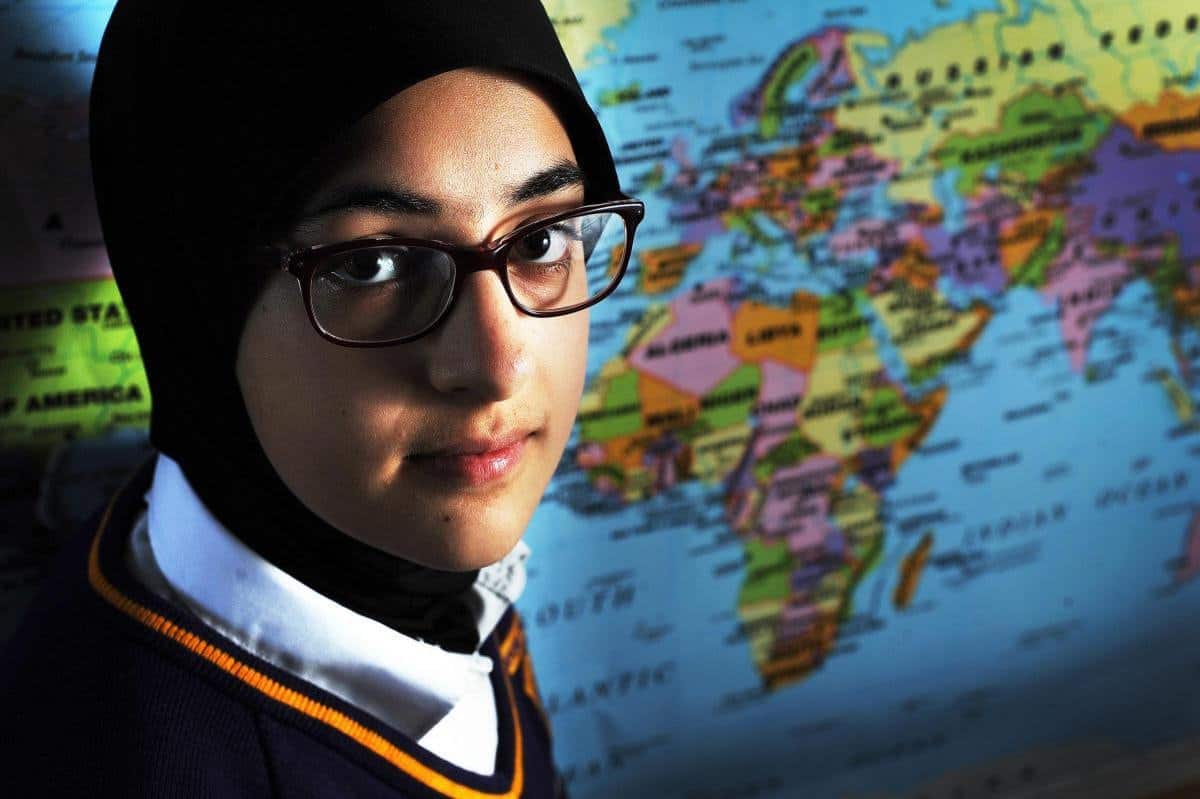 A young Syrian refugee who only came to England last year has won one of the country’s most prestigious poetry awards.

Amineh Abou Kerech, 13, could not even speak English before her family arrived in the UK in 2016 after four years of exile in Egypt.

But now the teenager has been commended with the prestigious national Betjeman Poetry Prize for a vivid poem that remembers the country she loved as a young child.

Speaking of her motivation for writing, Amineh said: “I left my city and everything behind. I want to go to Syria in my head, that’s why I write poetry.

“It helps me remember. I write about people, shops, everything back in Syria.

“I search for ideas in everything and then I start to make sentences in my own words.”

She added: “When I remember my Syria I feel so sad and I cry and start writing about her.”

The family were forced to flee their home in the Syrian capital of Damascus in 2011, when Amineh was just eight years old, due to heavy fighting in the ongoing civil war.

Her father, Mr Abou Kerech, 37, said: “I had a shop and many things in Syria. We left with nothing, no money – just the children and some clothes.

“Every month we had to move to a new house, a new city. We could not stay. We had to leave to build a better future for my children.”

The family spent four years exiled in Egypt, where young Amineh began obsessively writing poetry as a way of dealing with her experiences and remembering her home.

Her prize-winning poem, titled ‘Lament For Syria’, calls for ‘love, peace and virtue’ in a country of ‘mess, war, wreckage and misery’.

“Syria. I will not write poetry for anyone else,” Amineh writes in her poem.

The poem, written half in English and half in Arabic – and read as such at the prizegiving ceremony – beat 2,000 other entries from across the UK.

Speaking about the moment when she won the poetry prize, Amineh said: “I felt so happy and started crying.

“People were coming to me and asking me to sign and giving me presents and books. I want to say thank you to everyone who has helped me in Oxford.”

The Betjeman Poetry Prize, for aspiring 10-13-year-old poets, showcases a global perspective from a diverse range of young voices.

Amineh was encouraged to enter the competition, now in it’s twelfth year, by teachers at her school Oxford Spires Academy, where she is now in Year Nine.

Mel Tuck, the school’s head of English as an additional language department, said: “We have a lot of students in the school coming from other countries – over 40 native languages are spoken here.

“We really believe in students being able to do anything they want if we give them the right teaching. Amineh is a great example of that.”

“I found it really moving. It was passionate and complex,” said Rooney.

“She was asking: ‘How can I do myself justice through a poem? How can I create a homeland on paper?’ And then she was actually doing it. Amazing.”

And Riddell added: “It addresses a contemporary issue that’s been breaking all our hearts.

“It has a solemnity to it, but also the profound view that you get through a child’s eyes.”

Although the future of her birthplace remains uncertain, Amineh says she feels optimistic about her future in her new home.

“I feel so happy here because I have a future and things won’t be scare any more. Everything will be good, and we will always be in peace,” she said.

Oh Syria, my love
I hear your moaning
in the cries of the doves.
I hear your screaming cry.
I left your land and merciful soil
And your fragrance of jasmine
My wing is broken like your wing.

I am from Syria
From a land where people pick up a discarded piece of bread
So that it does not get trampled on
From a place where a mother teaches her son not to step on an ant at the end of the day.
From a place where a teenager hides his cigarette from his old brother out of respect.
From a place where old ladies would water jasmine trees at dawn.
From the neighbours’ coffee in the morning
From: after you, aunt; as you wish, uncle; with pleasure, sister…
From a place which endured, which waited, which is still waiting for relief.

Syria.
I will not write poetry for anyone else.

Can anyone teach me
how to make a homeland?
Heartfelt thanks if you can,
heartiest thanks,
from the house-sparrows,
the apple-trees of Syria,
and yours very sincerely.