A 82-year-old woman was left bloodied after she was badly beaten and strangled with her dog lead in an unprovoked attack. Catherine Smith first spotted her attacker a woman as she took her dog for a walk in her mobility scooter in a nature garden in south London. As she headed home she saw her […] 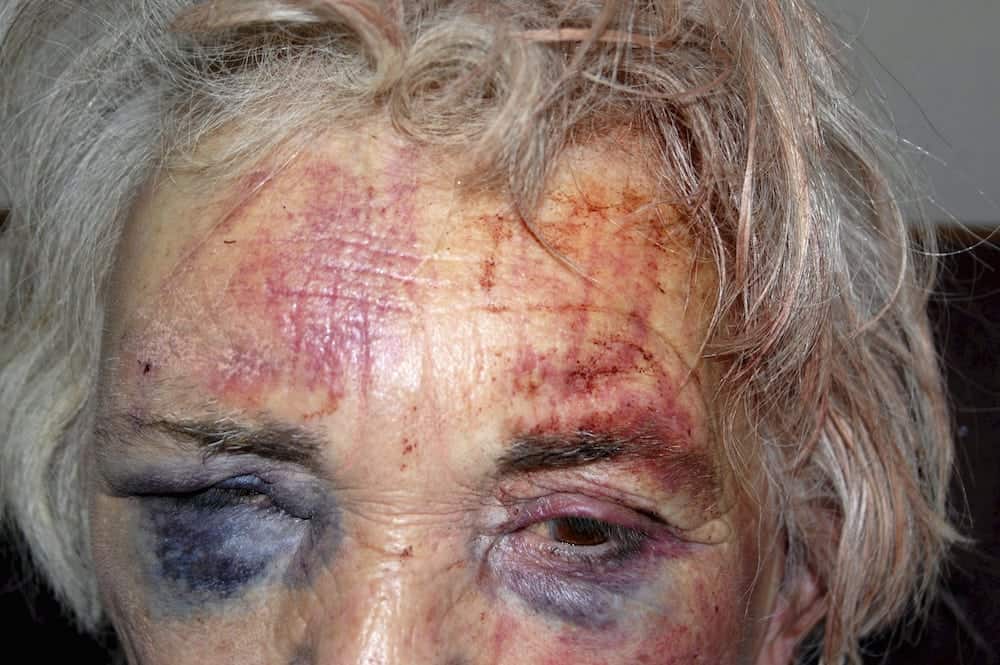 A 82-year-old woman was left bloodied after she was badly beaten and strangled with her dog lead in an unprovoked attack.

Catherine Smith first spotted her attacker a woman as she took her dog for a walk in her mobility scooter in a nature garden in south London.

As she headed home she saw her attacker sitting on the wall outside her home and was asked “where’s Tracey?”

Ms Smith told the woman she did not know who Tracey was and refused to give the woman any money despite repeated demands.

She went inside and closed the door but the woman rang the bell and asked if she could use the toilet.

When Ms Smith refused the woman barged the door sending falling backwards and hitting her head on the floor.

There was a struggle before the woman grabbed Ms Smith’s s dog lead, wrapped it round her neck and started to strangle her.

Her attacker ran off and Ms smith cries for help alerted passers-by and she was taken
to a west London hospital with serious injuries.

Now Scotland Yard detectives are hunting her attacker who was a white woman, about 5ft 5ins tall, of slim build, with slick backed black hair.

She was wearing a khaki coloured zipped coat, multi-coloured trainers and tights.

A police spokesman said: “Detectives in Lambeth are appealing for information and witnesses after an elderly woman was brutally assaulted in an unprovoked attack.

“On Thursday, 27 July, the victim, 82-year-old Catherine Smith, was out on her mobility scooter whilst walking her dog in the Palace Road Nature Gardens, Streatham which is where she first saw the suspect.

“Catherine then left the gardens and headed home to Lydhurst Avenue, Steatham arriving back at about 1pm.

“As Catherine arrived back at home, a woman – who she does not know – who had been in the gardens, was sitting on a wall outside the front of her property.

“Catherine said she did not know a Tracey, went inside her home and shut the door.

“The suspect then rang the doorbell and asked Catherine if she could use her toilet.

“Catherine said no and the suspect became aggressive by pushing open the front door which caused Catherine to fall backwards and hit her head.

“There was a struggle before the suspect grabbed the victim’s dog lead, wrapped it round her neck and started to strangle her.

“The suspect then ran off in an unknown direction.

“Catherine called for help and members of the public rushed to her aid, saw her covered in blood and called the police.

“Catherine was taken to a west London hospital with serious injuries. She has since been discharged.”

Detective Constable Vicky Vincent said: “This was a vicious unprovoked attack on an elderly vulnerable woman’s own doorstep.

“The attack has left her very distressed.

“We believe the suspect spotted Catherine in Palace Road Nature Gardens and for unknown reasons decided to follow her home, harass her and then brutally assault her.

“We would encourage anyone with information or any witnesses to contact us as a matter of urgency so we can bring the person responsible for this heinous crime to justice.”