Two squaddies and a civilian accused of being members of a banned neo-Nazi group were told they will face trial next year when they appeared at the Old Bailey. Lance Corporal Mikko Vehvilainen, 32, Private Mark Barrett, 24, and civilian Alexander Deakin, 22, were allegedly part of National Action. The far-right group was outlawed last […] 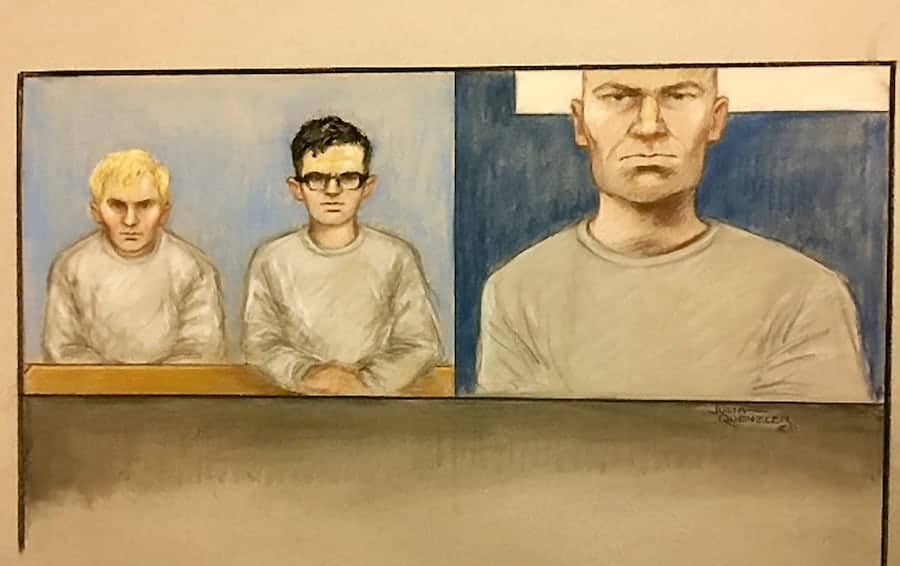 Two squaddies and a civilian accused of being members of a banned neo-Nazi group were told they will face trial next year when they appeared at the Old Bailey.

The far-right group was outlawed last December on the grounds it is ‘virulently racist, anti-Semitic and homophobic’.

The three men are all charged with membership of a proscribed organisation, alleging they were members of National Action between December 17 2016 and September 5 2017.

Deakin also faces one count of distributing a terrorist publication, which claims he sent a document called “Ethnic Cleansing Operations” on Skype to three people on October 30 2015.

He is charged with possessing a document containing terrorist information between July 22 2015 and September 5 2017.

It alleges he had a document titled “2083: A European Declaration of Independence by Andrew Berwick”.

The document is a manifesto written by racist Norwegian terrorist Anders Breivik, who murdered 77 people and injured 319 others in July 2011.

The manual is said to contain information likely to be useful to a person committing or preparing an act of terrorism.

He is also accused of publishing written material which is threatening, abusive or insulting, by posting comments on the website Christogenea.org, intending to stir up racial hatred.

And he faces one count of possessing a weapon designed or adapted for the discharge of a noxious liquid – namely pepper spray – on September 5 this year.

All three men were charged following an investigation by West-Midlands Counter-Terrorism Unit and the Ministry of Defence.

The trio appeared at the Old Bailey today (thurs) for a preliminary hearing via video link, all wearing grey prison-issue tracksuits, and spoke to confirm their names.

Vehvilainen appeared from Belmarsh prison, with his shoulders and head visible, while the other two appeared from Winchester jail sitting next to each other behind a desk.

Mr Justice Holroyde set a trial date for March 5 next year, which is expected to last for four weeks.

The trial will take place at Birmingham Crown Court.

A plea and case management hearing and preparatory hearing will take place at the same court on January 3 2018, when the defendants will appear by video link.

Deakin, of Beacon Road, Great Barr, West Midlands, Vehvilainen, of Sennybridge Camp, Brecon, Powys, and Barrett, based at Dhekelia Garrison in Cyprus, were all remanded in custody.