This deadly array of knives and guns were handed into a single police force in just a four month period as part of their latest weapons amnesty. The chilling haul of 184 knives or sharp objects, two hand guns and two BB guns were found in 12 weapon surrender bins across the West Midlands. Two […] 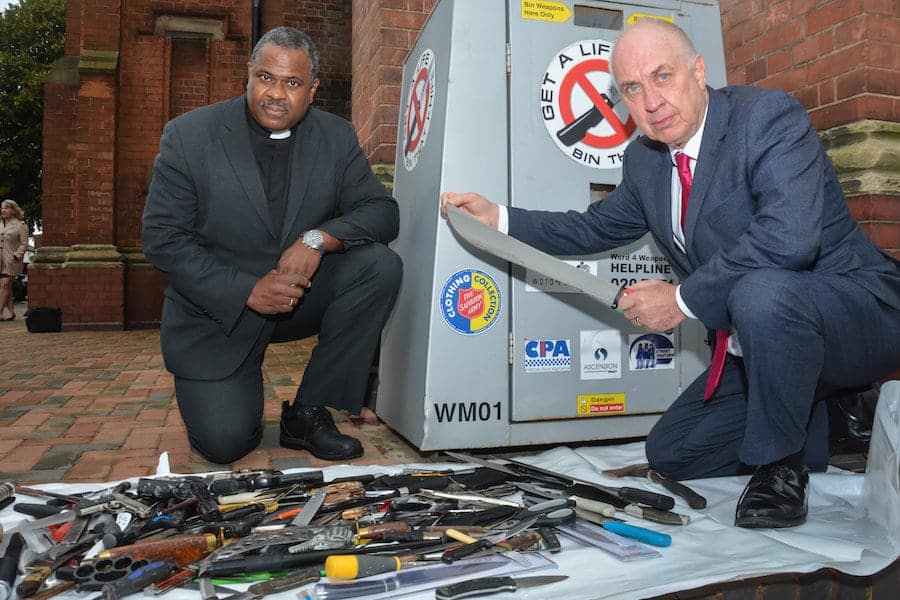 This deadly array of knives and guns were handed into a single police force in just a four month period as part of their latest weapons amnesty.

The chilling haul of 184 knives or sharp objects, two hand guns and two BB guns were found in 12 weapon surrender bins across the West Midlands.

The bin where the most knives were recovered was based in West Bromwich, West Mids., where a shocking 94 weapons were found.

The containers, which have been emptied this week, offer people a safe place to dispose of weapons, without fear of being prosecuted.

West Midlands Police and Crime Commissioner David Jamieson said: “Every weapon deposited in a knife bin in our region is one fewer on the streets.

“I’m pleased to say all the knives and guns will now be destroyed.

“These bins are only successful if the community supports them and I would like to thank everyone who deposited a weapon, or encouraged someone else to do so, for doing the right thing.

“Our streets are safer as a result of these bins.

“If anyone out there has a weapon – or knows someone who does – I would urge them to get rid of it in a surrender bin as soon as possible.”

Councillor Syeda Khatun, Sandwell Council’s deputy leader and cabinet member for neighbourhood and communities, said: “I’m pleased and relieved to hear these knives are now off Sandwell’s streets thanks to this weapons surrender bin.

“The consequences of carrying a weapon can be devastating for individuals, families and the wider community.

“I hope more people will be encouraged to come forward to surrender weapons they may be carrying, because an incident can easily become very serious, and even fatal, when knives are involved.”

Michael Smith, Founder and CEO of Word 4 Weapons, the organisation which supplie the bins, said: “Since 2014 we have worked successfully alongside the PCC’s office by providing safe and secure Knife Bins for the collection and disposal of deposited weapons. 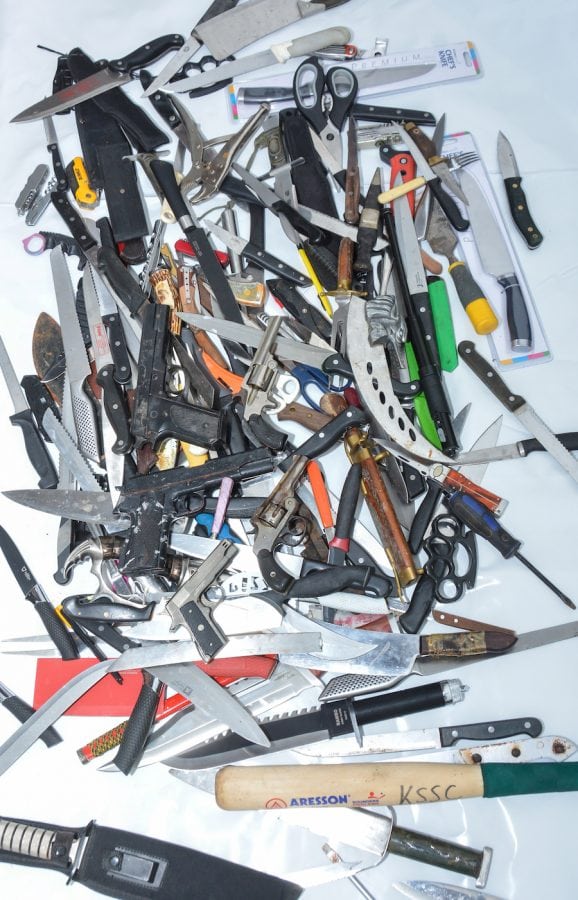 “The partnership has resulted in the removal of a significant amount of weapons from the streets, as well as co-ordinating the delivery of our anti-knife and gun crime workshops to a number of schools in the area.

“It is our aim to continue educating young people both in the West Midlands and nationally, on the dangers of knife and gun crime.

“In addition we aim to further promote the roll-out of our Knife Bins across the UK.”