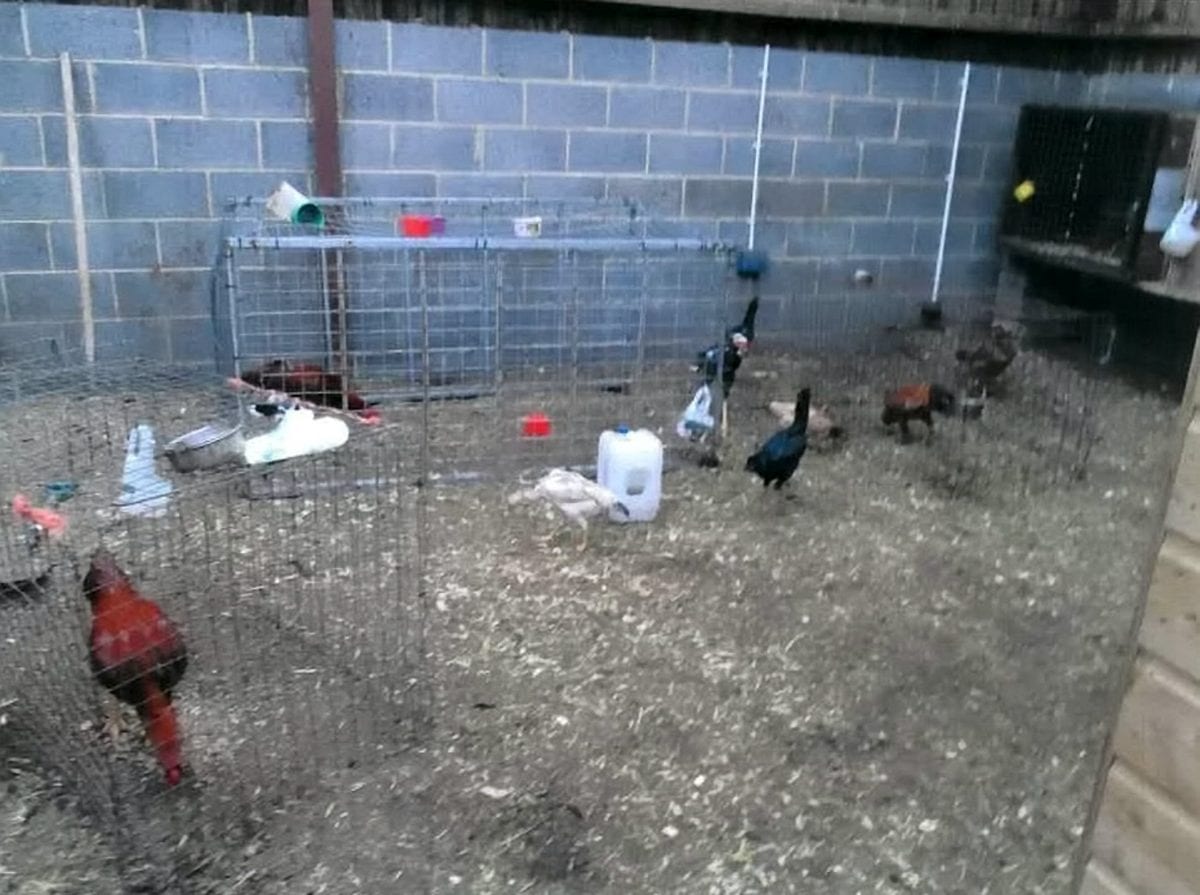 A “sick” animal abuser has been jailed for cockfighting in a shocking case that’s been described as “horrific” and “abhorrent”.

William Henry Welch, 29, was found guilty of forcing cockerels to fight, keeping them for fighting and being present at cockfights.

Police, who obtained footage of the fights recorded on a mobile phone, described the abuse as one of the worst examples of animal cruelty they had ever seen.

Appearing at Harrogate Magistrates Court yesterday Welch was sentenced to 20 weeks behind bars.

Police were tipped off about the cockfighting by an anonymous caller and descended on a premises near Stokesley, North Yorks.

A number of men were there and officers seized a total of 27 live birds, some of which were bleeding from fresh cuts to the body and head.

North Yorkshire Police also found bird feathers and bloodstains on the floor and carpet of a stable block.

A mobile phone with cockfighting videos on it was recovered from Welch and proved he had been present at a number of fights in December 2017 and January 2018.
.
Investigators described the extremely graphic video footage on the phone as “sickening”.

As well as a custodial sentence Welch, from Darlington, was disqualified from keeping all animals for 20 years and ordered to pay £2,000 in costs.

Jailing Welch, magistrates told him: “You put your own recreational needs before the welfare of your animals, in the most horrific and abhorrent circumstances.”

Sergeant Kevin Kelly, of North Yorkshire Police’s Rural Taskforce, said: “This is one of the worst examples of animal cruelty I have seen in over 15 years of police service.

“I took the decision not to have the investigating officers view the video footage due to its extreme graphic nature and scenes of catastrophic suffering to the animals involved.

“The jail sentence should be seen as a stark warning to animal abusers up and down the country that the police and the RSPCA, given the chance, will come for you.”

During the court case the RSPCA provided expert evidence about the condition of the birds and arranged for their safe storage and ongoing care.

“Not only was this an organised and planned cockfight, it was watched and recorded on video.

“To have to view these sickening videos is very distressing.”

As part of the same case, William Chates, 53, of Darlington, pleaded guilty to being present at an animal fight.

He was sentenced to 120 hours of unpaid work and disqualified from keeping all animals for 10 years, and £170 costs.

Parliamentary Sketch 21st Oct – Going out steeling with the Chinese