The snakes were abandoned in Frome, Somerset 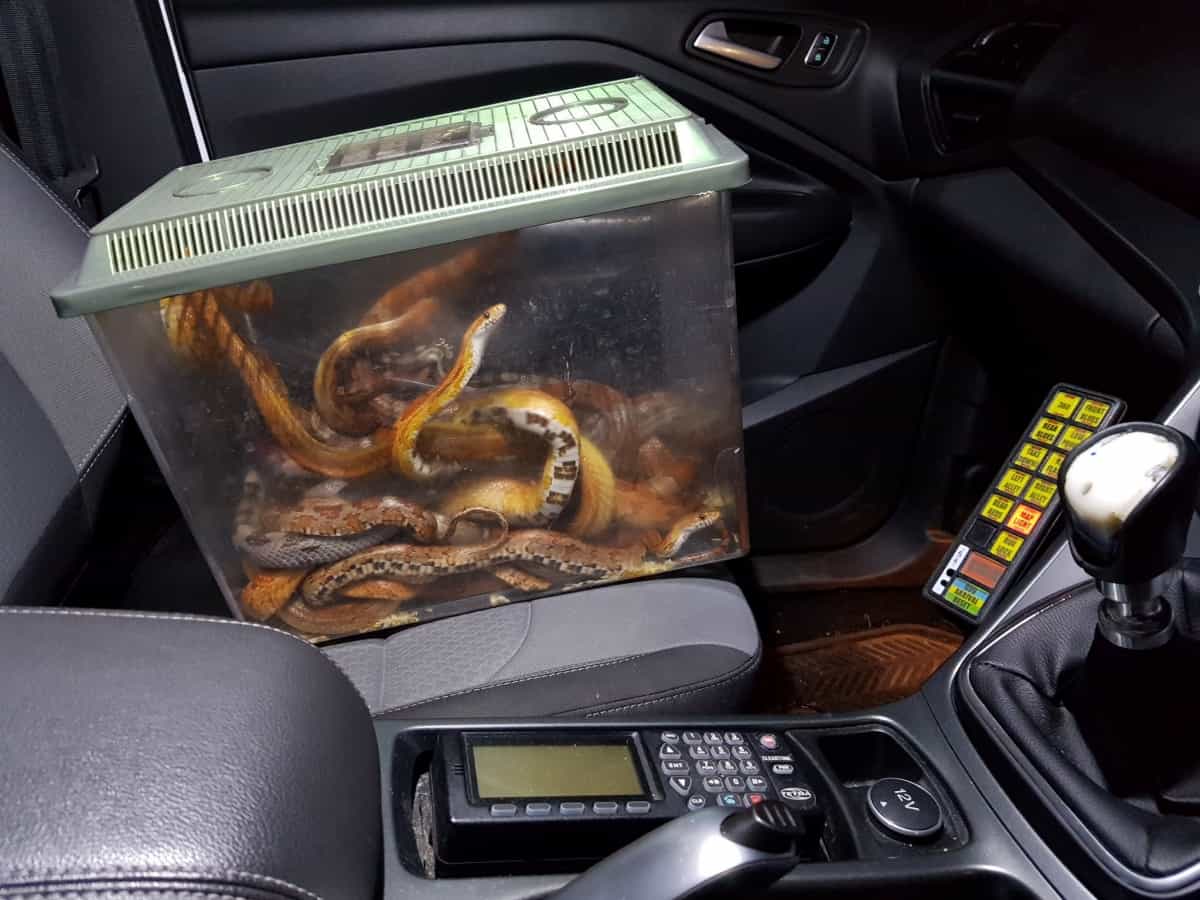 Two police officers were shocked when they were called to a vets – and found a cardboard box full of SNAKES.

A group of youngsters called police after they found the animals, and officers from Avon and Somerset Police special constabulary were dispatched.

When they arrived, they found the youngsters had a cardboard box which contained four or five live SNAKES.

It is believed the snakes may have been abandoned outside the vets in Frome, Somerset, and they are now in the care of the RSPCA.

A spokesperson for the force said: “We were called to a group of youngsters outside a vets at Broadway Junction, Vallis Way in Frome at about 12.30am this morning.

“They had a cardboard box which contained four or five snakes, which it appears had been dumped outside the vets.

“We contacted the on-call vet took them and was contacting the RSPCA.”