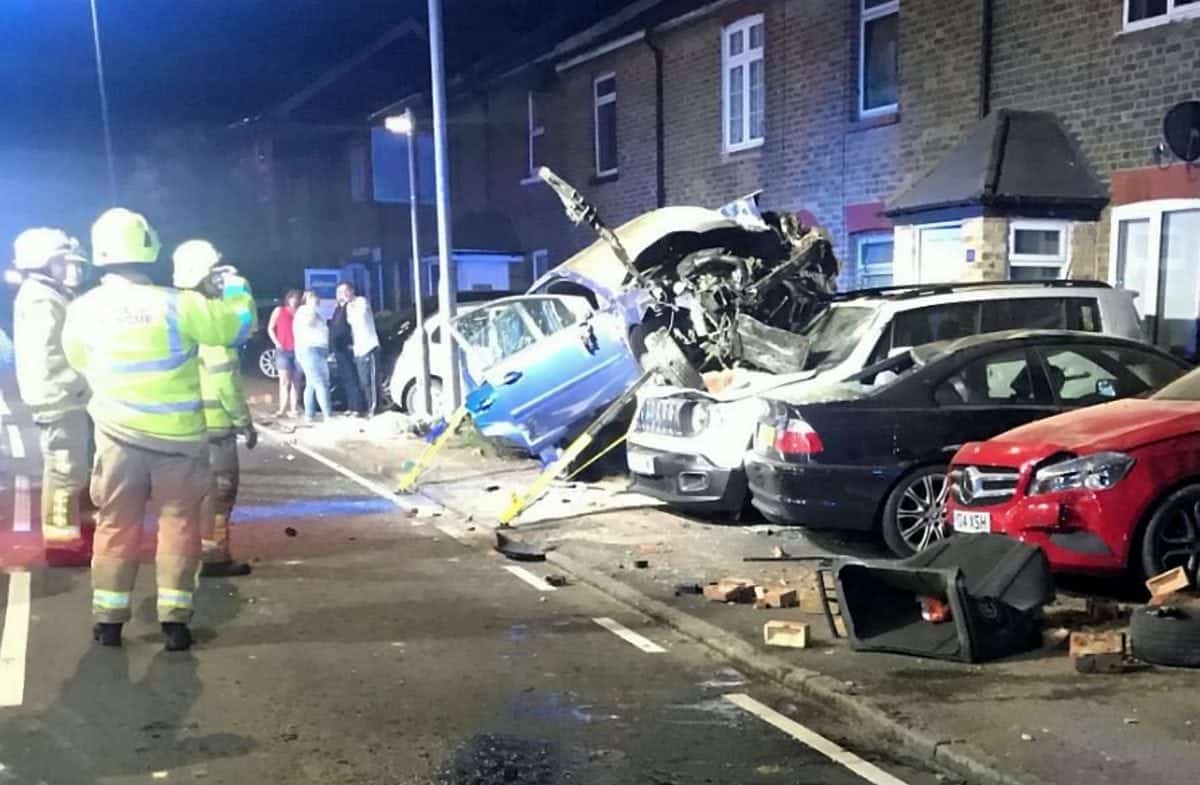 Shocking pictures reveal the damage caused by a suspected drink and drug driver after he ploughed into SEVEN cars.

Police were called to reports of a Ford Fiesta that had crashed into a line a vehicles in Thornwood, Essex just before 10pm on Friday.

Images taken at the scene show the mangled vehicle, which has come to a stop on the crumpled bonnet of a White Jeep parked in front of a line of terraced houses.

A BMW and a Mercedes can also be seen next to it, both smashed by the Fiesta. 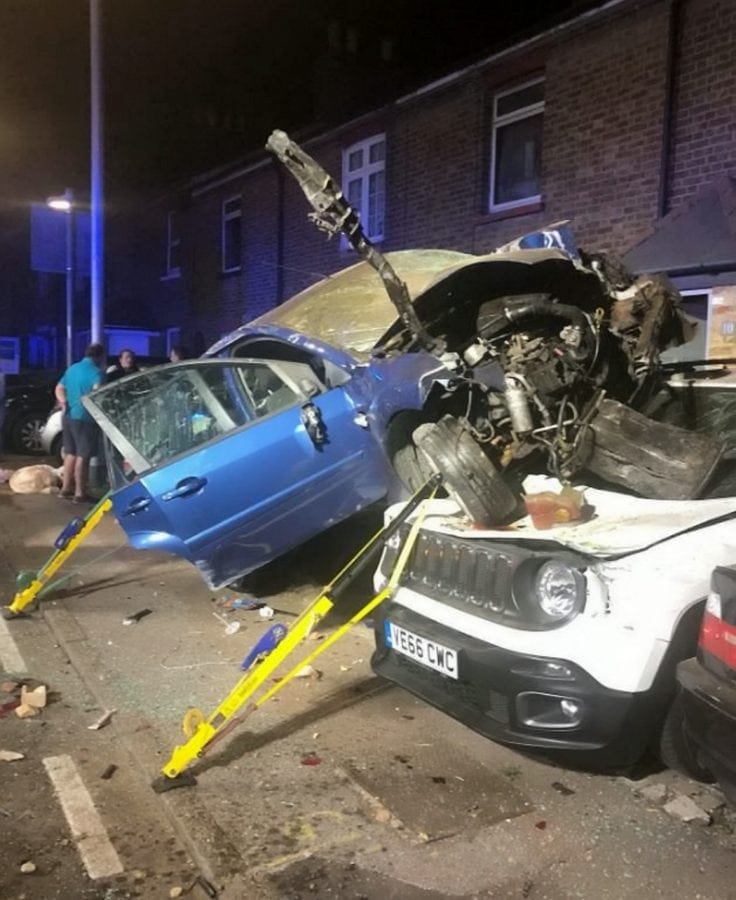 He tweeted: “Currently on scene at multi RTC in Epping. Number of units in attendance, fire and ambulance also on scene.”

The East of England Ambulance Service also posted images on social media, saying that the driver had damaged other “private property”.

They also confirming that Essex Air Ambulance had attended the scene.

The driver, a man in his 20s, was taken to hospital to be treated for serious injuries.

He has since been arrested on suspicion of drink or drug driving and careless driving.

An Essex Police spokesman confirmed that a total of seven cars were damaged. 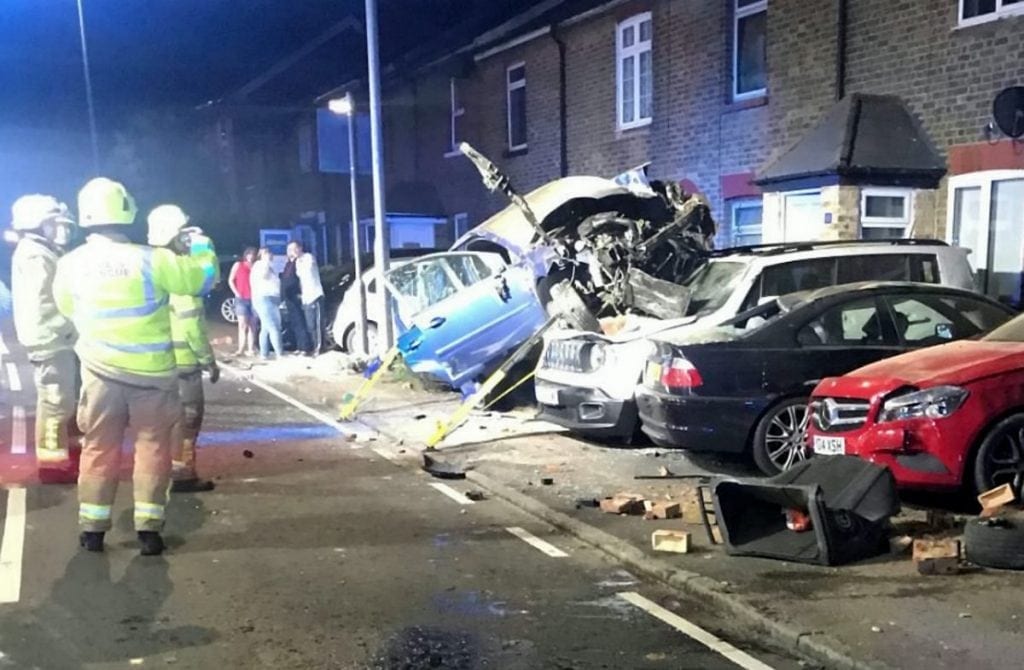 The spokesman said: “We were called a little before 10pm with reports that a Ford Fiesta was being driven at speed and erratically in the Thornwood area.

“Officers attended the High Road, and found that the Fiesta has come to a stop before colliding with a number of parked vehicles.

“The driver suffered serious, but non-life threatening injuries and was immediately taken to hospital, where he is undergoing treatment.

“The man, who is in his 20s, has been placed under arrest on suspicion of drink or drug driving and careless driving.”