This is the shocking moment a police officer was battered in a mass brawl which erupted after an argument about a MAN BAG. Footage captured by an onlooker, which has been viewed more than 43,000 times, shows around ten young people fighting in the street. Witnesses say fists started to fly after a reveller had […] 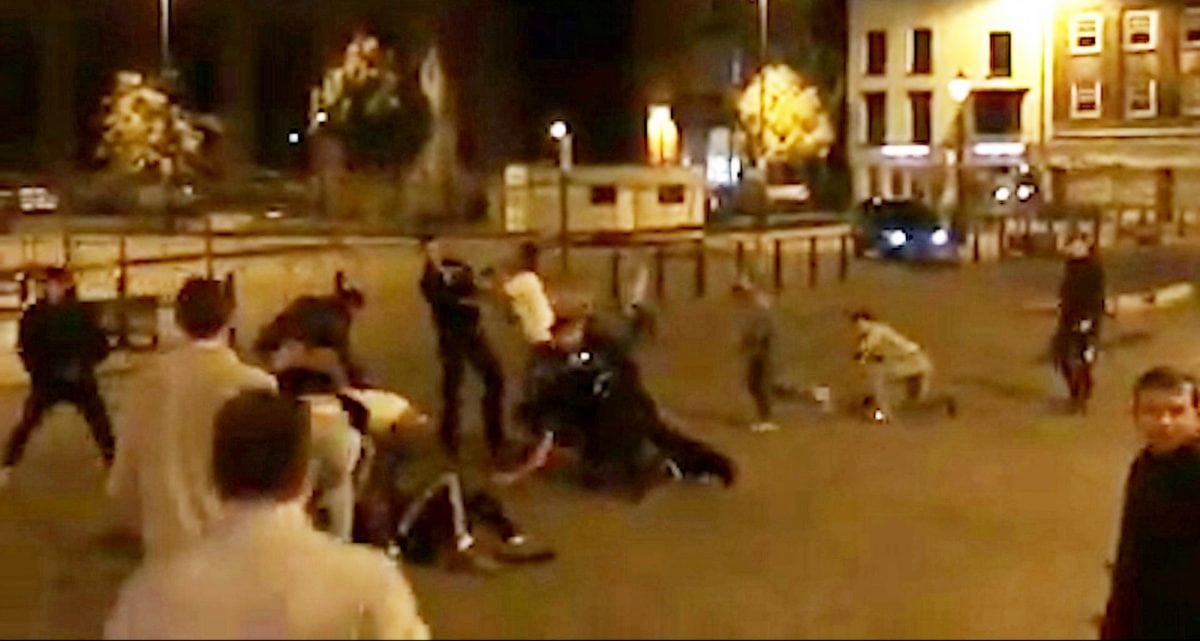 This is the shocking moment a police officer was battered in a mass brawl which erupted after an argument about a MAN BAG.

Footage captured by an onlooker, which has been viewed more than 43,000 times, shows around ten young people fighting in the street.

Witnesses say fists started to fly after a reveller had his man bag stolen before trying to take it back from the thief.

Multiple people can be heard saying, “come on then” before the fight spirals out of control.

Men can be seen grappling with each other before police and security officers rush towards the melee in an attempt to break it up. 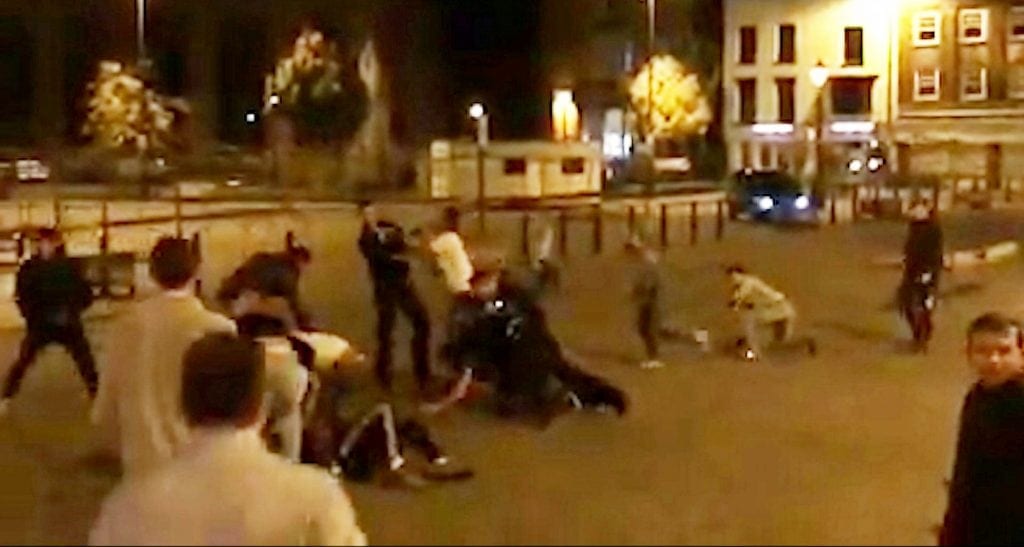 Shockingly, an officer can be seen being knocked to the ground by a man in a white t-shirt, who repeatedly punches him in the face.

The officer retreats and tries to fend off the savage attack but goes down on the third punch.

Some of the thugs can be heard laughing as the cop is sent sprawling onto the ground.

The man who filmed the ugly scenes at around midnight last Friday (7/10) in Boston, Lincs., stopped recording when he saw the officer hit the floor and rushed to his aid, shouting “officer down”.

George Baldwin, 21, filmed the footage while on a night out.

The confined space specialist, who works in the water industry, intervened after he saw the policeman in trouble.

He said: “I was on a night in Boston with the rugby team and a fight broke out after a man tried to steal a man bag.

“I got my phone out and started recording, as you saw by the footage a police officer was repeatedly hit in the face causing him to fall to the ground.

“At that point I dropped my phone on the floor and ran over to assist the officer by rugby tackling the attacker to the ground and fought with him until other officers arrived to help.

“At that point I got off the attacker and along with other members of the rugby team and police helped disperse a large crowd that had formed watching what had just happened.”

An eyewitness said: “I have been told the brawl broke out because a man stole another person’s man bag.

“The thief was then jumped by seven men and some other men were breaking it up.”

Social media users reacted with anger after watching the violence.

Phil Riches said: “What a lovely advert for our town.

“The c**kwombles involved should feel proud of themselves.

“Not a brain cell between them.”

Luke Hendry said: “This actually doesn’t surprise me, this town is ridiculous.

“Punching police, wow you go big man… hope they all got locked up.”

Will Charlesworth said: “Anyone who thinks it’s funny or good that a Police Officer has been attacked doesn’t deserve to be part of society.

“I hope you never need the Police to help your children or families.

“Pondlife scum, best off staying in the sewers.”

Lincolnshire Police said the officer luckily escaped serious injury and confirmed that a 34-year-old man has been charged with assault.

A spokeswoman said: “Gabriel Turca, 34, of Woad Farm Road, Boston, has been charged with assaulting a constable.

“He will appear before Boston magistrates on November 1.

“Two other men were cautioned for public order offences.

“There were three arrests for public order offences but all were later released with no further action.

“There were no significant injuries to the officer and this is an example of what sadly most officers face routinely when dealing with incidents of disorder.”