Seven police officers were treated in hospital today and around 60 people evacuated from their homes after a chemical hazard alert in an upmarket road. The incident began around 5am as police conducted what they described as ‘a routine arrest’ at an address where surrounding properties are worth £1.2 million. The occupant of the Oxford […]

Seven police officers were treated in hospital today and around 60 people evacuated from their homes after a chemical hazard alert in an upmarket road.

The incident began around 5am as police conducted what they described as ‘a routine arrest’ at an address where surrounding properties are worth £1.2 million.

The occupant of the Oxford house alerted them to a potential chemical hazard at his property and neighbours were roused from their beds and evacuated.

Seven police officers suffered minor irritation from the unidentified substance and two were being detained in hospital overnight.

A 34 year-old man at the house was arrested on suspicion of harassment without injury and taken into custody. He was also slightly affected by the substance.

A local nursery was closed for the day and around 90 parents were told to keep their children away. 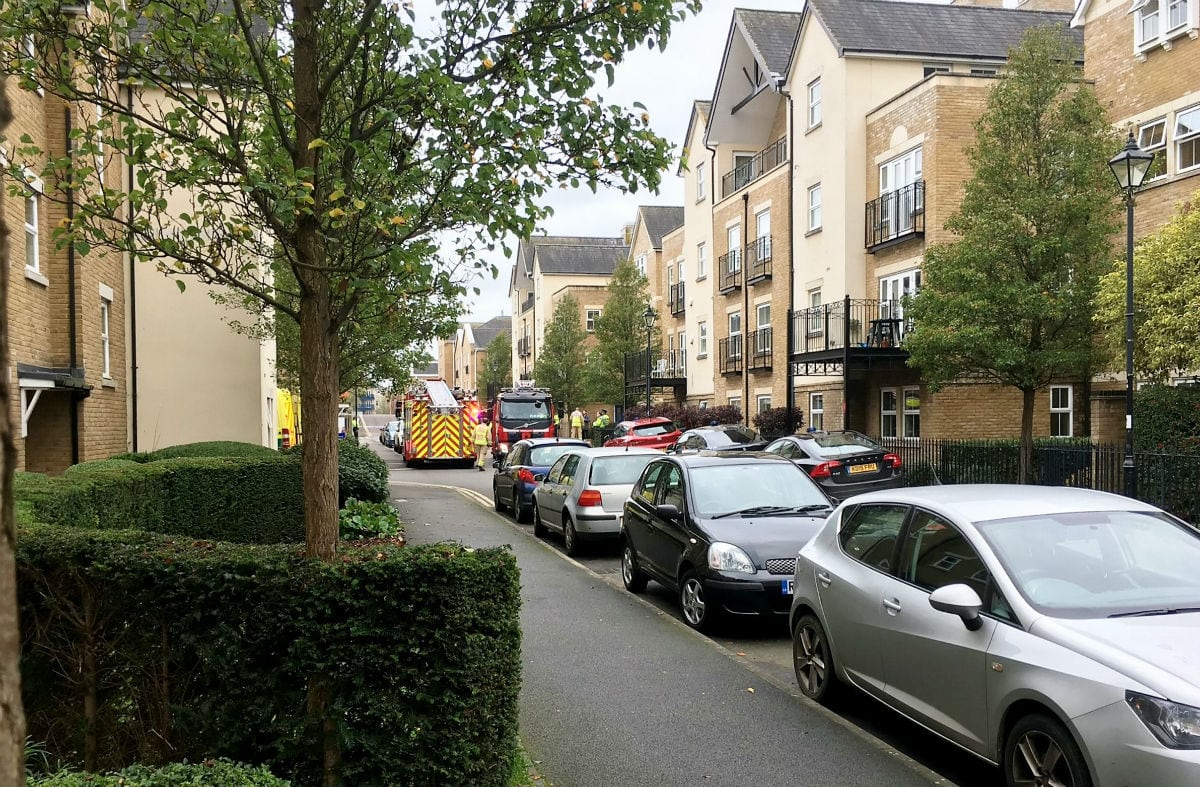 Police said the incident was not terror related.

It happened in Elizabeth Jennings Way, a road of smart townhouses worth up to £1.2 around a mile and a half from Oxford city centre.

Evacuated residents were being cared for at an emergency facility at nearby St Hugh’s College.

Local Lib-Dem councillor John Howson was called to the scene to help residents at 8am.

He said: “All three of the emergency services have acted extremely professionally and quickly.

“As it was a police operation in the first place officers were able to immediately call the hazardous chemicals team when they spotted the danger.”

Police said: “Thames Valley Police officers and members of the fire and ambulance service are currently at the scene of an incident in Oxford.

“Officers were conducting a routine arrest at a property in Elizabeth Jennings Way, Oxford this morning at 5.16am.

“They were made aware by the occupant of a potential chemical hazard and precautions were taken as a result.

“The property was evacuated but at this time there are no reports of any members of the public being injured.

“Seven officers were affected by the substance which caused some of them minor irritation and two are being kept in hospital overnight.

“The only people affected are the officers and arrested person.

“The property is safe. Officers are attending and continue with their search and investigation and it is hoped that residents will be allowed to return during the course of the day.

“The incident is not being treated as terrorism-related.

“The man arrested, a 34-year-old from Oxford, is in police custody on suspicion of harassment without injury.”