Depraved Kevin Lemm, 37, preyed on the vulnerable 60-year-old as she walked home from the pub late one night and attacked her from behind 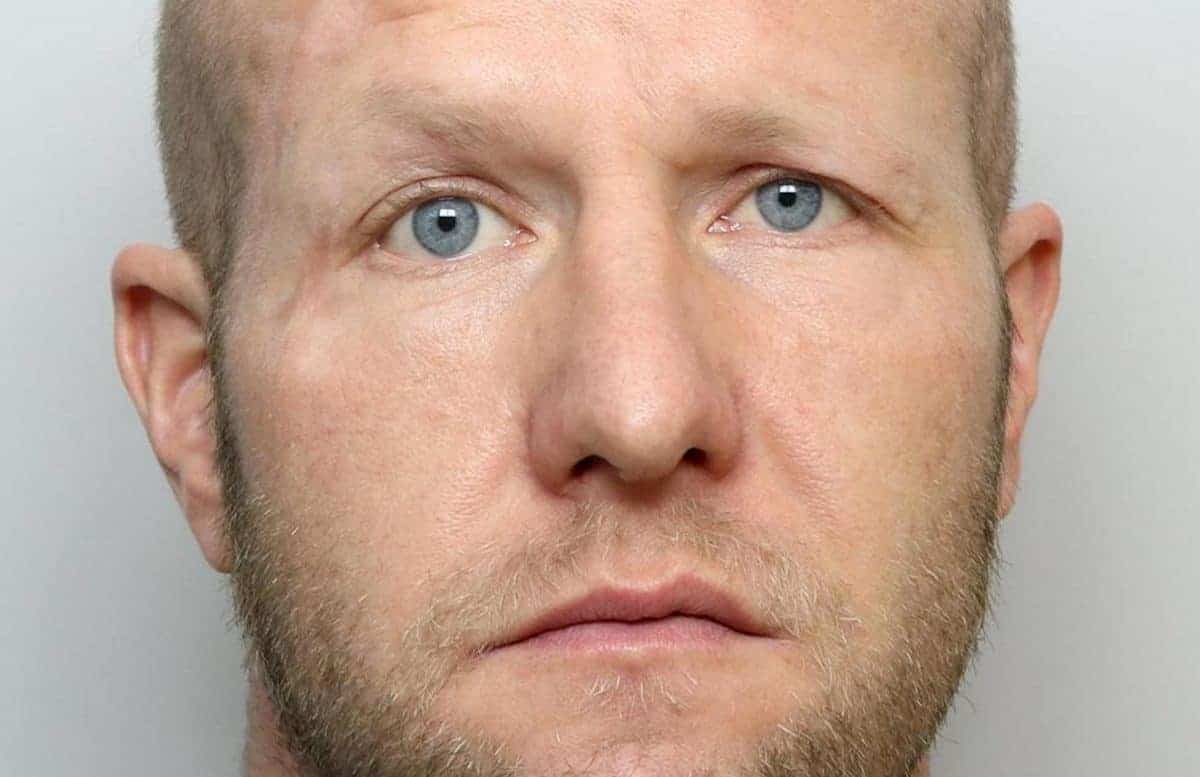 A “sadistic” man who “waited for an opportunity” before brutally raping a gran-of-four at knife-point as she walked home in the dark has today (Mon) been jailed for life.

Depraved Kevin Lemm, 37, preyed on the vulnerable 60-year-old as she walked home from the pub late one night and attacked her from behind.

The sick predator raped his victim before using a stanley knife to slash her buttocks and groin in a 15 minute sustained attack, a court heard.

It was heard Lemm took “pleasure” and got “a kick” out of hurting the woman before robbing her and threatening to kill her if she told anyone what he’d done.

Appearing via video link at Leeds Crown Court today (Mon), the emotionless defendant was sentenced to life in prison with a minimum term of nine years.

He pleaded guilty to rape, robbery, grievous bodily harm, threatening to kill and possession of a blade, at a hearing last month.

The court heard the attack happened on January 3 this year in Castleford, West Yorks., after the victim, who can’t be named for legal reasons, had spent the evening at a pub with friends.

Lemm had also been at a pub in the area with co-workers but had been thrown out for making inappropriate sexualised remarks to a female bar worker.

The victim was walking a short distance to her home at around 11.30pm when Lemm approached her from behind and pushed her to the ground.

The attacker then forced himself on the victim and raped her before turning her over and cutting her back and groin with a stanley knife, it was heard.

In a victim impact statement read by prosecutor Brian Russell, the woman said she pleaded with Lemm to stop and told him she had grandchildren.

She added she didn’t think she would “get out alive”.

Lemm then robbed a number of her possessions and told her if she told anyone he would kill her.

The victim managed to get to her feet and walk towards her home before a member of the public noticed her bleeding and stopped to help.

She was rushed to hospital in Leeds where she required more than a dozen stitches to two wounds on her buttocks and surgery on her groin.

Police officers arrested Lemm at his home just hours later, at around 6am on January 4, when they found the victim’s possessions, including her underwear, in his bedroom.

Lemm refused to cooperate with police at the time but pleaded guilty at a pre-trial hearing on February 3.

More than a dozen emotional members of the victim’s family watched the sentencing from the public gallery.

Her victim impact statement read by Mr Russell said she now suffers from PTSD, flashbacks and panic attacks as a result of the attack.

She is also afraid to leave the house without a family member.

In a statement also read by Mr Russell, a family member said she had watched her loved one “deteriorate” since the incident and “lose” her independence.

Judge Bayliss QC said: “This was a planned, pitiless and life-scarring attack on a woman making her way home.

“You took sadistic pleasure not just in raping her but in mutilating her.

“I’m quite sure you planned the attack… you waited for an opportunity.

“When you saw her, you attacked her without mercy. It was sadistic.

“You are a man who knew perfectly well what he was doing.”

He added: “One of the things that’s completely absent here seems to be remorse. You show precious little insight into what you have done.

“She [the victim] has suffered pain and discomfort, physical and emotional.

“You pose a high risk of harm to the public, you’re a very dangerous man.”

Barrister Richard Canning, mitigating, said: “He [Lemm] regrets what he did and he regrets hurting someone.”

Speaking after the case, Detective Chief Inspector Vanessa Rolfe from the Homicide and Major Enquiry Team said: “Lemm subjected his victim to a horrendous and sustained attack in which he raped and stabbed her with a knife in what was a frightening and horrific ordeal.

“The victim has been left with life changing injuries from the horrific attack and is coming to terms with what has happened to her.

“Cases of this nature are extremely rare and I would like to praise the victim for her bravery in coming forward to report the offences to police.

“I am pleased that Lemm pleaded guilty at the earliest opportunity to spare his victim from having to sit through a trial.

“I hope the gravity of Lemm’s sentence goes in some way to give the victim justice and closure after this horrendous ordeal.

“Anyone who has suffered any sexual crime is urged to come forward to the police so that we can investigate it. We have specially trained police officers who will offer support and advice throughout.”

4 Privet Drive Goes Up For Sale