“The rubbish got to such a state for me, I just couldn’t put up with it no more." 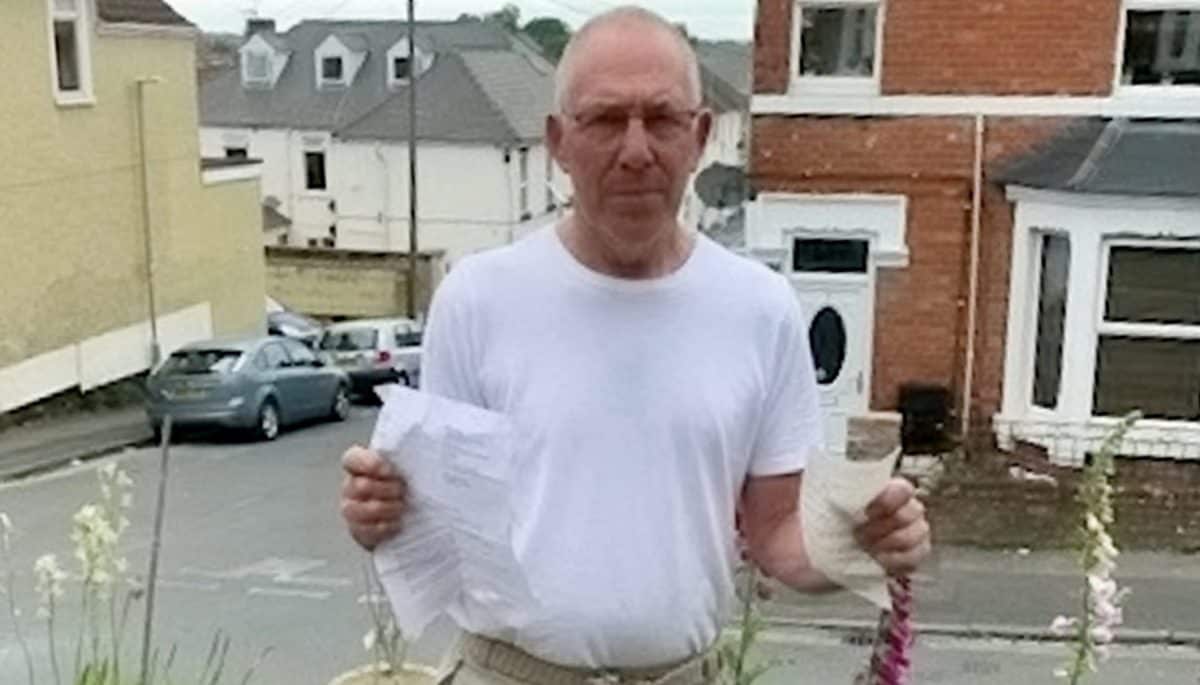 An angry resident dumped piles of rubbish outside council offices in protest at flytipping and was given a £400 fine – for fly-tipping.

George Brockbanks, 66, is fed up about the increasing amount of rubbish left on a street near him home.

And after complaining to the council on a few occasions he decided to take matters into his own hands.

George, from Swindon, Wilts, dumped rubbish outside the town council’s office with a note asking them to contact him.

But he then found he was hit with a £400 fly-tipping fine.

He said: “It’s a protest. I’ve lived in the area for probably 18 years, and I have seen the area just go downhill, a lot of it with rubbish.

“The rubbish got to such a state for me, I just couldn’t put up with it no more.

“As soon as the bag goes out, then the birds get in there, and the cats and the foxes, and it just gets all ripped up.”

George, from Swindon, first took a bag to the council offices on May 13. He left it along with his name and telephone hoping for the council to contact him.

He added: “No response. Nothing happened and the rubbish was getting worse. The weather was getting hotter, so it was getting bad.

“On June 6, I picked up some more rubbish, I took it down to the council offices, put it on their front door again, I left a note on it, and I made sure the van was parked directly outside.

“I knew if I took it to them, then something would happen.”

The bags contained lots of packaging, polystyrene, a bag of clothes and more, according to George.

He said: “There were bags I couldn’t pick up and put in my van because they were just rotten, it was full of flies, it was so reckless.

“But I didn’t want to do that because it wasn’t fair to whoever had to clean out the other end, because it wouldn’t be the people in charge. So, it was clean rubbish.”

His story was widely shared on social media and the council ended up getting in touch with him.

The local authority has since withdrawn the fine since then and is working with George to find a solution.

“They want to have a conversation and said that I wouldn’t be paying the fine and wouldn’t be taken to court,” George said.

He said the aim of his action was to bring the issue to light and tackle fly-tipping and is urging landlords in the area to ensure their tenants have enough bins.

He added: “But also we need to educate people as well. There needs to be more signs up which say that this is illegal to dump rubbish.

“You need to address the problem back to its roots or it’s never going to go away. This is no good to just come and clear it out, because as soon as you clean up, people put rubbish up there.”

George, who works as a roofer, had a conversation with the council last week.

“The conversation was about putting up signage, so people know and also where there is space to put bins,” he said.

“I thought it went very well but will see what happened. They’ve been given the chance now to do something.”

When asked if he ever considered moving somewhere else, he said: “I am seriously thinking of moving, if this isn’t sorted out.”

A Swindon Borough Council spokesperson said: “We met with Mr Brockbanks earlier this week and had a very positive discussion about the fly-tipping issue in his area.

“A number of options have been discussed and we will be looking to put some in place as soon as possible.

“We would like to thank Mr Brockbanks for his co-operation, and we’ll continue to update him in the following weeks.”