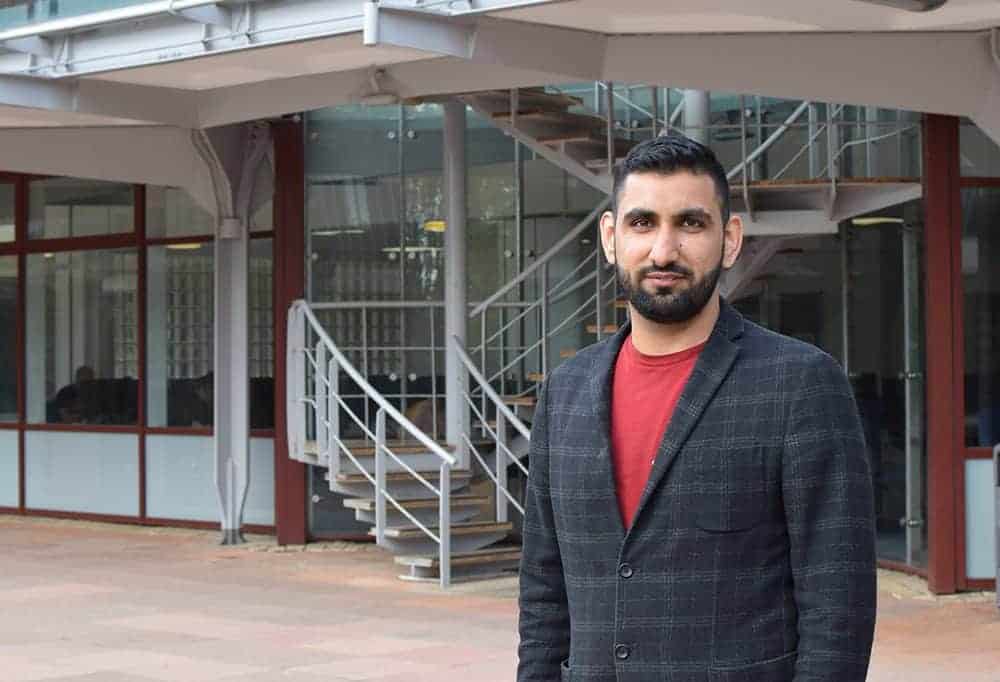 A determined refugee has graduated with a Merit in his Master’s degree in Medical Biosciences – after fleeing from the Taliban in his home country.

Mohammad Seddiqian was just ten-years-old when he and his family were forced to flee their home in Afghanistan during the rule of the Taliban regime.

He struggled for years in relation to his immigration status and felt at one stage feared he would not be able to continue his education.

But last week, a proud Mohammad, now 29, received his Master’s degree from University of Bath, graduating with an impressive Merit in Medical Biosciences.

The ambitious student, who studied at Bath under a Sanctuary Scholarship, hopes to tay in the UK and complete a PhD – and then find work researching cancer.

Mohammad said: “I am so pleased to have graduated – I feel like I am a step closer to achieving my dreams.

“It has not been simple to get to this point. When I was growing up my family went through many difficulties.

“In fact, at some points, I felt I would never be able to continue my education.

“But one thing my mother always fought for was education for me and my siblings. My mother taught me to never give up.

“I hope I can continue to work in medical research to help people.”

Mohammad left Afghanistan in 2000 and lived in Iran for several years, before seeking asylum in the UK.

But, even whilst studying for an Undergraduate degree and his Master’s, he faced several hurdles relating to his immigration status.

He found about the University’s Sanctuary Scholarship scheme through the Bath branch of national charity STAR (Student Action for Refugees).

Supported by the Alumni Fund, the scholarship waived the tuition fees for Mohammad’s studies, and he was given a bursary to help with course-related and living costs.

He said: “Scholarships have given me access to education, which is so important to me.”

Professor Momna Hejmadi, Associate Dean of the University of Bath’s Faculty of Science, described Mohammad as a ‘joy to have around’ during his year at Bath.

She said: “He is a smiler, always positive and a very popular student.

“He was always the first to volunteer to help out in any academic or social events in the faculty, and was elected as the PGT (Post-Graduate Taught) Faculty Student Rep.

“While he was studying with us, Mohammad’s refugee status application in the UK was ongoing.

“Despite several very stressful issues relating to this, he continued his studies and has now earned a very impressive degree with Merit.

“I wish him every success in the future.”

Speaking about studying at Bath and his efforts to stay in the UK, Mohammad added: “I would like to thank the students and staff at the University who helped me ensure my right to study.

“Alisha Lobo, from the Students’ Union, created a petition to support my case.

“Amanda Willmott from the School of Management and my lecturers wrote letters to support my application, and the Student Immigration Services team were also really helpful.

“The Student Services team also supported me with my scholarship, so I am very thankful to everyone for their help.”