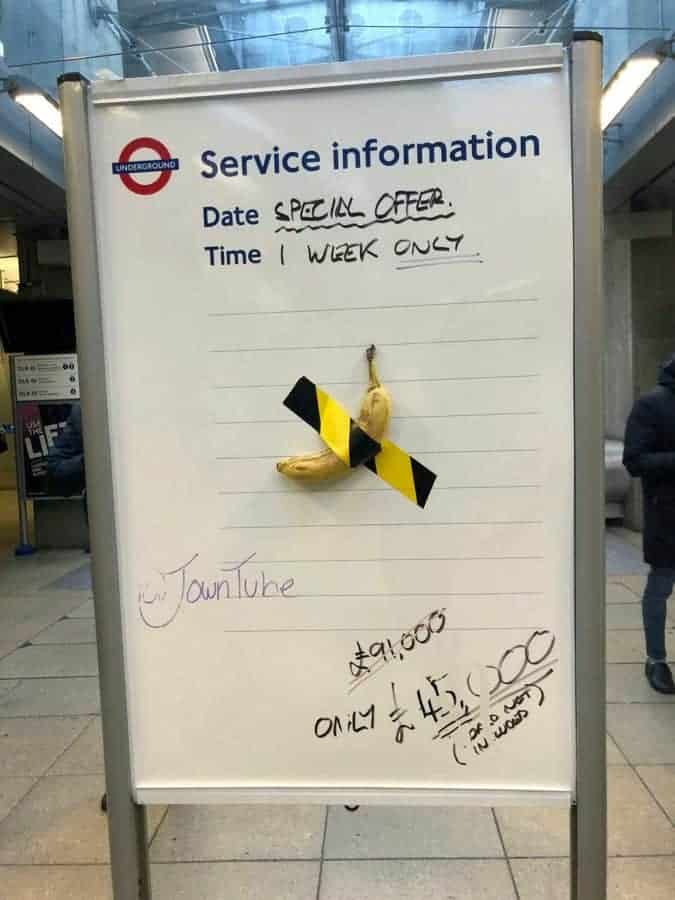 London Underground staff have hilariously mimicked the notorious ‘World’s famous banana’ – by taping one to a Tube noticeboard.

Commuters at Canning Town Underground station were left it sniggering after spotting the fresh piece of fruit with “Special offer. Only one week only. Only £45,000. Board not included” written underneath.

It comes a week after artist Maurizio Cattelan sold a banana taped to a blank wall for a whopping $120,000 (£91,164) – which has since been dubbed the world’s most expensive banana.

The work of art – titled the ‘Comedian’ – was debuted at the Art Basel Miami and quickly became the most talked about of the whole event.

But despite breaking records with the six figure sum, its price tag has been widely mocked.

A commuter said: “I spotted it earlier this morning.

“Other people were looking at it and having a bit of a laugh as they passed through.

“It’s quite a funny take on something so ridiculous.”