The Prime Minister will meet more than 100 newly-elected colleagues at Westminster. 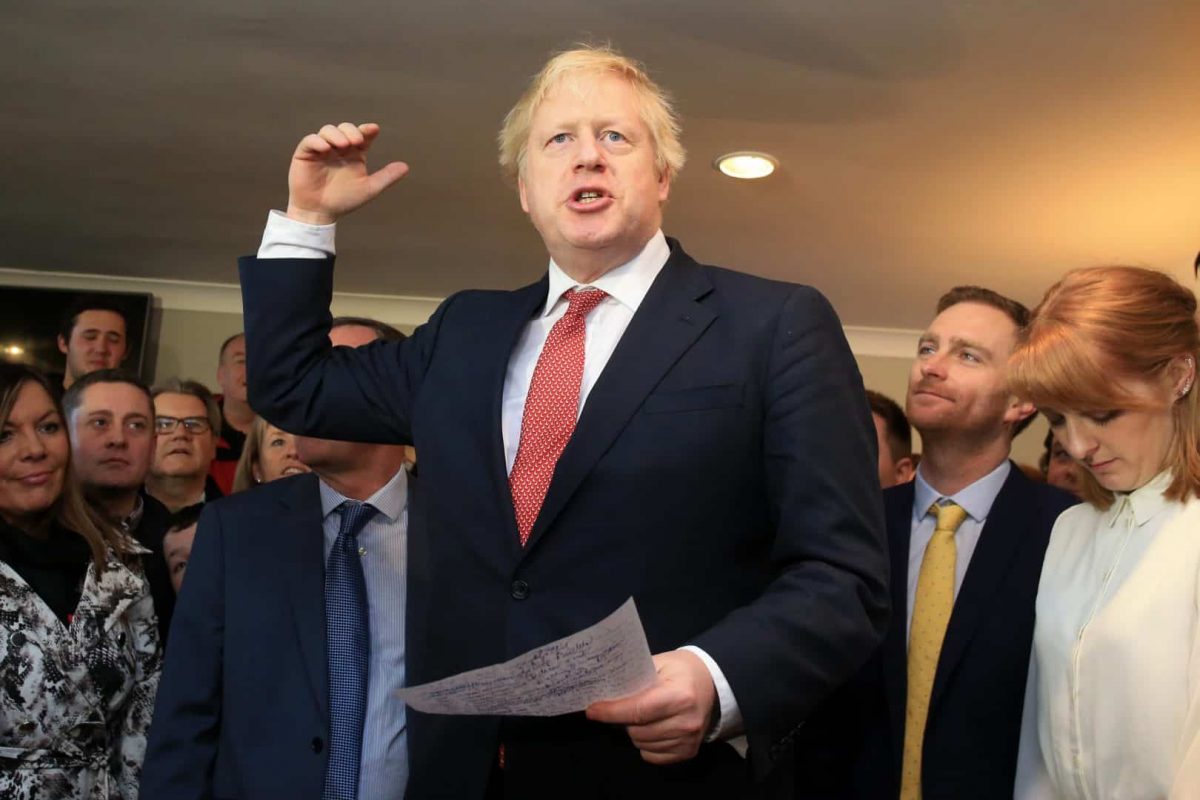 Boris Johnson is to address his new intake of Tory MPs as they prepare to vote on his Brexit deal and he seeks to transform the nation after his landslide victory.

The Prime Minister will welcome the more than 100 newly-elected colleagues, many of them from former Labour areas across the north and Midlands, to the House of Commons on Monday.

Mr Johnson will use his majority of 80 to get his Withdrawal Agreement Bill (WAB) to implement Brexit approved so the UK can formally leave the EU by the end of January.

The PM has pledged to bring the Bill back before the Commons before Christmas but it is not yet known when MPs will begin voting on it.

Change our politics for the better

Mr Johnson is understood to be preparing to start a minor Government reshuffle on Monday to fill gaps left by departures before making more radical changes in February.

Ahead of the private speech, a Number 10 source said: “This election and the new generation of MPs that have resulted from Labour towns turning blue will help change our politics for the better.

“The PM has been very clear that we have a responsibility to deliver a better future for our country and that we must repay the public’s trust by getting Brexit done.

“That’s why the first piece of legislation new MPs will vote on will be the Withdrawal Agreement Bill.”

Downing Street was not commenting on reports that the PM is considering a shake-up of Whitehall including splitting the Home Office to create a Department for Borders and Immigration and an overhaul of Ministry of Defence spending.

It will be an eventful week in Westminster, with the swearing-in of MPs to begin on Tuesday and the race to replace Jeremy Corbyn as Labour leader forcing internal tensions to the surface.

The Queen will formally open Parliament on Thursday when she sets out the Government’s legislative programme during a slimmed-down State Opening.

Approving the WAB will not mean the Brexit saga is over. The UK will remain in the EU until at least the end of 2020 during the implementation period.

This time will be used by Brussels and London to hammer out a trade deal and decide on their future relationship on subjects such as security.

But EU figures have been highly sceptical this can be sorted within the year, with chief negotiator Michel Barnier saying the timetable was “unrealistic” in leaked comments.

Senior Cabinet member Michael Gove, who is the Chancellor of the Duchy of Lancaster, tried to dismiss these fears.

He told Sky’s Sophy Ridge on Sunday he is “confident” the agreement could be finalised by the deadline because “quite a lot of the details” are agreed in the Political Declaration agreed with the EU.

Mr Johnson is not the only leader who will be welcoming a new intake of MPs on Monday, with the SNP’s Westminster leader Ian Blackford expected to meet his new colleagues.

This will demonstrate one of the greatest problems the PM is expected to face – Nicola Sturgeon’s party will be making intensifying demands for a fresh Scottish independence referendum.

Scotland largely voted against Brexit and the SNP increased its share of Scottish seats in the Commons to 48 out of a total of 59 in Thursday’s General Election.

Ms Sturgeon insisted the Tories were “raging against reality” by blocking another independence vote as she vowed to “pursue the plan I won a mandate for”.

But Mr Gove said the Conservatives would “absolutely” not hold another public vote on the matter during the course of the Parliament, regardless of the result of the 2021 Holyrood election.

Related: Rebecca Long-Bailey favourite to take over as Labour leader