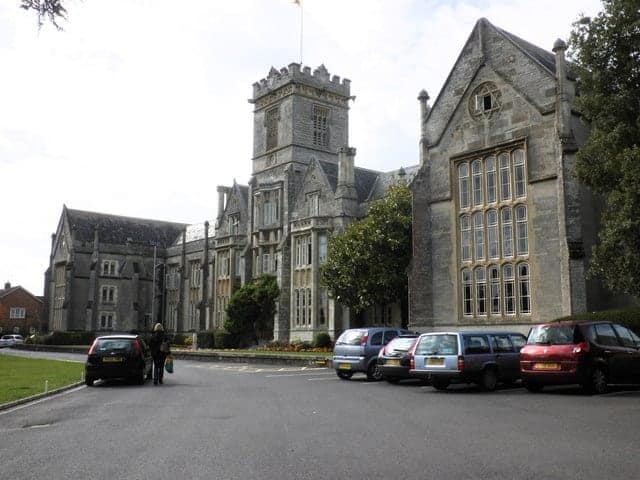 A headteacher at a prestigious boarding school faces being struck off after failing to report an alleged rape of a pupil.

Christopher Alcock, 59, believed it was not his ‘concern’ as the alleged assault happened at a party away from the school.

But it meant the two pupils, the alleged victim and attacker, were forced to go to lessons together for a year, a misconduct panel was told.

Mr Alcock resigned from £30,000-a-year Queen’s College in Taunton in May 2016 after it emerged he had also viewed ‘inappropriate’ videos and images on the school’s computers.

He admitted searching for the term ‘schoolgirls’ but said he had got distracted while carrying out research on YouTube for footage about a Masai tribe.

Married Mr Alcock also admitted having an inappropriate relationship a pupil who went on to kill herself.

The panel was told Mr Alcock kept in touch with Juliet Crew after she left Queen’s and she told him of her suicidal intentions but again he did not tell anyone, insisting she had asked him not to.

Mr Alcock, who had three children with wife Linda, 58, – also a teacher at the school – used his school mobile phone and email to send sexually motivated messages to adult women.

But the Teaching Regulation Agency panel found only his failure to report the rape amounted to misconduct and referred the matter to the education secretary.

He could face a number of sanctions, including being struck off.

Mr Alcock was cleared of inappropriate relationships with two other sixth-form pupils as the panel ruled that his ‘intensely pastoral’ approach to education was acceptable.

The panel also said his YouTube searches did not amount to misconduct as YouTube was not illegal. Panel chair Robert Cawley said it was accepted that he had become ‘distracted and was drawn to areas not directly related to his research’.

On the messages, Mr Cawley said that while they were sexually motivated, the panel accepted that Mr Alcock was a ‘technophobe’ and had a genuine and mistaken
belief that he was sending from a private email address.

Mr Cawley said: ‘This was conduct between consenting adults and outside the education setting this would have been considered private.

‘While his actions were sexually motivated, his behaviours did not meet the threshold to meet unacceptable professional conduct.’

Mr Alcock started teaching in 1982, after graduating from Durham University. He became headteacher at Queens in 2001 and lived in the headmaster’s house at the school with his wife. The couple, who married in 1985, have three children.

The school was founded 173 years ago on strict Methodist principles and past pupils include racehorse trainer Martin Pipe and Conservative MP John Baron.

Giving evidence to the panel, Gill Wilson, who was Mr Alcock’s deputy, said she first blew the whistle over his relationship with Miss Drew to the chair of governors in September 2009.

She said the school was aware that Miss Crew – identified at the hearing as pupil A – had been self-harming because of ‘issues going on at home’ – but that Mr Alcock would himself clean the wounds.

Mrs Wilson said: ‘I went in to see Mr Alcock and I saw him through the spyhole in full embrace with Pupil A.

‘I was concerned over that overfamiliarity with Pupil A and Mr Alcock.’

Mrs Wilson said pupils would often stay in the head’s office until 7pm.

She said: ‘The head treated many of the pupils as friends. But there are boundaries.

‘When the head had pupils in his office, they were sitting there for hours. Some of these pupils are vulnerable children.’

Mr Alcock said he wanted to be a friend to pupils and presented himself as a ‘father figure’.

He said: ‘I wanted to deal with pupils in school as I would with my own children and that’s how I perceived my role.’

The misconduct panel, sitting in Coventry, heard Mr Alcock had kept in touch with Miss Crew after she left the school and failed to report the suicidal thoughts she disclosed to him in the days before her death.

In a suicide note Miss Crew, who was studying architecture at the University of Nottingham told how she ‘could not live in a world of such injustice’ after her stepfather was cleared of raping her in 2012.

At an inquest into her death, her family raised concerns that Mr Alcock did not report the text messages to the relevant authorities. The disciplinary hearing was also told of a text message sent by Mr Alcock to Miss Crew in July 2015 which read: ‘I love you’.

But the married father-of-two described the affection as ‘agape’ – a Christian term referring to love.

He said: ‘She knew the difference between that and erotica.

‘No way, knowing what she had been through, it could mean anything else. It’s a Christian love – ‘I care for you’. And I did.’

Mr Alcock said he tried to get others to help care for Miss Crew.

Asked why he didn’t disclose Miss Crew’s messages to professional agencies, he said: ‘She told me she would kill herself [if I did].’ Regulators agreed that Mr Alcock had failed to maintain boundaries with Miss Crew but ruled his actions did not amount to unacceptable professional misconduct.

Mr Cawley went as far to say that Mr Alcock’s attempts to converse with Miss Crew were ‘commendable’ and that he had no duty to disclose her suicidal thoughts ‘as she was an adult at the time’.

Afterwards, Mr Alcock said in a statement: ‘I am deeply appreciative that the panel has properly and carefully considered the details of this case and has acknowledged that I had the best interest of my pupils at heart during my time at Queens.

‘It is a particular relief that the panel made clear that there is space in the profession for intensely pastoral headteachers.’
ENDS