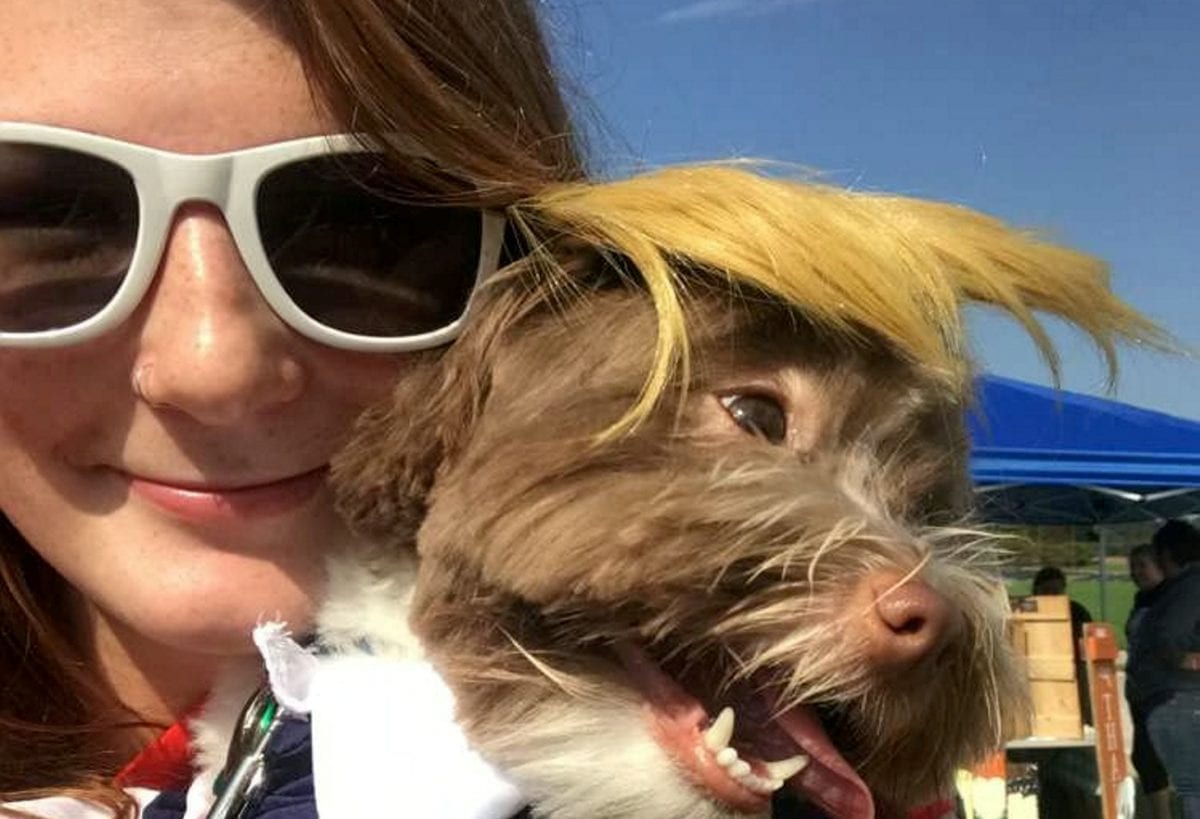 A presidential pooch won first place in a dog costume contest – after dressing up as Donald Trump.

He paired the wig with a doggy suit and a red tie to take first place in the Wayne County Dog Shelter’s second annual Howl-o-ween Dog Walk on Saturday. 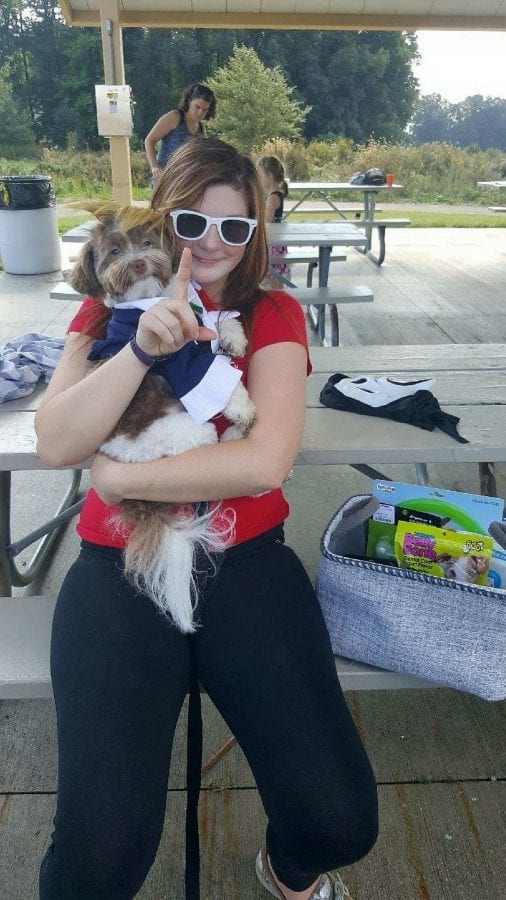 Marshall’s owner, Trump supporter Jeanette Young, 50, said her pooch was the spitting image of the leader of the free world.

The full-time mother said: “It really felt like we were with the president. Marshall was posing and parading around and everyone was giving him attention.

“They were asking for pictures like he was a real celebrity. His hair waved in the air just like Donald’s does. It was a total triumph.”

Jeanette, who attended the show with fiance Matt Airwyke, 48, a retired army officer, daughter Lorna, 19, and niece Emelia, eight, and Rayln, six, said that Marshall easily stood out among his 20 canine competitors.

She said: “He was the only dog with a political outfit. The other dogs were dressed as sharks and dinosaurs.

“The pitbull who won second place was dressed as a superhero. None of them were as eye catching as our Donald Trump.”

Jeanette said that her family are Trump supporters and Marshall’s costume was a loving tribute. 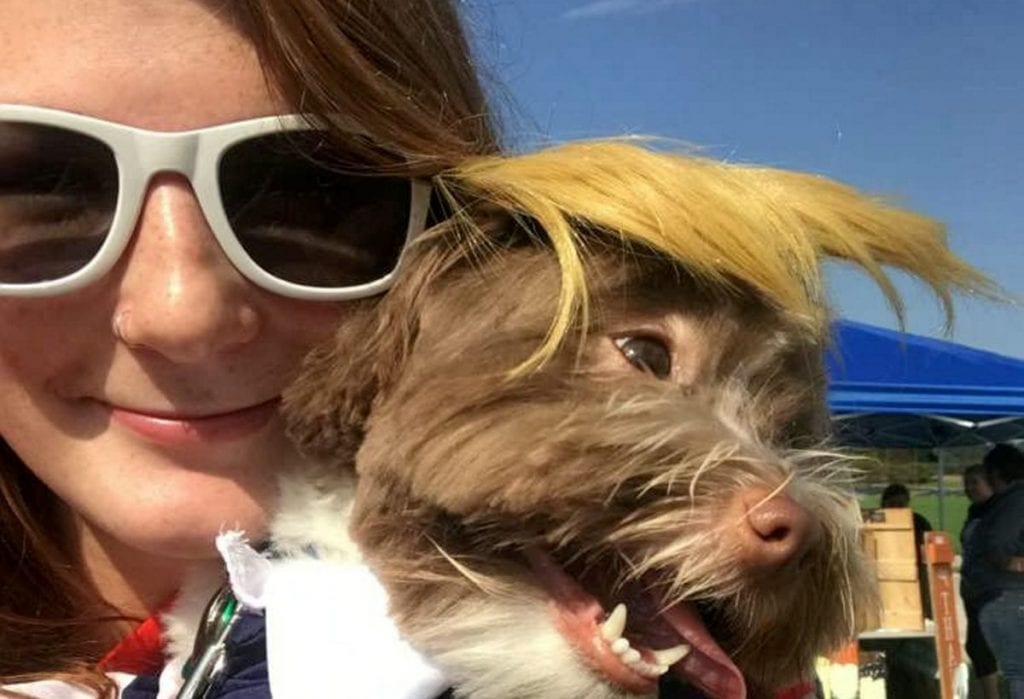 She said: “We are absolutely supporters of Trump and it was meant to be a loving tribute. I wouldn’t dress my dog up as just anyone.”

She credited Lorna, a pizzeria manager who aims to become a vet tech, with dreaming up the costume idea.

Lorna said: “I was scrolling through Amazon looking for ideas and I spotted a Donald Trump wig for dogs. 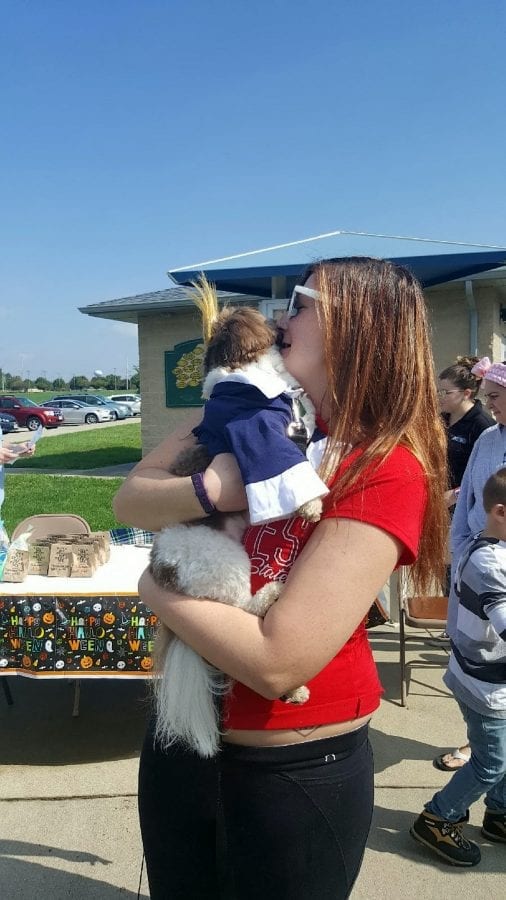 “I thought to myself: ‘Let’s do it, nobody else is going to dress up as Donald Trump.’”

She bought the $11 wig and a $15 doggy suit and the costume was complete.

She said: “When I put it on, it was hilarious and I had to take the picture. When we got him to the dog show, he was taking it in his stride.” 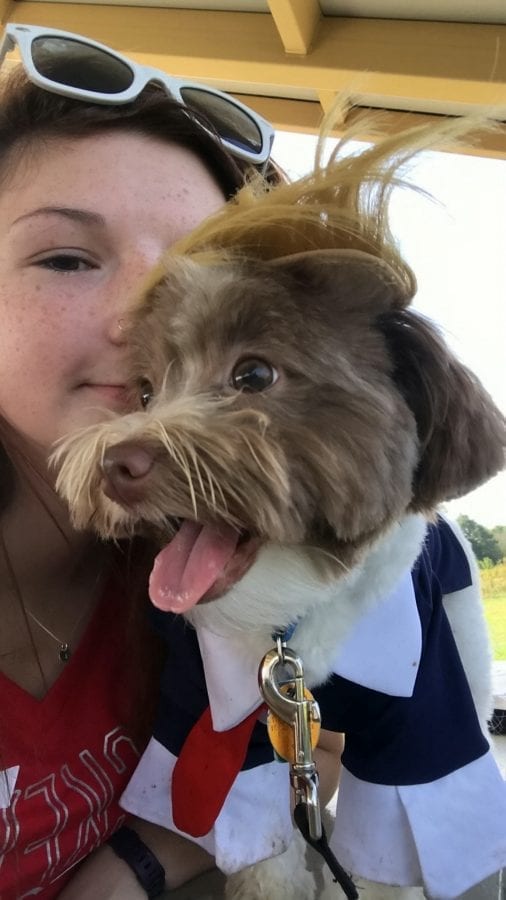 Lorna added that she doubts this is the last time Marshall will transform into the leader of the free world.

She said: “We will probably dress him up as Donald Trump for Halloween and let the little kids see him when they trick or treat. It’s too good an outfit to just be seen once.”