A crowd of passers-by gathered to watch from the banks as the private-hire vessel slowly dropped further down into the water - named HIGH SOCIETY. 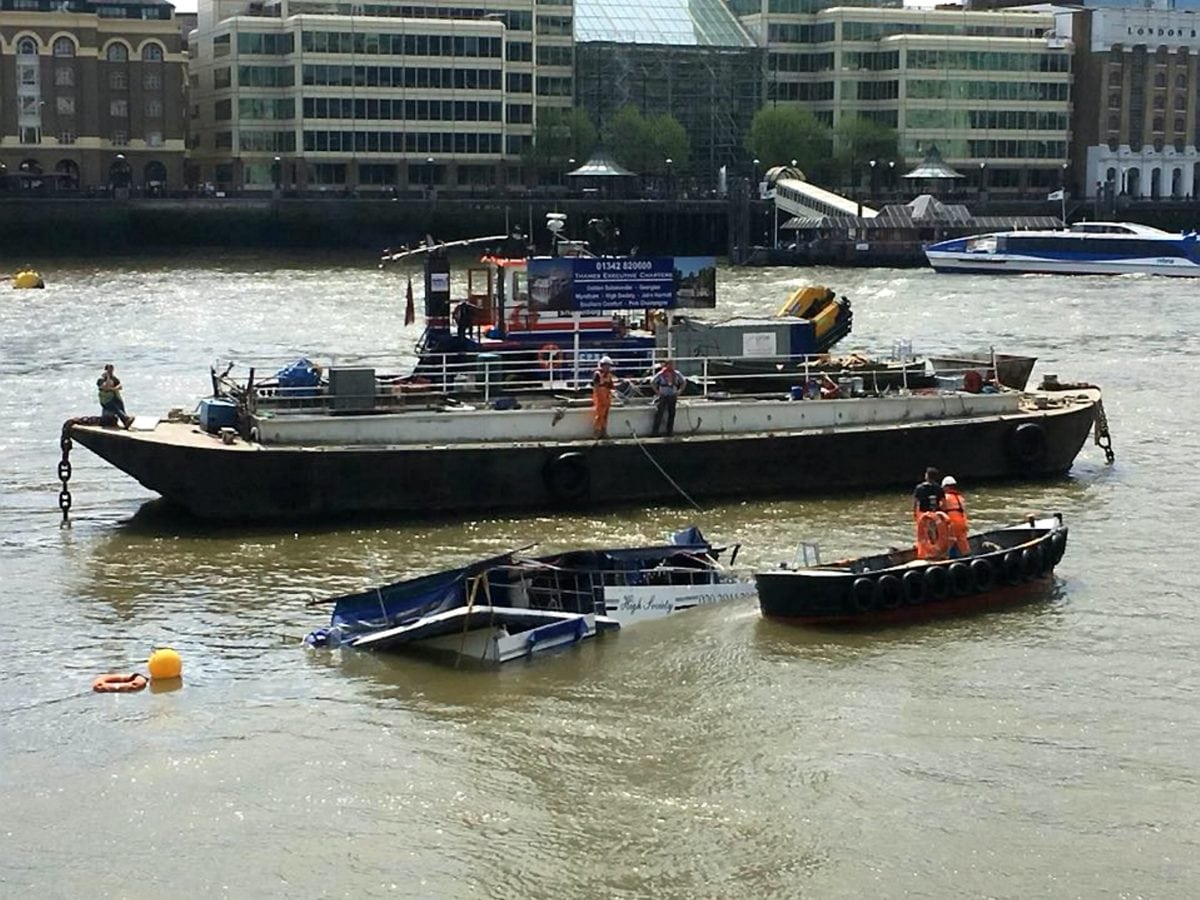 A posh party boat on the Thames ended up in hot water after the hull sprung a leak – and SANK.

A crowd of passers-by gathered to watch from the banks as the private-hire vessel slowly dropped further down into the water – named HIGH SOCIETY.

The party yacht was moored on the North Bank of the Thames near Old Billingsgate and London Bridge when it began sinking on Tuesday night.

By around 1pm on the following afternoon the pleasure vessel was nearly completely submerged after the hull started taking on water.

It cost up to £217 to hire the High Society for four hours, which is fitted with LED lighting and a plasma screen, where up to 45 passengers can be served canapes and fine dining meals.

Two years ago another boat also owned by Thames Boats Ltd sunk in the river.

A spokeswoman for the London Fire Brigade said they did not attend on Wednesday.

Sales engineer,,Stuart Hall, was on his lunch-break when he saw the latest incident as a crowd gathered on the sunny banks of the Thames to watch the boat sinking.

The 41-year-old said: “The party boat ‘High Society’ was not sitting as high as it should. It appeared as if the larger vessel and crew were mounting some kind of salvage reconnaissance or something.

“I did not see anyone in the water, therefore I assumed this had happened some time ago. 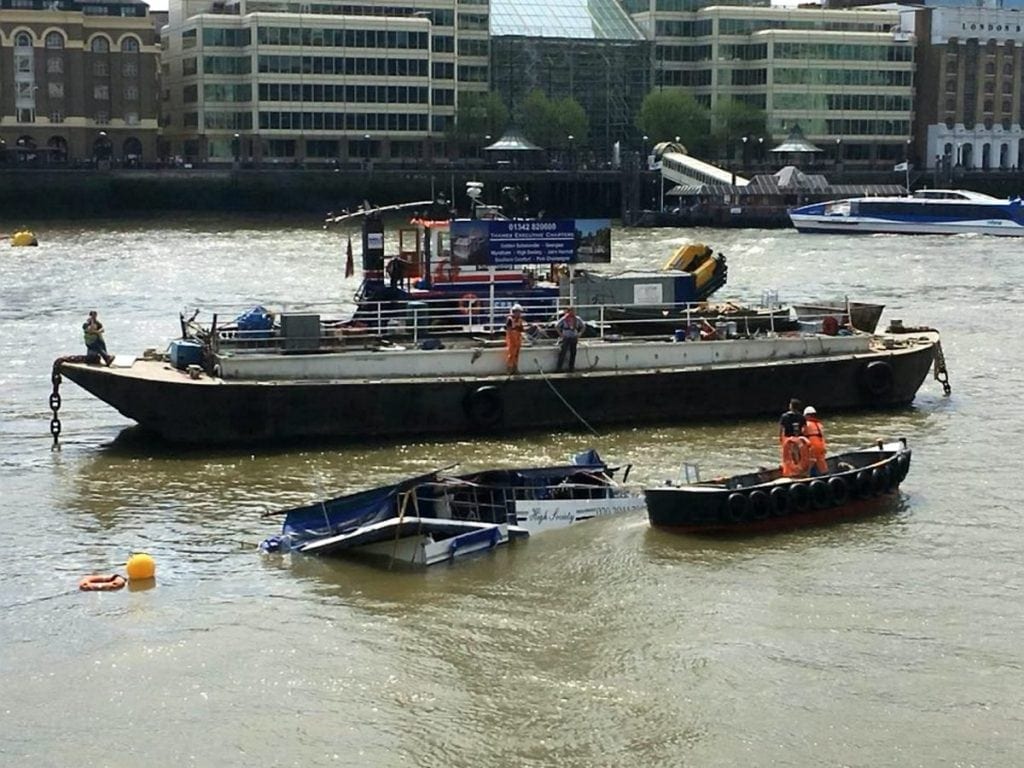 “The scene was generating some interest from passers-by and folks on lunch chilling outside Old Billingsgate on their lunch breaks.

“I caught the photo just before the ship’s sign dipped below the water-line.

“The guy on the bow of the larger vessel looks pretty dismayed.

“Perhaps it was his boat.”

A spokeswoman for the yacht company said no one was onbaord at the time and no one was injured.

She added: “No one was onboard at the time, no one was hurt, so that’s the main thing.

“We don’t know what caused the incident yet so we are unable to comment on that at this stage.”

Martin Garside, from the Port of London Authority, confirmed no one was onboard and the boat was out of service when it started leaking from its hull.

He added: “The High Society was moored up in an established mooring in central London, towards the north side of the river.

“Nobody was onboard. For some reason or another it started taking on water during the night on Tuesday night.

“There are long standing moorings in that area where boats are tied up when they are out of service.

“Somehow her hull started leaking and she has taken on water and ended up in that position.

“The hull was then pumped so she could be lifted and refloated.