The Labour leader Jeremy Corbyn has called for all Navy vessels to be built in the UK. There has been speculation that a £1bn contract for three new Royal Fleet Auxiliary support ships could go to a foreign shipyard. The Ministry of Defence contract is expected to go out to international tender later this month. […] 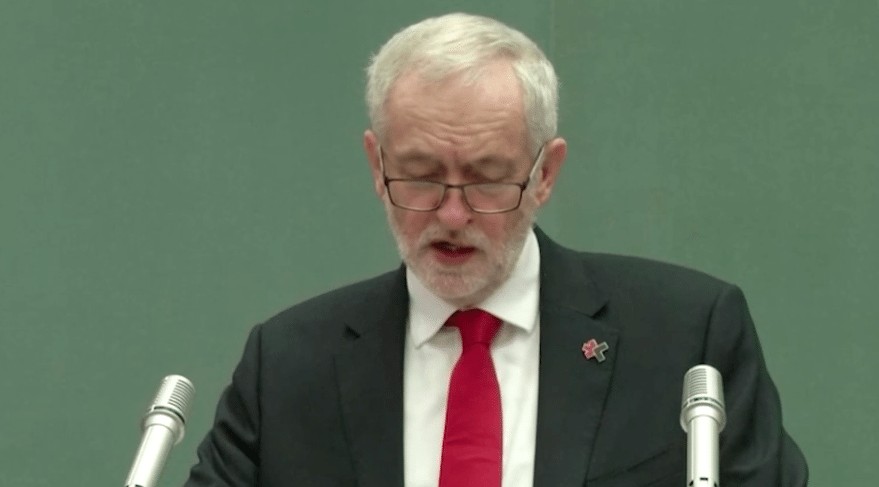 The Labour leader Jeremy Corbyn has called for all Navy vessels to be built in the UK.

There has been speculation that a £1bn contract for three new Royal Fleet Auxiliary support ships could go to a foreign shipyard.

The Ministry of Defence contract is expected to go out to international tender later this month.

Visiting Glasgow, the Labour leader said building the ships somewhere in the UK could secure more than 6,500 jobs – 1,800 of these in shipyards.

Howeer, Corbyn warned: “The Conservative government is trashing that tradition by offering up the Ministry of Defence’s most recent contract for three new Fleet Solid Support Ships to overseas companies to build abroad.

“This decision is wrong. Today we are calling on the government to guarantee that these three new ships for the Royal Fleet Auxiliary will be built in domestic shipyards.

“Our shipyards used to produce half of all new ships worldwide. Our current market share is now less than half a percent. The Tories seem hell-bent on accelerating and deepening this industrial decline.”

Tim Roache, GMB General Secretary said: “Shipbuilding isn’t just part of our proud heritage, it could and should provide a proud future for manufacturing across the UK.

“That’s why Labour’s announcement today is so welcome – they have showed strength and political will to support our shipbuilding industry by joining calls to see these ships built in UK shipyards.

“If the contracts are awarded to overseas companies it will be a missed opportunity that our shipbuilding and steel industry cannot afford.

“The Conservative government’s decision to offer up lucrative and sensitive contracts to build these three new ships to companies overseas is as ludicrous as it is reckless.

“These are jobs worth fighting for. The next generation of workers in our shipyards deserve a bright future to look forward to – as well as a proud past.”

Gary Smith, GMB Scotland Secretary said: “We are delighted that Jeremy Corbyn has thrown his weight behind this campaign and there is now a growing cross-party consensus forming around the need for the RFA contracts to be awarded to British yards.

“What would the RFAs mean for places like Port Glasgow or Roysth? It would means jobs growth, modern apprenticeship opportunities, prosperity and redistribution of wealth into local communities – the prize is massive.”