“Do you really want congratulating on what looks like a complete waste of money to bring a tow truck to seize a flipping scooter.” 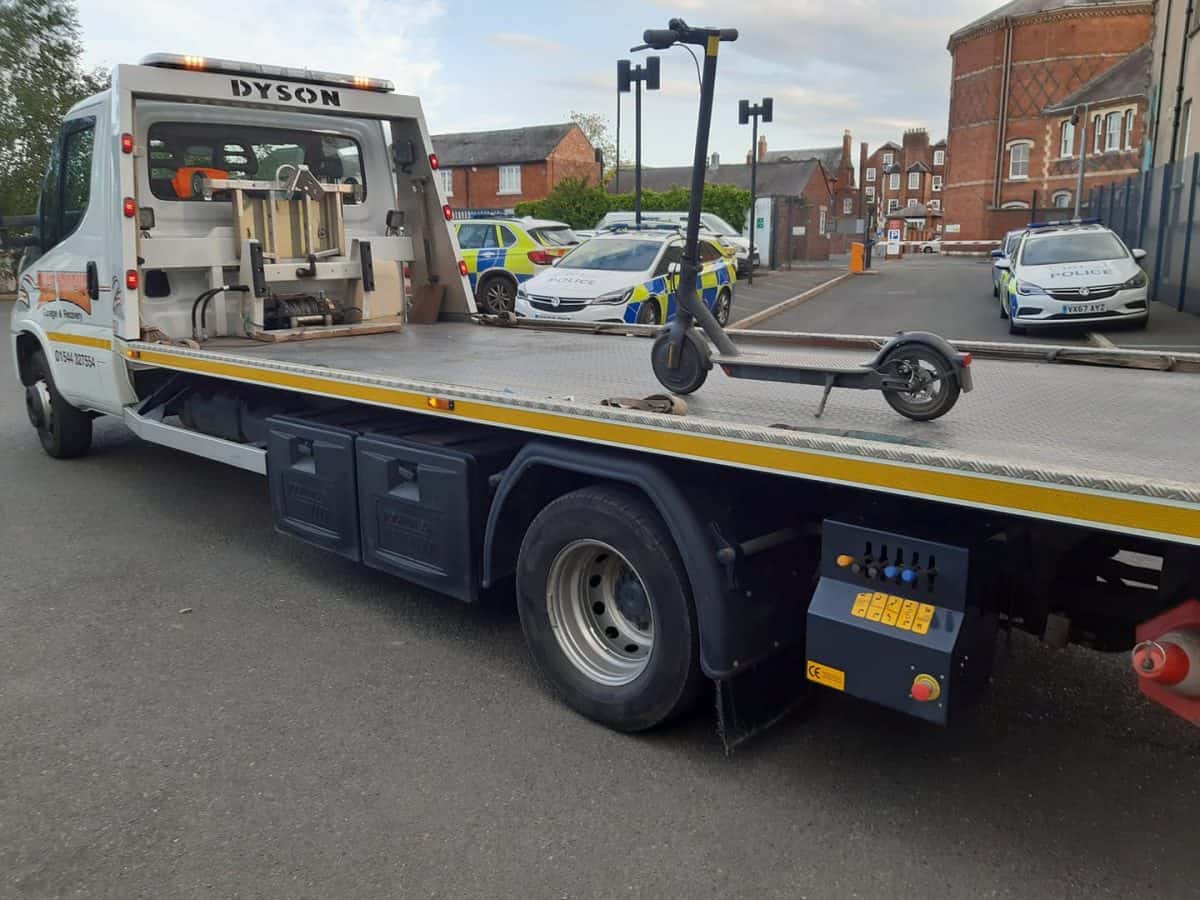 A police force has been mocked on social media for using a 7.5 tonne recovery truck to tow away an electric scooter.

West Mercia Police released a picture of the two-wheeler on the back of a flatbed lorry after they seized it in Hereford on Friday (4/6).

Baffled Facebook users questioned why officers didn’t simply put the scooter – which weighed less than 100lbs (7st) – in the back of a police car.

David Stokes said: “Couldn’t they have just put it in the back of a car instead of wasting money paying for an expensive recovery vehicle to take it away.

“That towing truck seems like a massive waste of resource for such a tiny thing.”

Nicky Martinez said: “Do you really want congratulating on what looks like a complete waste of money to bring a tow truck to seize a flipping scooter.”

Yvonne Hart said: “I wonder if they could have found a bigger town truck for that scooter!!!! That would have fitted into the boot of a police car surely.”

Steve Earl said: “What a waste of taxpayers’ money. If that was a private company someone would be sacked. Fold it up and put it in a car.”

Lee Ogleby said: “Should have got a bigger truck don’t think that ones big enough.”
Police said they seized the vehicle after the user was spotted riding it on public roads.

“Please ensure you know the rules…as a motor vehicle, they must comply with various pieces of Road Traffic Legislation.

“You can’t register and tax them because they don’t meet the safety regulations required, so the result is that you simply are not allowed to use them on roads, pavements, or other public places.

“If you do use an E-Scooter in those places you could face prosecution.

“Even if you are given a fixed penalty ticket, riding without insurance attracts a £300 fine and 6 points on your driving licence.

“If you don’t have a licence, the points would be on it when you apply for one.”

Related: Video: Racist tormenters who called woman a ‘big black dog’ and appear to perform Nazi salute at her