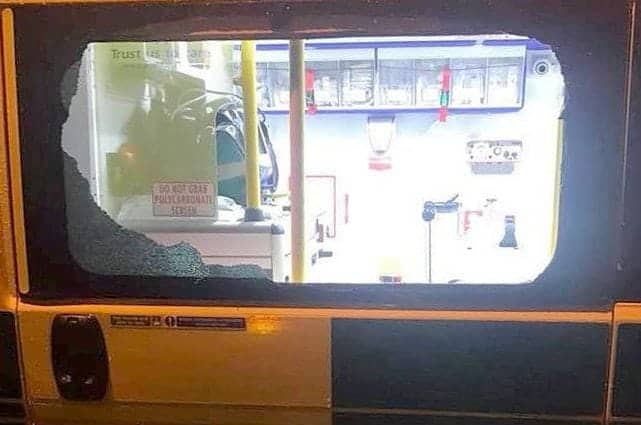 Police are hunting mindless vandals who smashed an ambulance window before stealing medical equipment while paramedics attended an emergency call.

The ambulance crew also had a number of personal belongings pinched by the lowlife thieves – including their car and house keys as well as a purse.

Paramedics had been attending a 999 call out when the yobs struck on St Ann Walk in Hanley, Stoke-on-Trent, at around 1.30am this morning (Thurs).

The crew had been treating a patient inside a nearby property and returned to their locked ambulance to find the side window had been smashed. 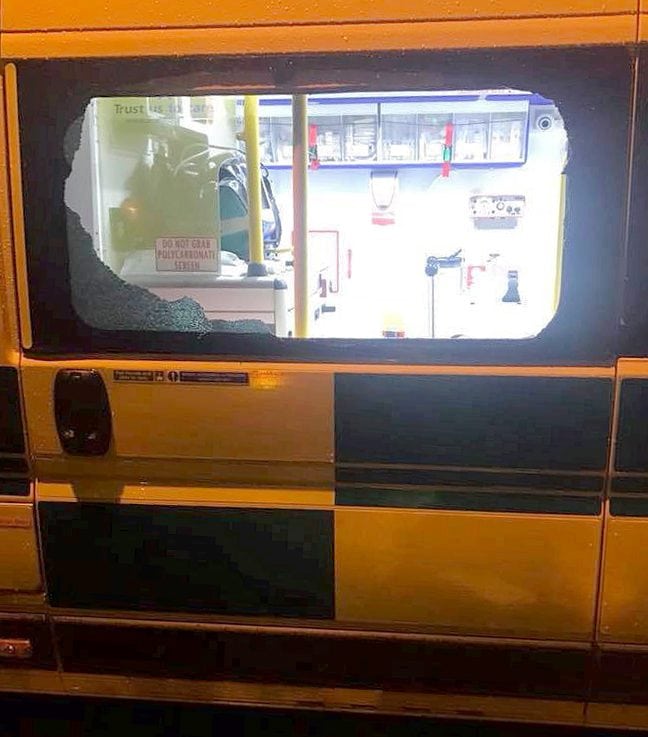 A number of items including oxygen cylinders, a life support response bag and protective clothing worn by paramedics were snatched in the “despicable” theft.

Staffordshire Police have now launched an investigation and are asking anyone with information to get in touch.

Chief Inspector John Owen said: “Ambulance staff are there to help those in need, and for their own personal belongings to be stolen whilst they potentially save a life is just not acceptable.

“Nothing that has been taken from inside of the ambulance is dangerous to the public, but anyone who is offered these substances, or sees discarded cylinders, is asked to contact us.”

Steve Rust, Operations Manager at Stoke’s ambulance hub, said: “It just gets worse! I cannot begin to understand why someone would do this to an emergency blue lighted vehicle which has the sole responsibility of helping people.

“A stethoscope and a number of personal belongings were also taken.

“I am just thankful that my staff weren’t hurt in the attack, but the ambulance crew were understandably upset and angry to find their vehicle had been targeted by thieves.

“The case was immediately reported to Staffordshire Police and we are working closely with them to help identify the culprits.”

Nathan Hudson, Emergency Services Operations Delivery Director for West Midlands Ambulance Service, said: “This is a truly appalling incident which really does make you question the morals of some people.

“This despicable crime has meant an ambulance is off the road and unable to respond to 999 calls whilst it’s being repaired, tax-payers money will now have to be spent to replenish the stolen items and I have two members of staff who have lost a number of personal items.

“It is completely unacceptable that ambulance staff, who are there to help people in their hour of need, are made to suffer by members of the public.

“Any type of attack against our staff and our vehicles will not be tolerated.”

Anyone with information is asked to call Staffordshire Police on 101, quoting incident number 072 of August 16 or via Crimestoppers anonymously on 0800 555 111.