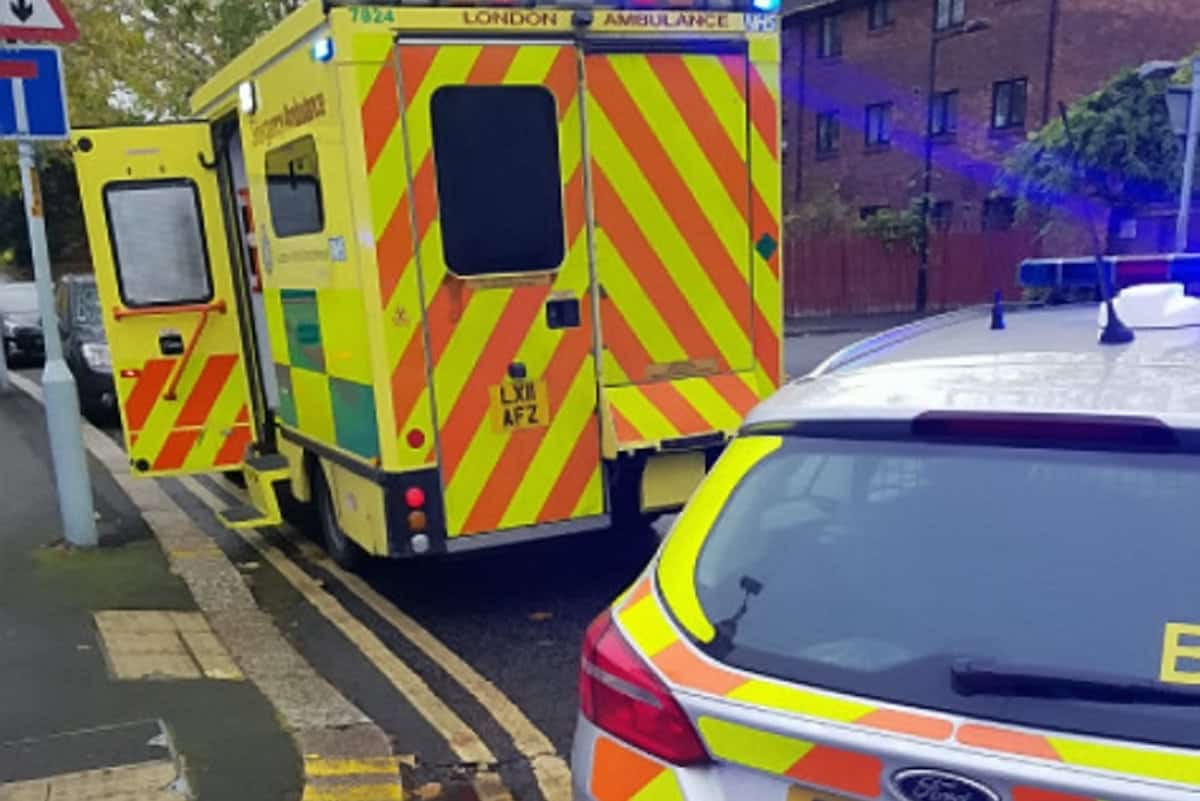 Paramedics were attacked by a coach driver while treating a seriously ill patient, police claim.

Police say the ambulance crew were called to treat a patient and were attacked by a coach driver today (Tues).

The suspect was then arrested by officers in Camberwell, south London, a short time later.

Two ambulance staff were so shaken they could not finish their shift, but were said to not have suffered serious injury.

Southwark Police tweeted a picture of a police car and the ambulance in the aftermath of the attack.

Officers tweeted this morning at around 9.50am: “@Ldn_Ambulance called for urgent assistance to #SE5 for their crew being assaulted by a coach driver!

“The crew assaulted whilst treating a seriously ill patient! Located and arrested by Roads and Transport MPS.

“The crew are shaken and will now not be able to finish their shift, but no serious injury thankfully #ProtectTheProtectors.

“The crew are assisting us with statements and then they will be finished for the day. Both are safe and well thankfully.”