He said two of the children thought they were “going to die” from the cold while their sobbing mum and speechless dad looked on helplessly. 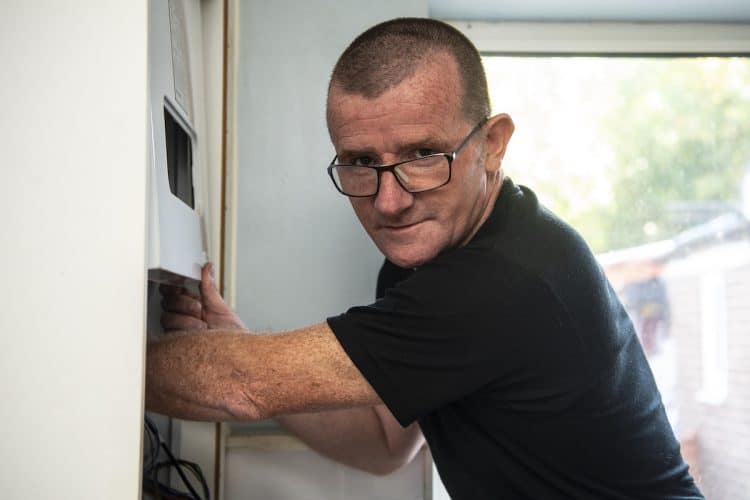 Britain’s kindest plumber has told of his heartbreak after needing pay for a poverty-stricken family’s food and gas bills in the depths of the country’s energy crises.

James Anderson, 52, paid provided the family with £170 worth of food, gas and electricity to help them reach their next payday without going hungry.

He said two of the children thought they were “going to die” from the cold while their sobbing mum and speechless dad looked on helplessly.

The plumber, whose company Depher gives emergency services to vulnerable people, said he was initially shocked to see his breath in the family of five’s home last Saturday.

He quickly realised that their woes were far worse than he first imagined as he got a glimpse of the “actual poverty” they were living in.

But as energy bills sky rocket, the tradesman said similar scenes would soon be replicated around the country and called on the government to act now to stop them.

He said: “Where do we draw the line as a society and say, “Now we need to act?”

“There’s a lot of stuff the government can do to cut the cost of living by capping these companies that are charging stupid, extortionate, out of reality rates.”

James, from Burnley, Lancs., said he’d got a call from the family over the weekend as they were struggling to keep their heating on before they reached their next payday.

He said: “They rang me to see whether there was anything we could do to help them get through until the next time they got paid.

“I said I’d pop in and see what I could do. But when I got there, I realised the actual poverty that they’re living in and the impact all this is having on people.

“They’ve got children there. They’re confused because they don’t know what’s going on.

Worringly, James said this wasn’t the first time that he’d been in a home recently where he could see his own breath as families saved money by switching off their heating.

He said: “Over the last few weeks, I’ve been to a few houses, not just families but elderly and disabled people as well, and you can see a plume of air coming out of their mouth.”

“It’s that cold you can see your words before you can bloody well hear them, and that should not be acceptable in this day and age.

James believes that many poverty-stricken parents were likely to turn to crime to pay for their family’s needs if they couldn’t make ends meet in the future.

He said: “There are two options – either go to a loan shark and then they get themselves in debt, and that will drive up the crime rate on that side.

“Or even worse, there’s going to be more crime with vans, schools, shops getting robbed.

“People are going to go out and take stuff that doesn’t belong to them to feed their child – that’s the next stage we’re going to see.”

James said the government should already be aware of families growing financial problems, which he believed may out-live the pandemic.

Related: Jack Monroe: We’re pricing the poor out of food in the UK