The picture was taken by Toby Ray in Cornwall 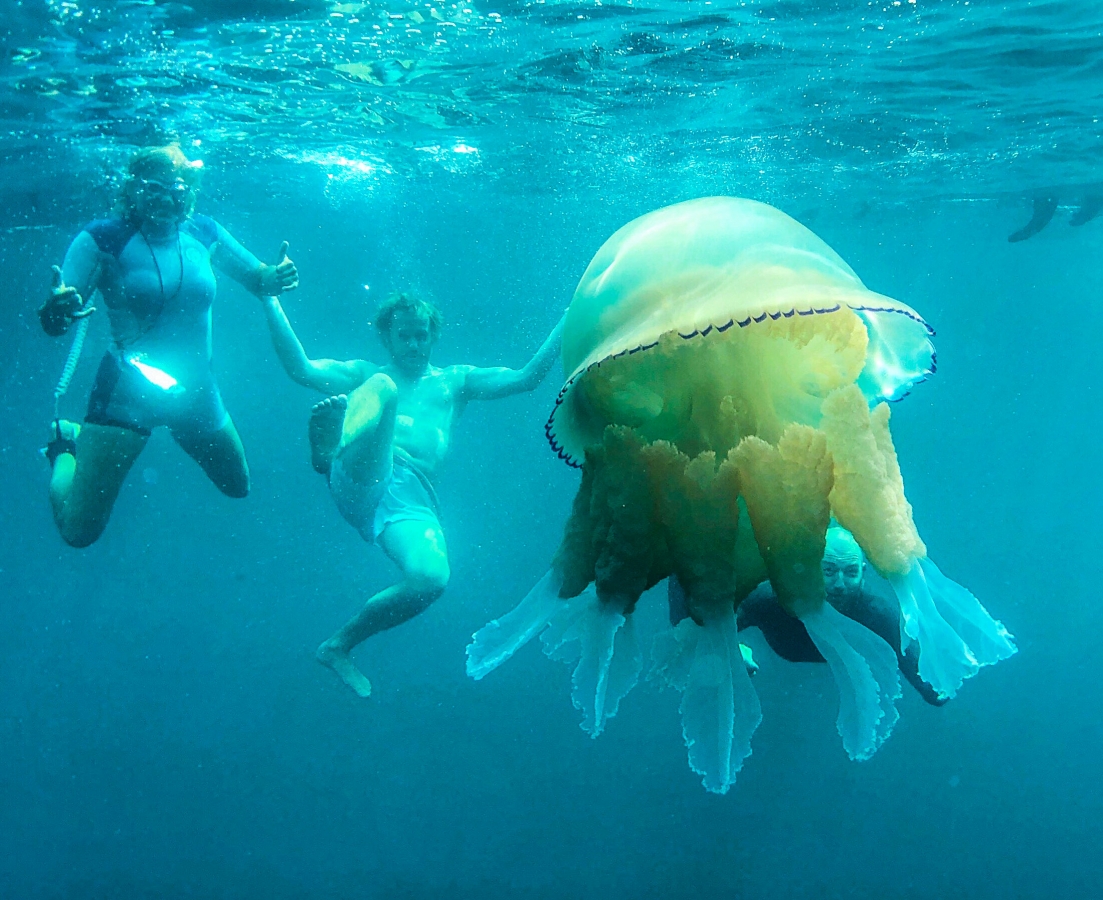 This stunning underwater picture shows a couple plunging into the sea – next to a monster-sized JELLYFISH.

The barrel jellyfish have been spotted in record numbers around the British coast this summer.

One expert claims she has spotted more over three days than in the previous 15 years put together.

And the latest sighting was caught on camera by artist Toby Ray while he was out on the ocean earlier this month.

Toby, 41, specialises in seascape painting and was taking a trip on his SUP to scout new terrains between Trevone and Stepper Point, near Padstow. Cornwall.

He said: “It was just by chance. We didn’t set out to find it but are always on the lookout.

“It was just below us. I always take my iPhone in a waterproof housing to capture whatever is around but I saw it and just jumped straight in.

“It is definitely the biggest one I have seen and was around 120cm long and about 50cm wide.”

Toby, of St Eval, Cornwall, added: “The barrel jellyfish are hard to find. You have got to be in the ocean all day every day to try and capture them.

“It was pretty amazing to be stood up on the board and then see this massive jellyfish. When it is just that and the deep blue ocean it is a bit surreal – like being in space.

“There were no other sea creatures around apart from this massive jellyfish and it was a great feeling.”

Some spotted already this summer in Cornwall have been longer than 8ft.

Experts say that warmer weather may be bringing their prey into British waters and an invasion could be imminent just as crowds of tourists prepare to flock to the coast for the summer holidays.