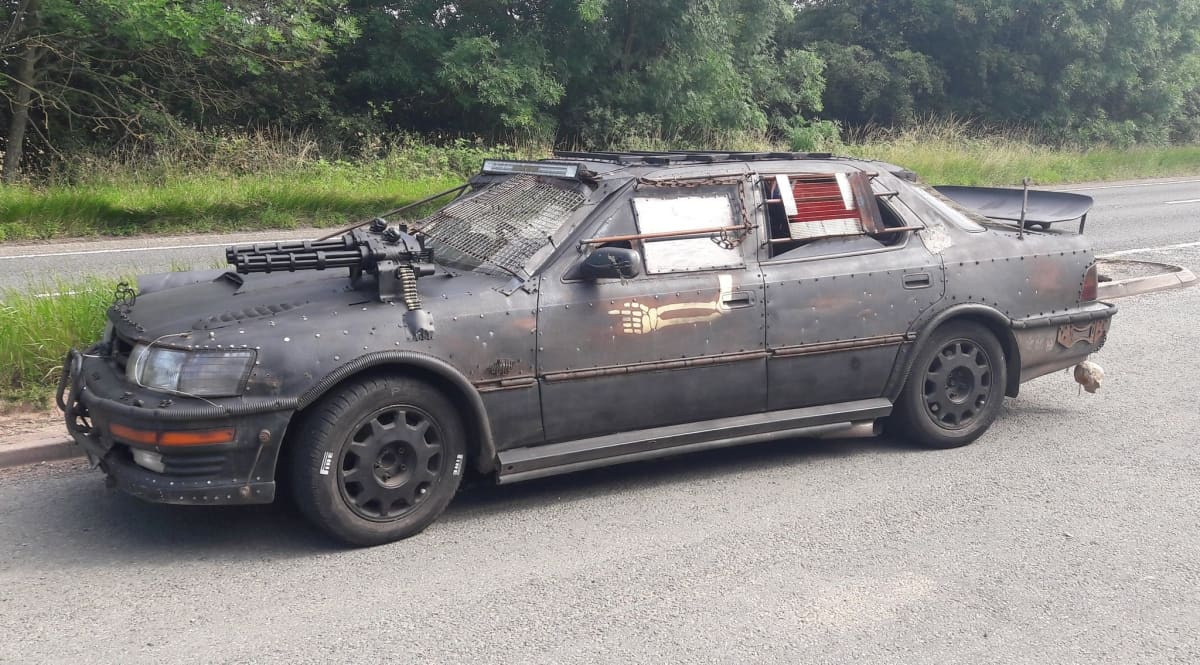 Armed cops swooped on a car with MACHINE GUNS mounted on the bonnet – only to discover it was a broken down prop from the Mad Max movies.

The car was spotted in a layby on the A49 near Moreton-on-Lugg, in Herefordshire, on Tuesday (23/7) afternoon.

Terrified motorists dialled 999 to report seeing what appeared to be two huge machine guns on the bonnet complete with ammunition belt.

But when officers attended the scene they discovered the motor was in fact an old prop used in a Mad Max movie.

Tweeting pictures of the car, OPU Herefordshire police wrote: “Report of a car with machine guns mounted on it? Thankfully it was just a breakdown used in a Mad Max film.”

Herefordshire councillor John Harrington saw the police as they quizzed the driver.

He said: “I departed when I heard him the car owner say the words ‘good afternoon officer’ as a slightly concerned community copper approached him.

“He was shortly joined by traffic and I assume a firearms BMW which passed me as I was going up Dinmore.”