Police removed the inflatable, named Kevin, from the middle lane of the M27 in Fareham, Hants 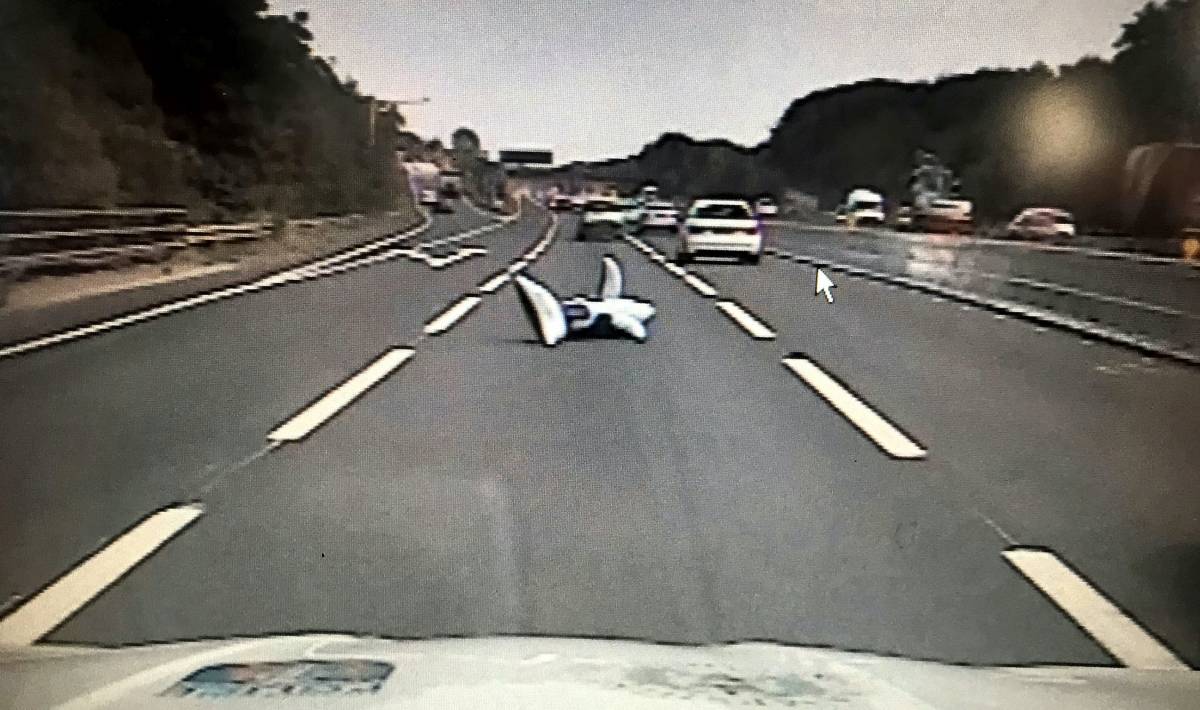 Police were called to a motorway after reports of a ‘killer whale’ in the road – which turned out to be an inflatable toy.

Officer removed the inflatable from the middle lane of the M27 in Fareham, Hants.

Hampshire Police posted on Twitter: “Well we’ve had some interesting debris jobs reported on the motorway in the past……but never an inflatable killer whale in lane 2!!!!

“So if you’re missing one from Fareham M27 “Kevin” the killer whale is now safe and sound at Havant Police Station #23754.”