Chris Dade decided to travel the world after his job of 14 years came to an end and arrived in Kenya almost two years ago - and now wants to save as many orphans and vulnerable young children as possible. 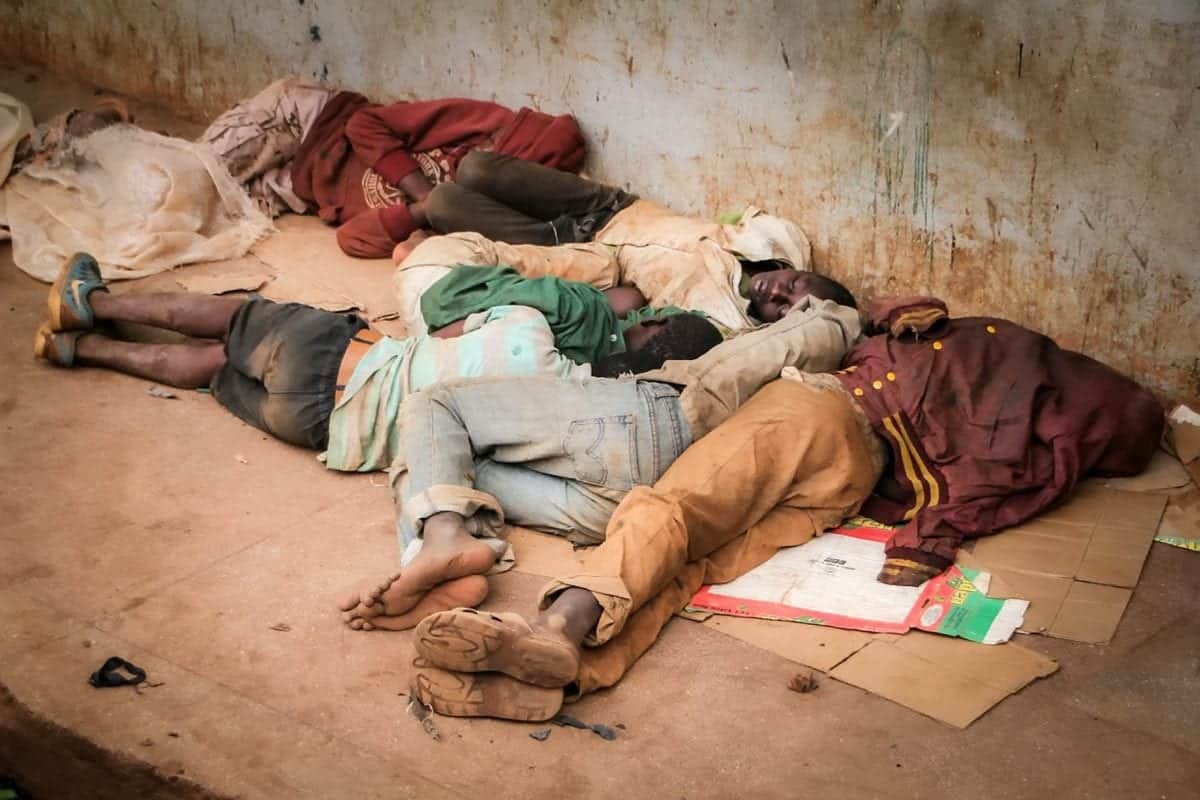 A kind-hearted photographer has set up his own children’s home in poverty-stricken Kenya – and has adopted a whopping 74 street children.

Chris Dade decided to travel the world after his job of 14 years came to an end and arrived in Kenya almost two years ago – and now wants to save as many orphans and vulnerable young children as possible.

The 46-year-old was shocked at the conditions he saw street children were living in and decided to take 74 Kenyan children under his wing – and has set up an orphanage-style home for them.

He is now a charity director at the Harambee for Kenya charity and legally responsible for the boys, aged seven to 21-years-old.

Chris, from Brighton, East Sussex, said: “These guys inspire me. 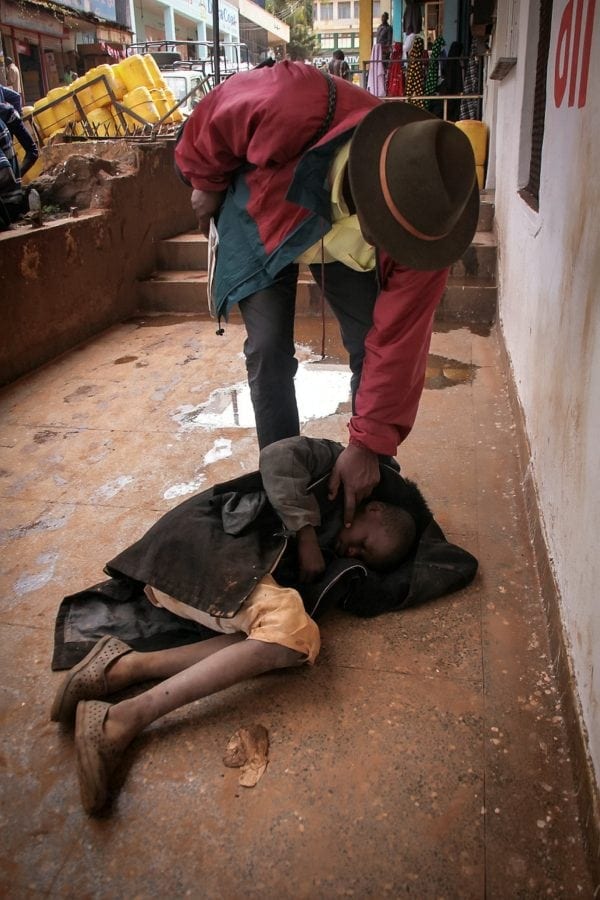 “The decision to adopt them and become a parent was scary but also a privilege.

“I am now legally responsible for them.

“They have taught me a lot about resilience, brotherhood and living together.”

The freelance photographer and human rights volunteer jumped at the chance when he was invited to Kenya by charity founders Leslie and Roger Dann, also from East Sussex.

The organisation ran initial outreach projects for street children with scouts who provided activities for them during the day.

But the boys had to fend for themselves when they returned to the streets at night and the couple decided to build a community of houses for them. 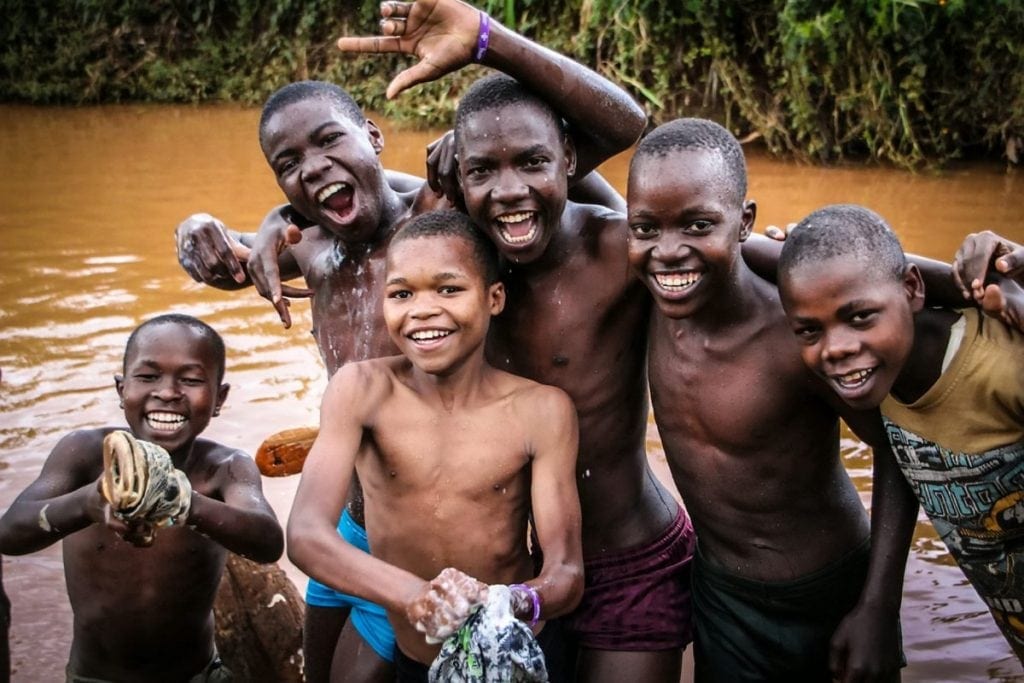 Chris was inspired by the initiative and flew out to teach the children creative writing and how to take pictures, letting them use his camera as a tool to tell their stories.

He said: “The children have written poems about their experiences on the street and described taking glue as the only way to survive it.

“That was the hardest thing – to see them arrive in a mess, concussed with glue and dribbling like zombies.

“A lot of children there do not have rights, particularly street kids who are not even recognised as humans.

“Glue gives them the courage to beg and steal and is their answer to hunger.

Denis K, one of Chris’s adopted children, described his experience living on the streets.

He said: “Living on the streets isn’t easy, it needs one to employ survival tactics.

“You are not a person. They see you as a street dog or something without honour.”

Chris is motivated by his quest for a sense of community, something he felt was lacking in Britain and has made trips to countries such as Brazil, India and Kenya in search of it.

He said: “The NHS recently spoke about the loneliness epidemic in the UK. 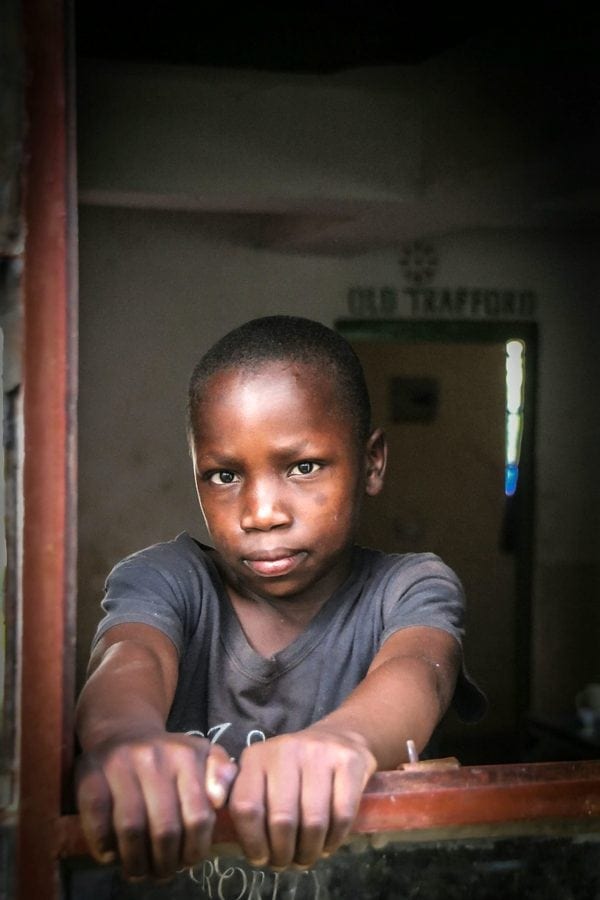 “It is really interesting how children that have nothing and come from gangs – it is them who taught me about belonging.

“It is this unity that we all long for, which these children look for in gangs, whether they are in London or in Kenya.”

The volunteer trustee was surprised by how the boys care for one another and the sense of community they have.

He said: “It is a hard life and it is very extreme living on the streets.

“The children described it as hell and as if the world has turned its back on you.

“When a new boy arrives, they can turn up with worms in their feet but they other boys take the worms out and look after them.

“It is that tenderness that you see among the boys.

Chris said that gangs operate in ‘bases’ around Kenya and, like in London, trouble can break out when one gang member crosses into the territory of another.

He said: “These children are looking for community and a sense of belonging.

“But the boys now recognise that they can search for that community in a positive way.”

The charity next plans to build houses specifically for street girls, funded by a UK based surveying company. 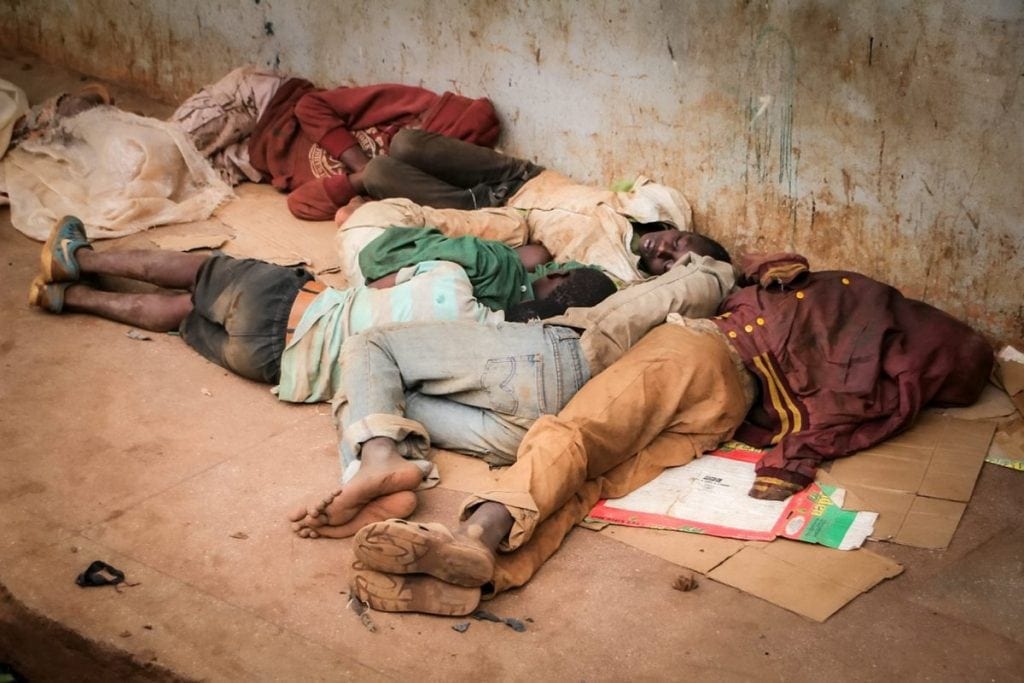 “The dowry system you have out there means when you marry, the family of the female asks for a lot of money of cattle.

“A girl member of the family is high value and they don’t last long on the street until they are taken and misused by other people including for prostitution.”

Harambee for Kenya is run by UK-based volunteers who travel to visit the children regularly as well as those who live in Kenya full time.

Child care staff are on hand to go to the children’s houses where the street kids largely look after one another and the cooking and running of their homes.

The proud father travels to Kenya every few months to see the boys under the care of Harambee, which means ‘unity’ in Swahili.

He said: “I am on the road a lot. I am going to India next and I will go out to Kenya in January for a couple of months. We take it in turns.”

Chris is giving a voice to the Kenyan children and exhibiting their work in Brighton until next Thursday as part of the city’s annual Fringe Festival. 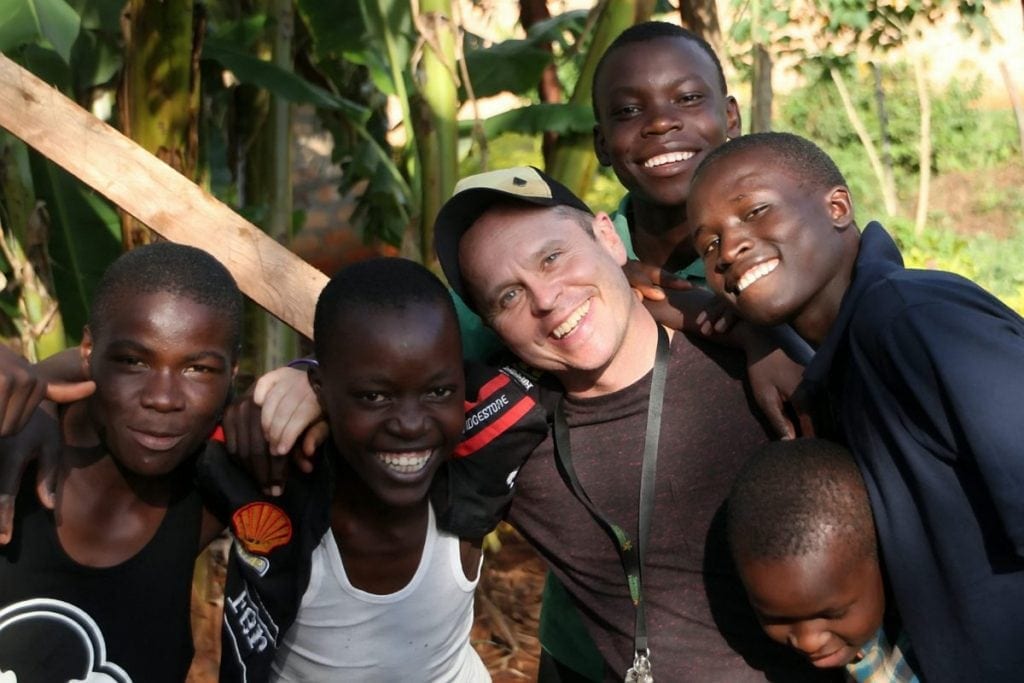 His Umoja photography exhibition will display the images and words of the street children themselves which they produced during his workshops in Kenya.

Emmanuel, one of the Kenyan street kids adopted by Chris, said: “I am happy. I now have hope, I am seeing my future come alive.

“We are like a family, we always work together as brothers to show that we love each other and that we are as one people.”

Brian, also adopted by Chris, said: “Without hope in life, life is useless.

“The streets stole my hope, the safe house gave it back to me.”