Tanami, a 19-month-old Queensland koala who had his own seat on the flight from Dusseldorf to Edinburgh. 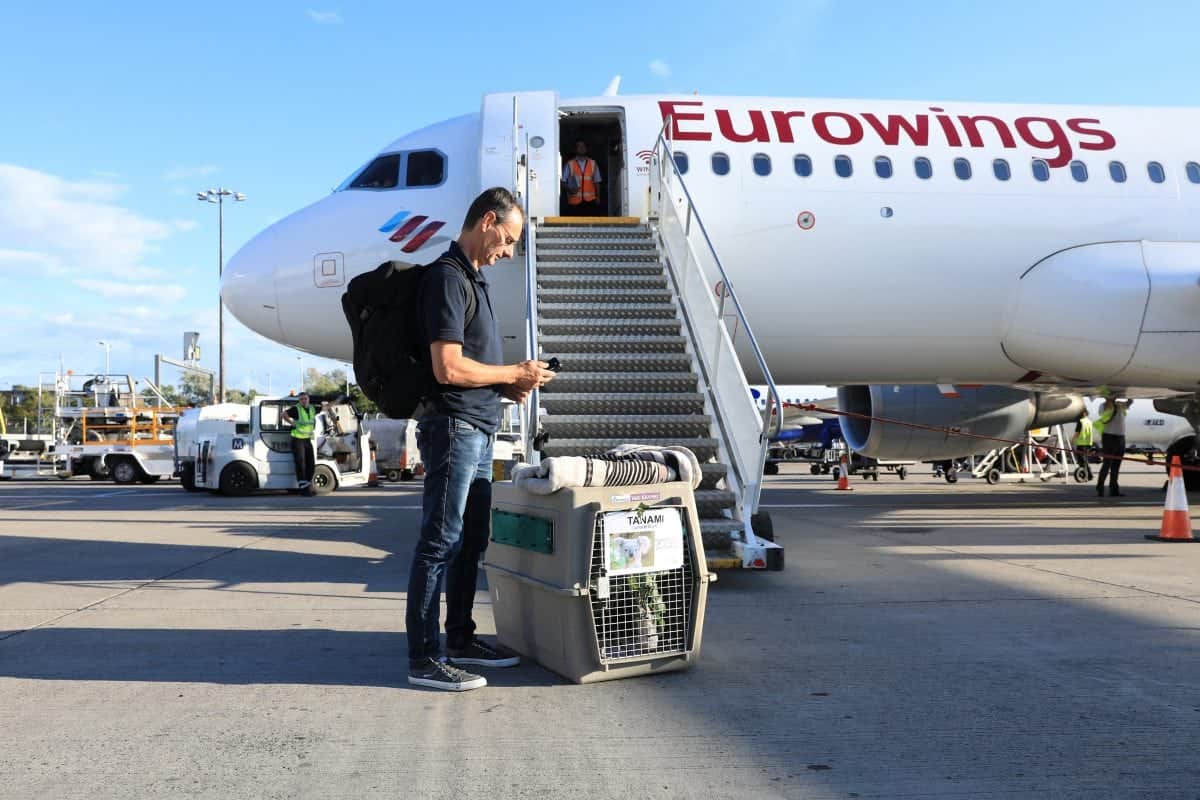 Passengers on a flight last night were stunned to see they were sharing the cabin with a koala bear.

Tanami, a 19-month-old Queensland koala, had his own seat on the flight from Dusseldorf to Edinburgh.

He travelled over 700 miles from Duisburg Zoo in Germany to join Scotland’s only koalas as part of a conservation breeding programme.

Darren McGarry, head of living collections at RZSS Edinburgh Zoo, says when it came to transporting the bear special care had to be taken. 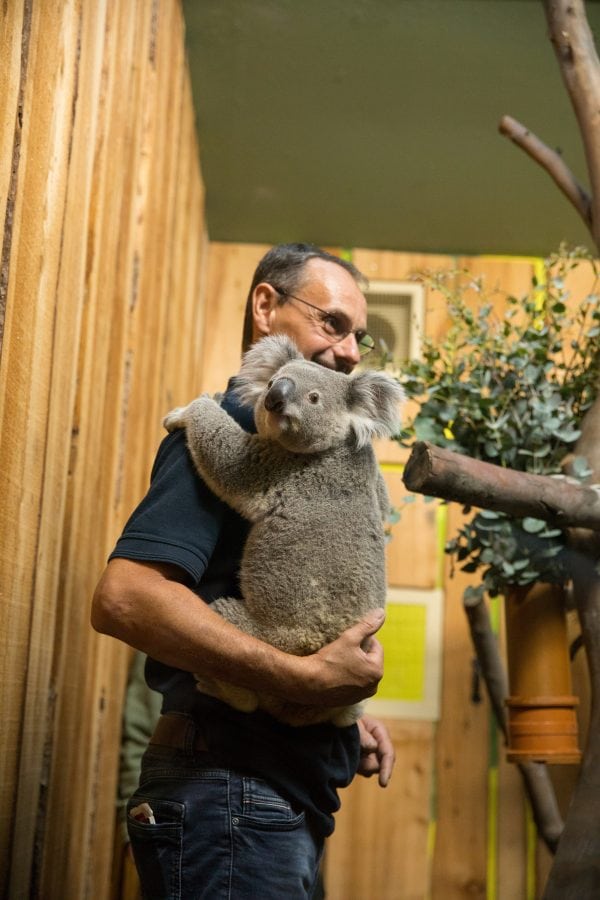 He said: “Koalas are very sensitive animals, so special care needs to be taken when transporting them.

“They travel in the plane’s cabin and not in the hold so keepers can easily make sure everything’s okay during the flight.

“We are very excited to have Tanami join us here at the zoo.

“Koalas are a real favourite among our visitors and it’s great to see him settling in well and enjoying his new surroundings.”

Tanami is trading places with Toorie, Edinburgh Zoo’s young male koala, who will be making the return flight to Duisburg Zoo next week. 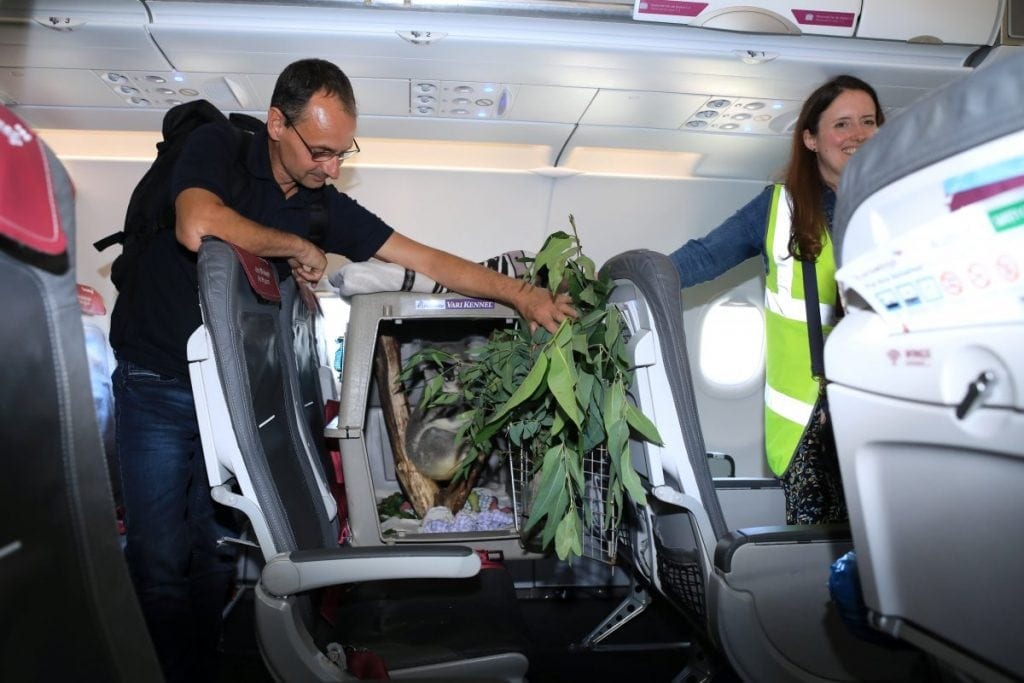 Darren added: “Toorie will be missed by everyone here at Edinburgh Zoo, but we are proud to see him playing his part in the conservation of the species.”

“It was quite exciting to have Tanami arriving here and he joins a list of famous animals who have touched down here to make Edinburgh Zoo their new home.”

Koala numbers are in decline throughout the Eastern coast of Australia where they naturally occur. 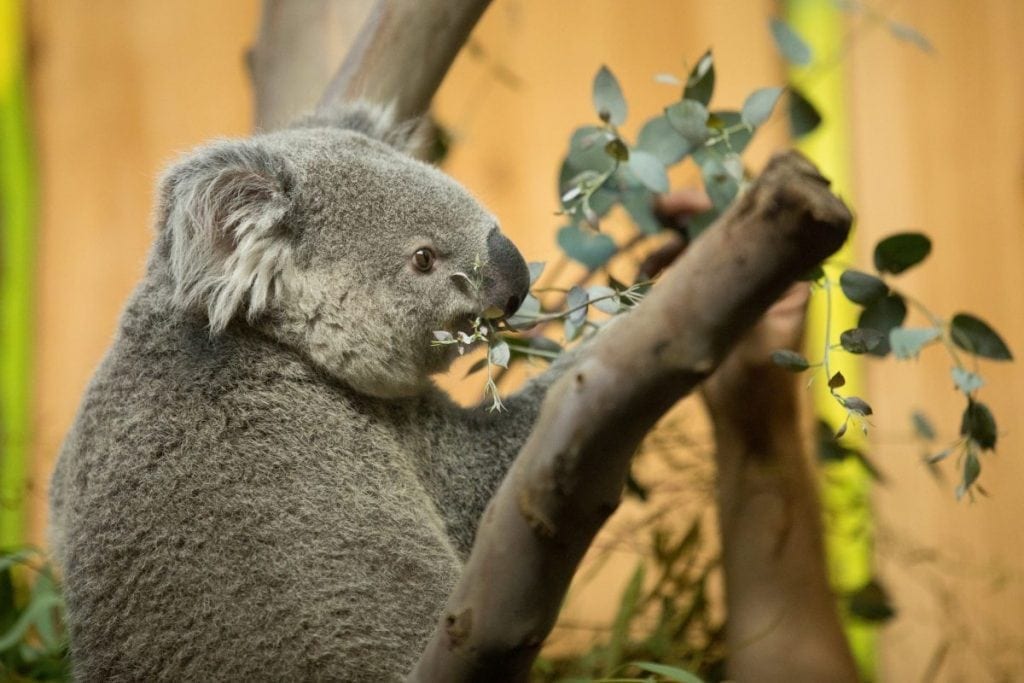 The eucalyptus forests that koalas depend upon for survival are disappearing to make way for roads and housing.

When koalas move from one tree to another on the ground, they are very vulnerable to predators, including wild and domestic dogs, and many are hit by cars.

As well as being members of the managed breeding programme for Queensland koalas, the Royal Zoological Society of Scotland makes regular contributions to support conservation projects in Australia that help to rehabilitate sick and injured koalas and release them back into the wild.

Viewing will be restricted over the weekend while Tanami settles into his new home but visitors can look forward to seeing him in the coming weeks and months.