Britain's worst female sex offender, 49, was recently released from a ten year prison sentence after abusing toddlers at a nursery 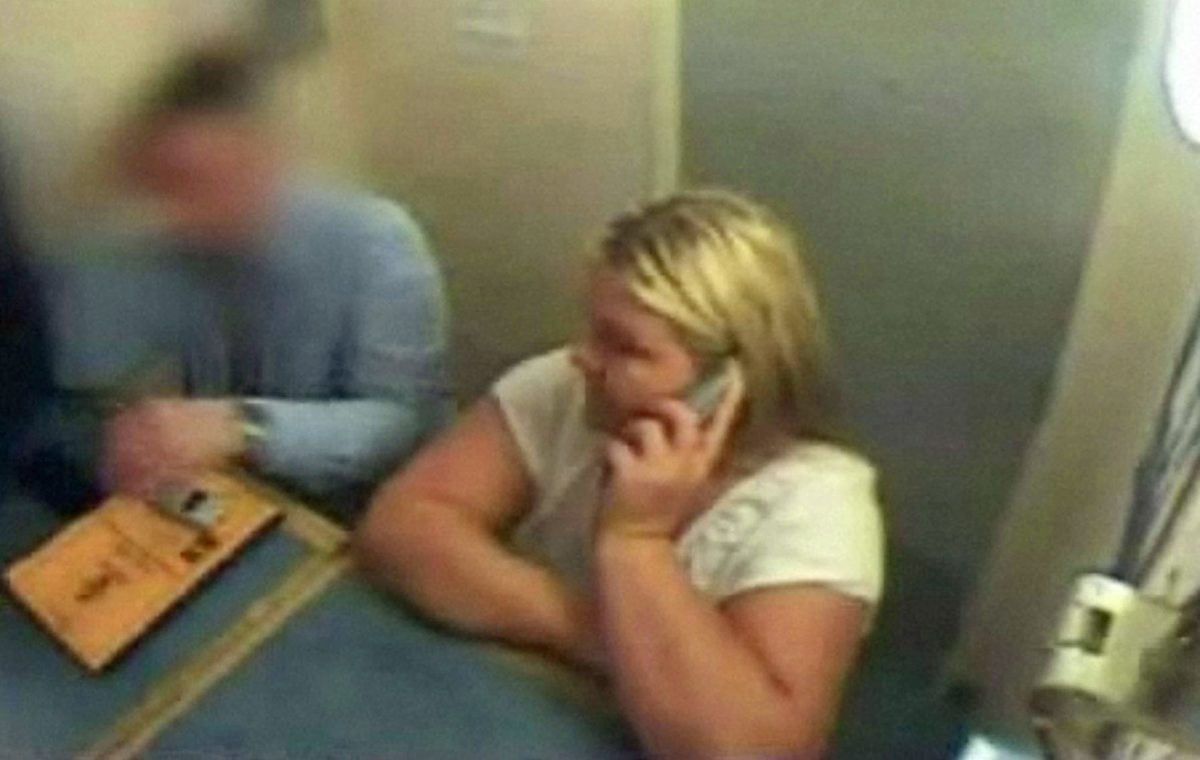 The parent of one of Vanessa George’s potential victims has penned an emotional letter begging the notorious paedophile to name her victims.

The pre-school worker admitted to taking photos of herself harming babies and toddlers at Little Ted’s Nursery in Plymouth before and sending them to paedophiles.

But despite admitting her grotesque crimes, George has never revealed who her victims were, leaving police just a list of potential victims.

Now an unidentified parent has written an open letter after news of her release reopened old wounds.

In the letter the unidentified parent wrote evil George has left her with a “legacy of pain and constant reminders of the past”.

She said her now-teenager has had undergone “counselling and social problems since they were 18 months old”.

She said her child “still wets the bed” and the past decade has left her feeling like “a mother full of shame guilt and disgust”.

She ends the letter – which was handed to ITV West Country – with an open plea, telling the paedophile: “I want answers, I want a list of names of those children affected”.

Earlier this month a parole board ruled George no longer posed a significant risk to the public and was eligible for release.

Under the terms of her release she has been banned from returning to Devon or Cornwall.

Parents of Vanessa George’s potential victims attended a meeting organised by Plymouth City Council and the Prison and Probation Service.

The authorities said it was “to support parents who may have felt they have been unsupported following conviction and now, following the release of the offender”.

But some had turned down the opportunity.

One parent said: “What’s happened has happened – we can’t change it. We can only hope that it doesn’t happen again.

“We can’t know any more because she won’t name names. We won’t get any answers from her.

“I just think it’s time to shut the door on it and try and get on with our lives and live as best we can. That’s the only thing I think I can do now.

Another added: “It’s so sad – my son is now 13 and he still says ‘that nasty lady’. He’s got a sponge brain, soaking up every thing and he remembers a lot.

“I just hope he has nothing he remembers from back then.”

If you’re reading this then you’ve been let out. I don’t even know if I will send it. You were my friend. I honestly cannot believe you would hurt our children the way you did. I feel disgusted and ashamed every day that I left my beautiful innocent children with you willingly as you smiled at me, knowing what you were doing. The guilt you have left me with as a parent has been so overwhelming at times I have questioned my own judgement and ability to be a good parent. I’ve waited until the kids are in bed to sob. I’ve cut perfectly good people out of our lives because I don’t trust anyone.

What you’ve left me with is a legacy of pain and constant reminders of the past. A 13 year old child that still wets the bed and has never had a sleepover at a friend’s house. A child that has had counselling and social problems since they were 18 months old. A child that finds it difficult controlling his emotions and is full of rage at times. A mother full of shame, guilt and disgust.

A mother who wishes she could take it all back and change things. A mother who doesn’t think there’s any punishment in the world fit for what you’ve done to my baby and my family. A mother whose heart is absolutely shattered into pieces every time she sees your face or hears your name because it reminds me that I gave my children to you without a thought at the school gate every day.

You set my family down a path 10 years ago that no one should ever have to go down. Your actions have ricocheted through every aspect of my families life since 2009. Just when we start to move on, your face appears again or the nightmares start. You owe every single family a definitive answer. You owe us a list of names. You owe us parents a decade without regrets, shame and guilt. You owe our children their childhood, their innocence, their lives back!

You’ve survived the last 10 years, my family has suffered. It’s not fair that you get to move on now and start a fresh life and we are left to continue suffering. I want answers, I want a list of names of those children affected…and if you don’t give them up then I only wish that you can experience even half of the excruciating torture we have endured.