BREAKING NEWS: There were extraordinary scenes in the House of Commons as for the first time in history MPs voted to find the Government in contempt of Parliament over its refusal to release its full legal advice on Brexit. The Government is now set to publish the full text. Theresa May’s attempts to hide the […] 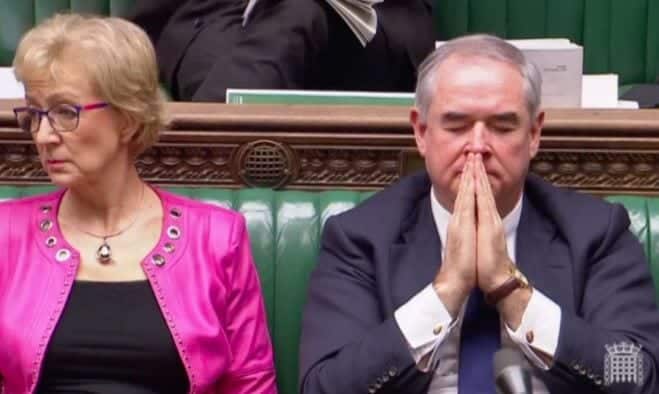 There were extraordinary scenes in the House of Commons as for the first time in history MPs voted to find the Government in contempt of Parliament over its refusal to release its full legal advice on Brexit.

The Government is now set to publish the full text.

Theresa May’s attempts to hide the full legal advice on her Brexit deal despite MPs voting that they should see it avote on the deal were scuppered.

“The government is wilfully refusing to comply with abinding order of this house,” Shadow Brexit Secretary Kier Starmer told MPs in today’s debate.

Today’s vote was the first time in history that a government has been found in contempt of parliament by MPs.

Prime Minister Theresa May no longer appears in charge of her party many of whom voted against her in historic scenes in parliament today.

It is another sign that she is set to lose the 11 December vote on her Brexit agreement.

Her party is in open revolt against her and she’s been forced to pluck unknown MPs from the backbenches to fill her cabinet and cope with resignations.

MPs passed the motion accusing ministers of contempt for ignoring a previous vote that legal advice provided by Geoffrey Cox, the attorney general, should be published in full by 311 votes to 293.

The DUP, who have shown that their confidence and supply deal with the Tory government can no longer be relied on, voted against Theresa May.

Yesterday Geoffrey Cox was attacked from all sides ,insisting that May’s deal was a gamble worth taking according to his advice, while being forced to concede that Britain would be at the EU’s mercy over the backstop arrangement.

Today the defeated face of the attorney general said it all.

After the vote the Tory government was forced to agree to publish his full advice on Wednesday.

Andrea Leadsom was forced to concede to her parliamentary colleagues: “We’ve tested the opinion of the House twice on this very serious subject. We’ve listened carefully and in light of the expressed will of the House, we will publish the final and full advice provided by the attorney general to Cabinet.”