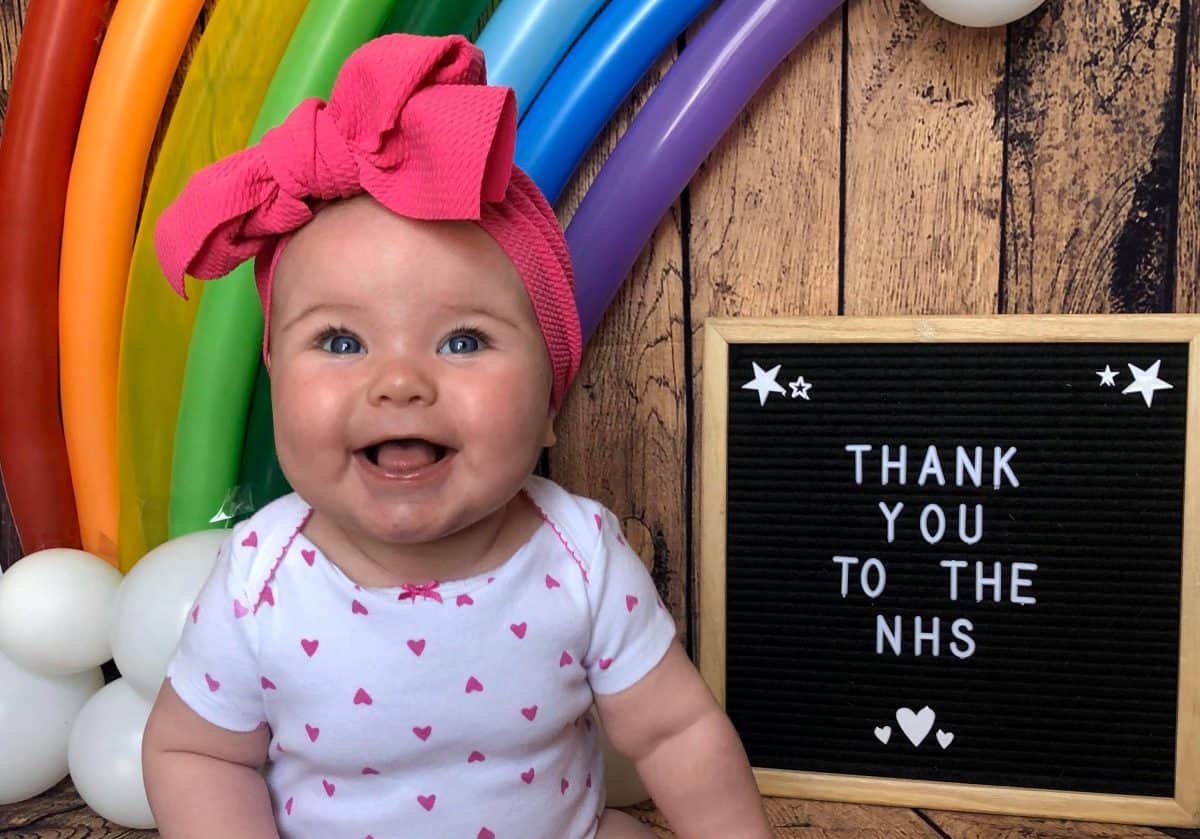 A mum has praised “amazing” NHS staff after describing her “nightmare” ordeal – when her five-month-old daughter tested positive for coronavirus.

Emily Woodger, 25, spent three “long” days in hospital with baby Amelia, and was “heartbroken” when she was told her daughter had tested positive for Covid-19.

Emily, from Brandon, Suffolk, described the moment she was given the news as “like living in a movie” – but she has praised the “amazing” NHS staff who looked after little Amelia.

She said: “The doctors and nurses were simply amazing, and treated her quickly. We are so grateful to the NHS and West Suffolk Hospital.”

The family’s ordeal began on April 4, when Amelia’s temperature began to rise.

Emily said: “On Saturday, April 4, me and my family went for a walk.

“We returned home worried, as Amelia had slept the whole time which is unlike her.

“I took her temperature and it was high. We gave her Calpol and a bath, but it just kept going up. It went over 39 degrees.”

The ‘normal’ body temperature for a child of Amelia’s age is typically around 36.4 degrees – with anything over 38 degrees considered to be a fever.

Emily added: “I called 111 I was told a doctor would call back. He said it could have been possible chicken pox and to call back if we were worried.

“By 10.30 in the evening she was cold, but sweating. Her temperature was up again and she had a high heart rate.

“We called again and were told we would need to go to A&E.”

Emily said Amelia was given every test possible, from a lumber punch to a Covid-19 test.

She said: “We were told it would take three days for the result. We were unable to see family in that time – it was a waiting game.

“By the Monday, the doctor came in wearing extra PPE to what he had been wearing before.

“I already knew what he was going to say. She was positive.”

Emily added: “I was completely heartbroken. You never think it’s going to happen to you or your family.”

Thankfully, Emily and Amelia were allowed home the next day (Tuesday, April 7) – and they are now six days in to their 14-day isolation.

Emily said: “Amelia is getting back to healthy, but has a terrible cough which has appeared.

“I feel like I have been living in a movie. We will be glad when this nightmare is all over and we can see our family again,” Emily added.

She said: “It goes without saying, stay at home and keep your loved ones safe.

“The biggest thank you to West Suffolk hospital for the most outstanding care at these uncertain times.”