Melissa Whitchurch said her desperate situation has even put her back in touch with her estranged mum, who sent her a van full of groceries immediately after reading about her situation in her local Welsh paper. 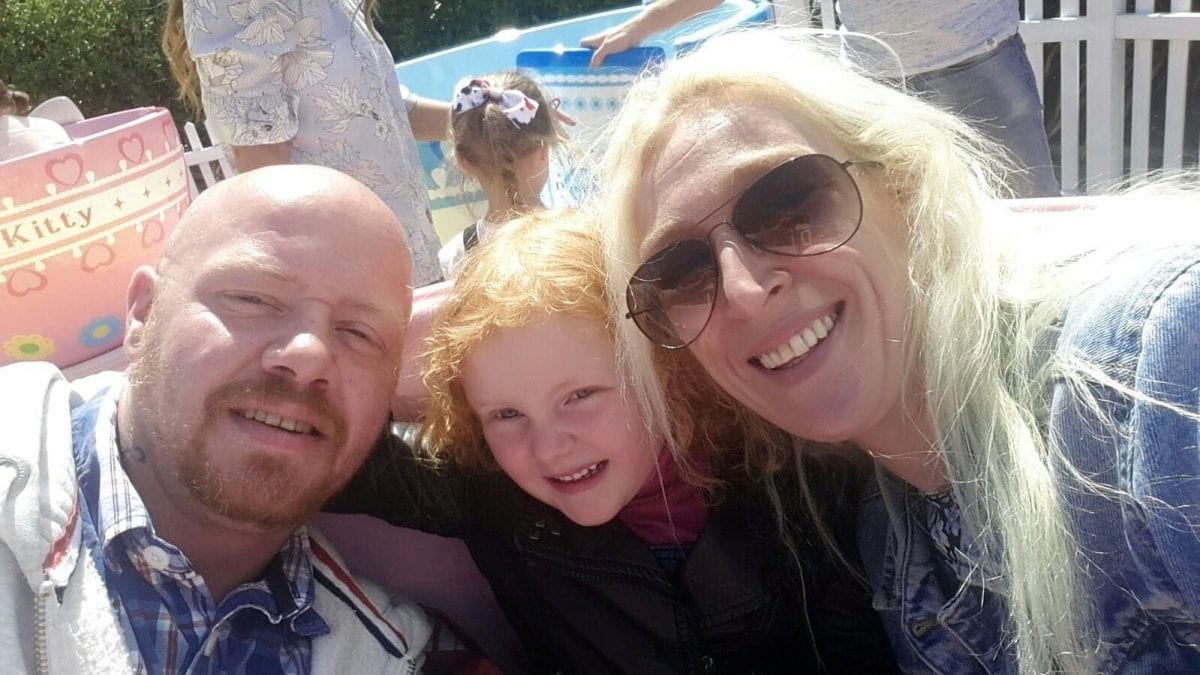 A mum is ‘shocked’ and ‘overwhelmed’ by the public’s generosity after she a Universal Credit blunder left her with just 74p to feed her family for a week.

Melissa Whitchurch said her desperate situation has even put her back in touch with her estranged mum, who sent her a van full of groceries immediately after reading about her situation in her local Welsh paper.

The 35-year-old said she is extremely grateful for all the response to the crisis, after her cupboards were stocked by strangers who kindly donated all manner of food to the struggling family.

Melissa’s plight is also helping heal an eight-year rift with her mother, who she hopes to introduce to her five-year-old Cheyenne.

Melissa, from Brighton in East Sussex, said she ‘broke down’ when her mum got back in touch on Facebook and really hopes they can rebuild their relationship.

She said: “It was a really big shock just how many people wanted to help after they heard about our situation, we are so thankful.

“First a lady came round and dropped some bits off – some bread, milk and even some fruit for Cheyenne to take into school so she was not left out when the children have their healthy snacks during story-time.

“A few days later another stranger did a massive shop for us. That was a huge shock.

“There were just so many people texting and asking if there was anything they could do.

“Even parents of the children in Cheyenne’s class and the head mistress told me to let them know if we are every in this situation again.

“All my cupboards are now stocked up, you can’t move in there.”

Melissa, who lives with her partner Chris Steer and their daughter Cheyenne, said their kitchen is now full with ‘all the essentials’ including pasta, rice, cereal, tinned foods, meat, and fairy cakes and mountains of fruit.

The family were astounded when they realised the news had reached people as far as 300 miles away when a priest offered to help from Newcastle and said the kindness was ‘just amazing.’

But Melissa said she ‘broke down’ when her mum contacted her on Facebook and sent her ‘a massive food shop’ via Tesco delivery from Wales, where she lives with Melissa’s sister and eldest daughter.

She said: “My mum saw the article in the paper.

“I haven’t spoken to her since my granddad died about eight years ago.

“We were always like friends, my mum and me, and it was a difficult situation when we lost contact.

“My sister arranged for the Tesco food delivery to be sent to my house and now we have said we want to get past the things that happened in the past.

“I speak to my sister every day, just little bits, and I am hoping to be able to meet up with them soon.”

Melissa said she was misinformed about her new Universal Credit payment dates when she asked to change their plan from a monthly to a fortnightly one and budgeted accordingly, expecting her payments to be made two weeks apart.

The former shop assistant has limited mobility and has aids to help her around the house due to her back pain and other health issues, for which she takes more than 40 tablets per day.

Her partner Chris was also signed off from his job as a chef just five months ago for mental health reasons.

A DWP spokesperson said: “The vast majority of claimants are paid in full and on time, and are comfortable managing their money.

“Advance payments and budgeting support is available for anyone who needs extra help.

“Under Universal Credit, evidence shows people are moving into work faster and staying in work longer.”

Universal Credit is a new benefits system, introduced to simplify and replace many existing benefits and tax credits and consists of a single, monthly benefit payment into a bank account.

The DWP continues to spend around £90 billion a year on working-age benefits, including for those on low incomes.