Mum-to-be Laura Louis gave birth on her wedding day after being rushed to hospital in her bridal gown. Laura Louis, 36, felt her waters break at her wedding reception just hours after tying the knot to husband Lou. The couple, who have their own Irish folk band, were performing for their guests on St Patrick’s […]

Mum-to-be Laura Louis gave birth on her wedding day after being rushed to hospital in her bridal gown.

Laura Louis, 36, felt her waters break at her wedding reception just hours after tying the knot to husband Lou.

The couple, who have their own Irish folk band, were performing for their guests on St Patrick’s Day when they realised Laura had started having contractions.

They knew there was a possibility that baby Nicholas might decide to turn up on their big day as she was nearly full term at 36 weeks. 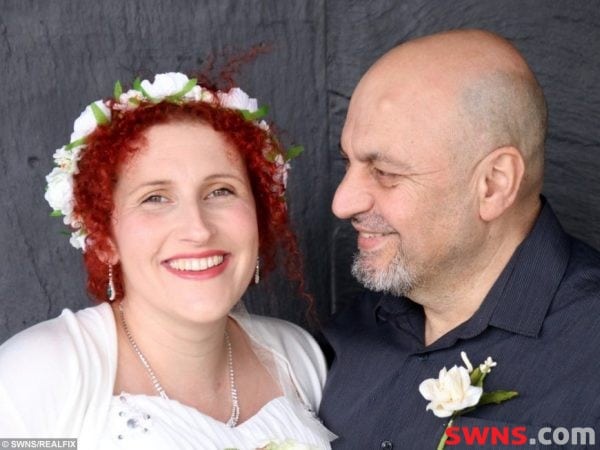 However the 11 midwives on the guest list, invited by her midwife mum, eased their worries.

Laura said: “I felt fine on the day so even though I was heavily pregnant, I wasn’t worried about going into labour.

“But I got on stage and was drumming away when all of a sudden I started feeling these twinges.

“I was hoping it was going to be nothing but then I went from happy to ‘ouch’ in moments.

“By the time I came off stage, the pain had gone from zero to 60. My mum, who is a midwife, took one look at me and knew I needed to go to hospital.” 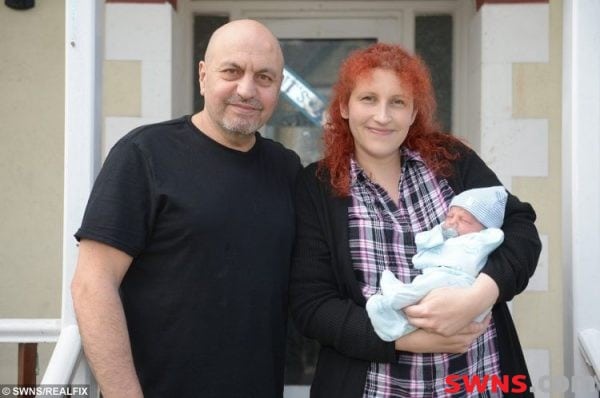 Laura was rushed to Southend Hospital where she turned heads in the maternity ward by turning up in her bridal gown.

“There were a lot of maternity staff at the reception as I’d invited a lot of mum’s friends,” she said.

“There were 11 midwives and we were joking that I’d be all right if I went into labour.

“When I did I was a bit worried there wouldn’t be any at the maternity ward as they were all at my wedding.

“When we got to the hospital there was a midwife by the door. She did a bit of double-take when I walked in wearing my wedding dress.

“I suppose if you’re going to do it, you may as well do it in style.”

Laura was taken into a delivery suite where she later gave birth to baby Nicholas who weighed 6lb 10oz. 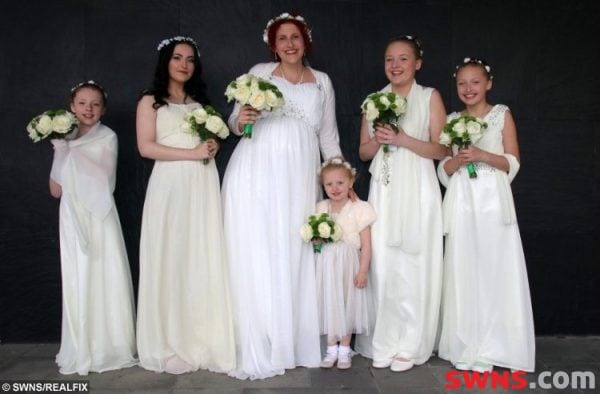 Mum of eight Laura and Lou, who run their own party shop, got together four years ago when she joined his Irish folk band, The Blarneys.

They played their first gig together on St Patrick’s Day 2013 – meaning they only had one date in mind when Lou popped the question just before Christmas last year. 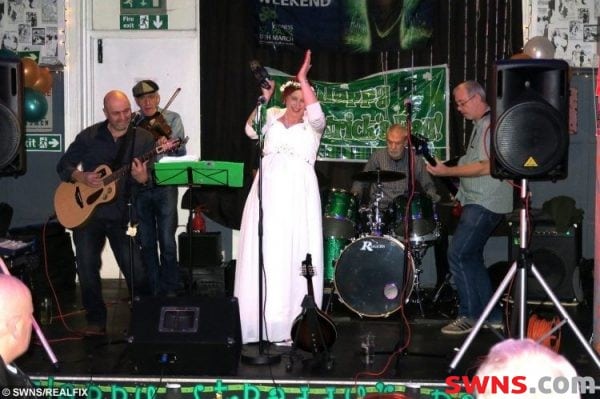 Lou, 62, said: “St Patrick’s Day is so special to us so it was the perfect day for us to get married.

“We knew it was close to the due date but we kept the wedding low-key just in case.

“We had the wedding at the register office and were hoping we would make it through the reception. We managed to get through half of the gig.

“We weren’t planning on having any other children because of our age gap but we’re over the moon.”