Fortunately, she had insufficient funds in her account, otherwise "who knows where I'd have woken up", she said. 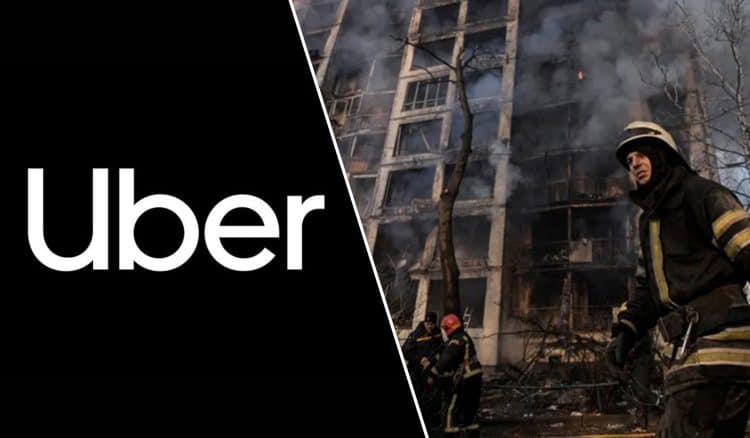 A mum ordered an Uber to Ukraine after a night out, saying she wanted to “help out” after a boozy evening.

Leoni Fildes had been out celebrating her friend’s birthday on Saturday, March 5th when her group started chatting about Ukraine.

The 34-year-old, who owns a dog grooming business, says she’d had a “few double pink gins and shots of Sambuca” at this point, as well as a bottle of prosecco, and drunkenly decided to order a taxi to Eastern Europe.

Fortunately, she was saved from the £4,500 bill as she had ‘insufficient funds’ in her account.

The following morning the mum had “flashbacks” of her risky mistake after her bank called to warn her about fraudulent activity on her card.

She says she’s now glad she didn’t have enough money in her account and has questioned what could have happened if she had embarked on the trip.

“The next day I didn’t remember doing it. I was like ‘oh my god’.

“I woke up to my bank ringing me, thinking my card had been [used fraudulently].

“Uber tried to take the payment nine times out of my account. They were pretty determined.

“I had a little flashback when the bank called and I said ‘I think it was me – sorry’.

“Normally, Uber allow a trip in advance but they’ve recently stopped it so I was lucky.

“I remember when we were looking, we said ‘oh, we’ll get the comfort one’. That’s dearer – the XL one.”

“Shall we get a taxi and go help them?”

Leoni explained: “I’d gone out with one of my friends in Swinton. We came up with the conversation about the war in Ukraine.

“One too many drinks later, we were trying to get a taxi home. We said ‘shall we get a taxi and go help them’.

“We’d been out for about four hours so I’d had a few double pink gins and quite a lot of shots of Sambuca and a bottle of prosecco. I think that might have tipped me over the edge.

“I don’t know what I’d do if Uber had let me order it. I don’t think I’d have got in but you don’t know after a drink. I might have piled into the taxi and realised when we got further out.

“It would have been coming out of my account and I don’t know where I’d have woken up.”