Dr Laura Whisler and Dr Janna Chibry, who specialize in obstetrics and gynecology, were called upon to assist a Sumatran orangutan who had gotten into difficulty during labor. 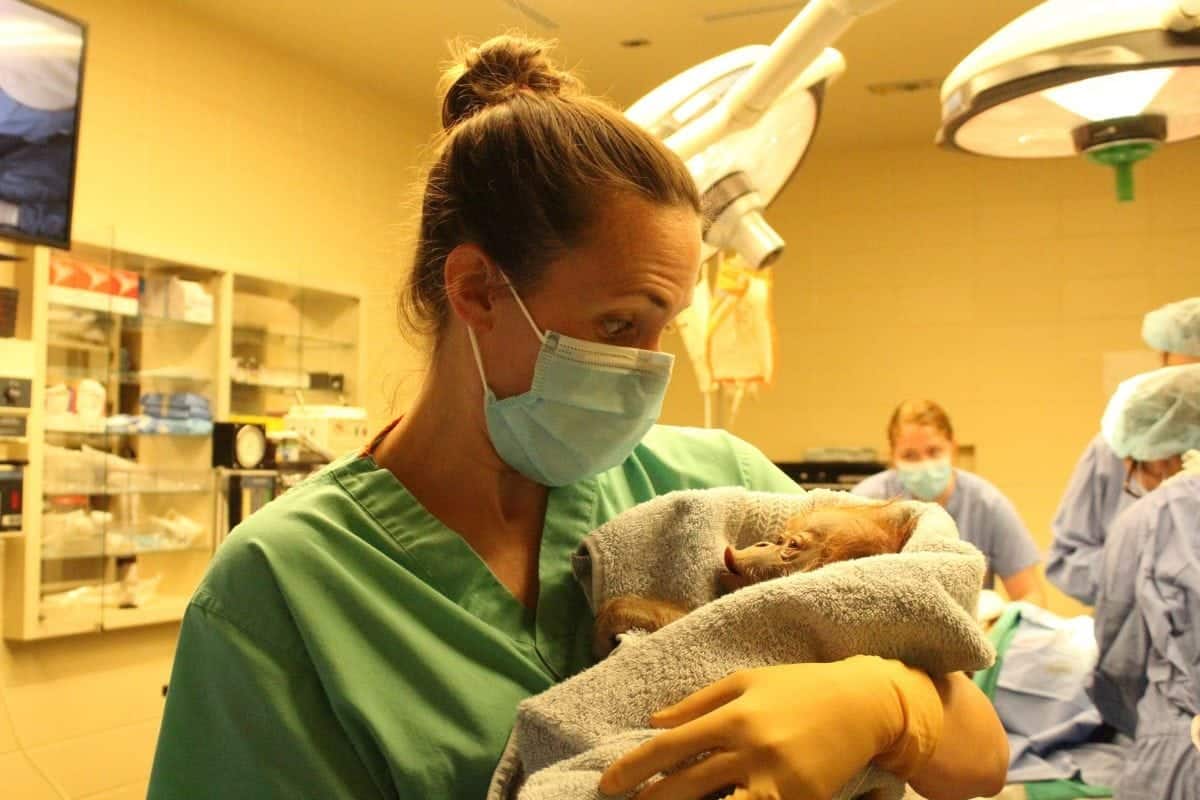 A pair of doctors took a break from their day job when they performed a caesarean section – on a pregnant ORANGUTAN. 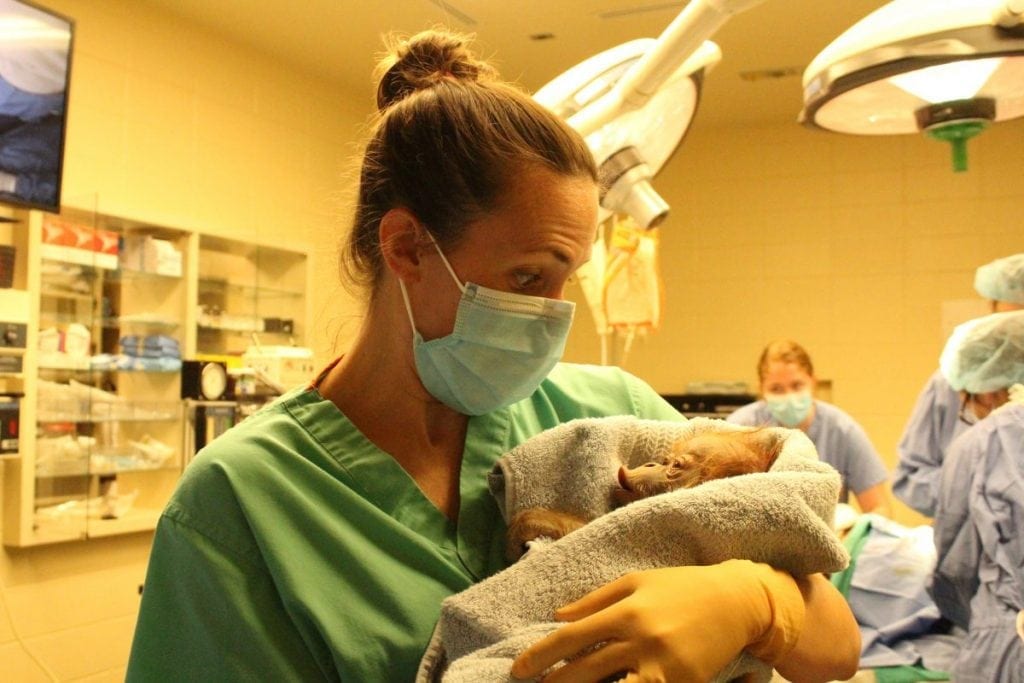 Dr Laura Whisler and Dr Janna Chibry, who specialise in obstetrics and gynecology, were called upon to assist the ape, which was suffering excess bleeding during labour.

The OB-GYN duo, who deliver babies every day in Wichita, Kansas, rushed to nearby Sedgwick County Zoo to assist Daisy, 36. 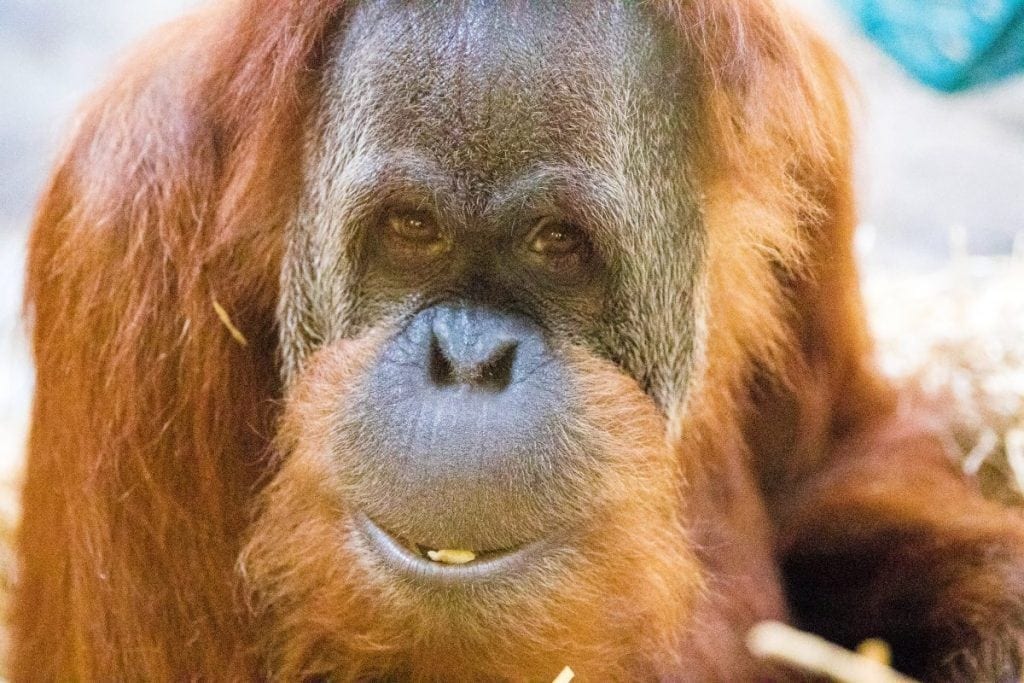 Her labor had slowed and was concerning the zoo’s senior vet Dr Heather Arens, whose two daughters were also delivered by Dr Whisler.

The doctors, who practice at College Hill Obstetrics and Gynecology, decided it was medically necessary to perform a c-section on Daisy.

They placed the ape under anesthesia and performed the procedure, bringing 4lbs baby orangutan Lily into to world at 8.14am on September 7. 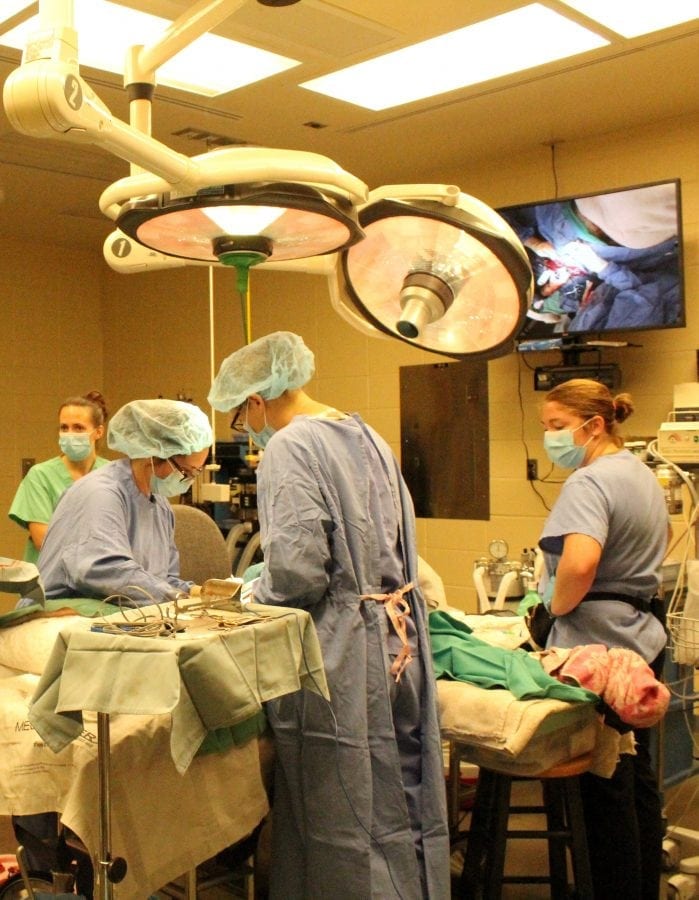 Dr Whisler said: “I have delivered two of Dr Aren’s human babies and about five years ago she asked me if I could help monitor the girth of a baby chimp.

“Since then, we’ve been on call whenever a primate is about to give birth.

“Orangutans usually deliver within a couple of hours but Daisy was having difficulty.

“She was experiencing increased bleeding and her labor had slowed down. 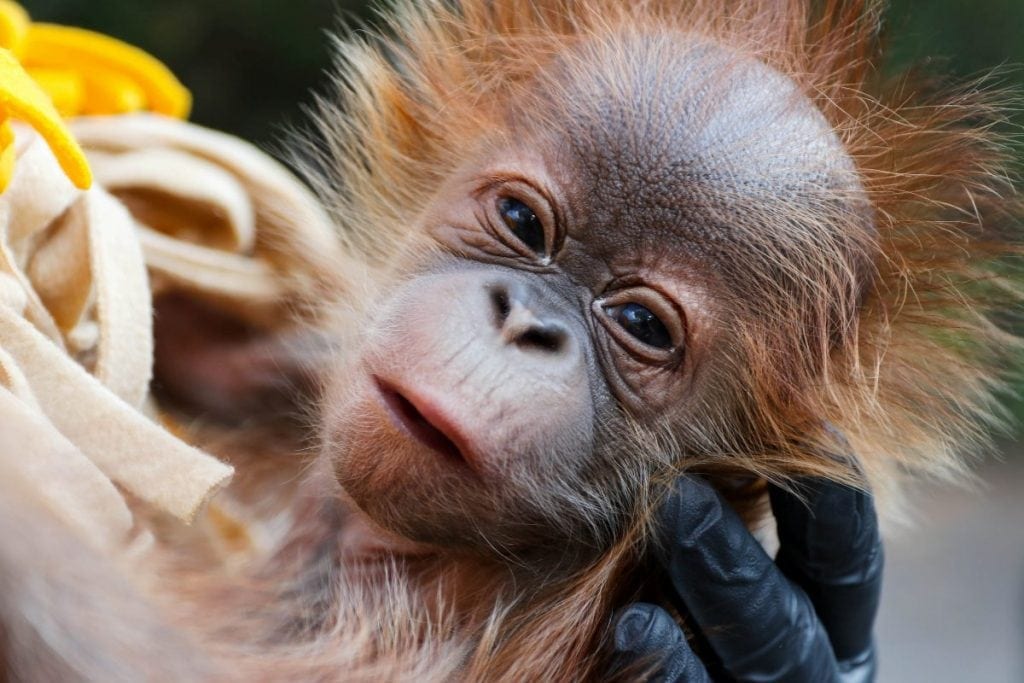 “She needed a C-section. It turned out that she had experienced a placental abruption, which is quite dangerous. She also had an infection of her uterus.

Dr Chibry added: “The anatomy of apes is very similar to humans, but it was surreal to be operating on an orangutan.

“We were able to hold baby Lily which was so neat.

“We deliver babies every day and that’s still so rewarding but it was so exciting to be involved in something like this.” 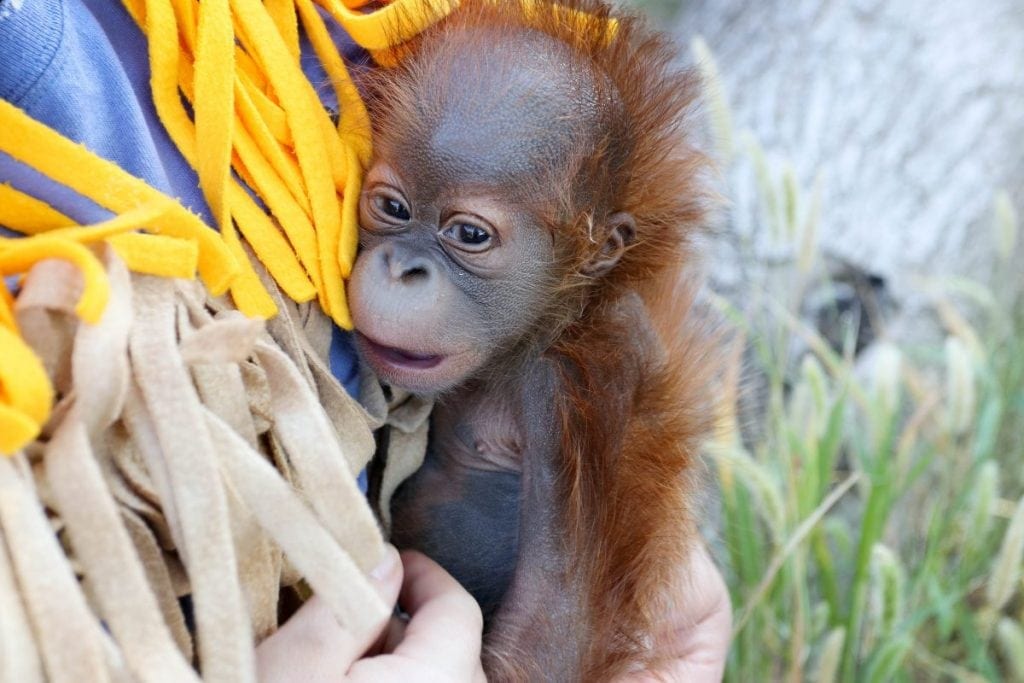 Baby Lily is now being hand reared by keepers at the zoo, who are slowly reintroducing her to her mom Daisy, who has made a complete recovery.

The doctors say the experience was one they’ll always remember and the envy of their colleagues. 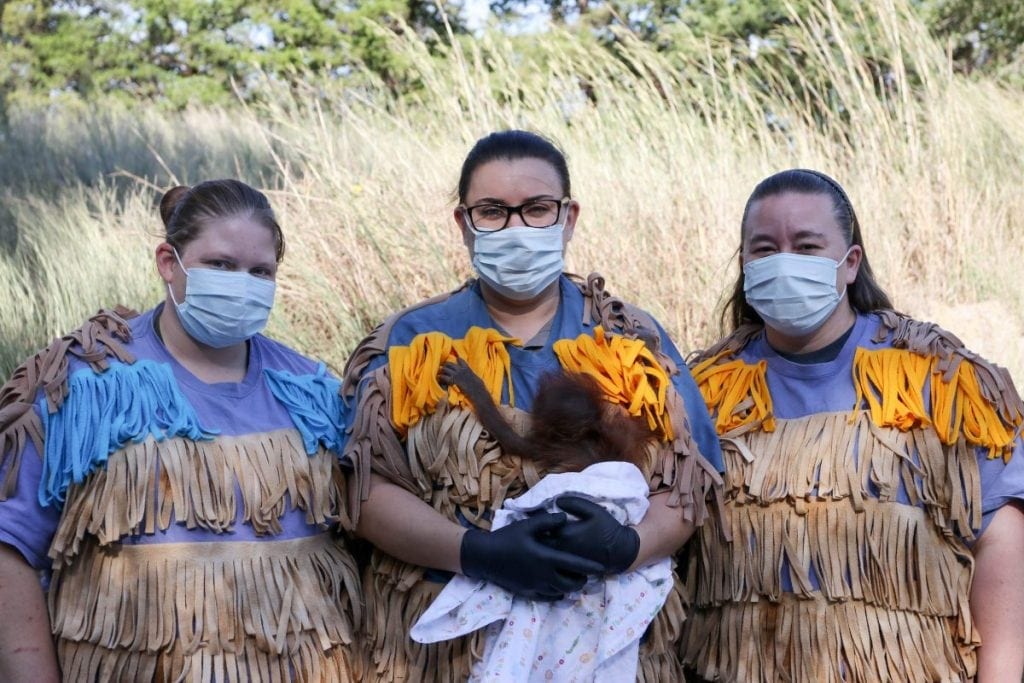 Whisler said: “We’ve had a few doctors tell us that they wish it was them. It’s great to do something different from your day to day job.”

Mom-of-three Dr Chibry said: “My oldest daughter is five and she was the only one who could kind of grasp it.