Dr Mark Dziobon said: "They are respected and well regarded by GPs and primary care teams in the area and personally having seen them in action providing GP services, I would say that they are kind, skilled and generous of their time, energy and expertise as GPs." 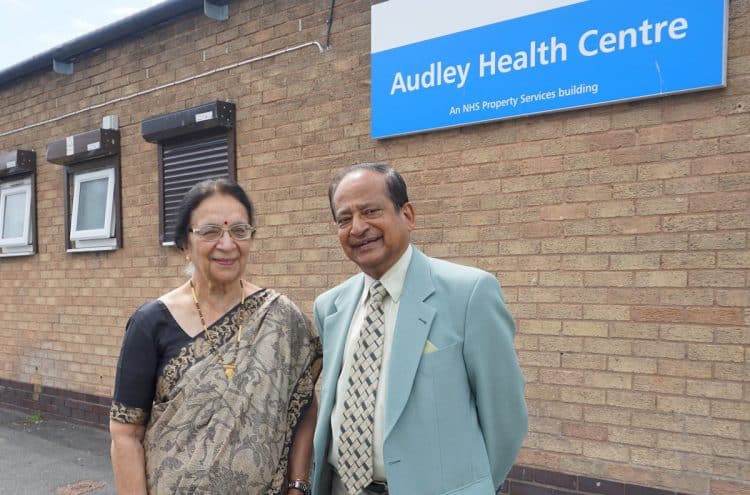 A pair of married GPs in their 80s are celebrating the remarkable milestone of jointly dedicating a whopping 100 years to the NHS – and they have no plans to retire.

Mridul and Saroj Datta met while training in India before moving to the UK and opening a surgery, where they have worked for the past 50 years.

The couple, both 81, have served several generations of the same families over the years and say they have no plans to retire.

Mr Datta said: “We are grateful to all our staff, past and present for their support, and to our patients who have stuck with us, some of them over four generations.

“It seems hard to believe that as a team we have served the NHS for over a century.”

Speaking to the BBC, he added: “I still feel bright, young and energetic. I don’t find any difference between this year and 50 years ago.”

Mrs Datta simply said: “We worked together and we survived. I am ready to retire but he won’t let me.”

The couple met at medical school in India while training as junior doctors in the 1960s before moving to Blackburn, Lancs., and working in the same hospital.

They married at a registry office in 1966 before opening their surgery, Stepping Stones Practice.

Mr Datta told the BBC: “My friends who spent a lot of time in this country, they always ask me ‘of all places, why did you get stuck in Blackburn?’

Mrs Datta added: “When we first got here, we didn’t have that many people from the ethnic community in Blackburn.

“Then we had the influx from Kenya and those places, most of the people settled in this area and they became our patients.”

The couple have three children, one of whom also works as a doctor, and seven grandchildren.

In addition to working as a GP, Mr Datta has trained budding doctors and was the chair of the GP out of hours service for a number of years.

He put Blackburn on the medical map in 1971 when he set up the first vasectomy clinic in the North West.

Mr and Mrs Datta opened their practice in July that year and they recently celebrated their half century with a party at the surgery.

The Mayor of Blackburn with Darwen, Councillor Derek Hardman, and Blackburn’s MP Kate Hollern joined to pay tribute to the long-time doctors.

He said: “They are respected and well regarded by GPs and primary care teams in the area and personally having seen them in action providing GP services, I would say that they are kind, skilled and generous of their time, energy and expertise as GPs.

“GP practices and primary care are the foundation of the NHS, and colleagues like Drs Mirdul and Saroj Datta ensure that this foundation is solid, high quality and long lasting.

“I congratulate and thank them on behalf of my GP colleagues, the CCG and the wider NHS for this wonderful achievement.”