Alan O'Brien, 40, had to have surgery to remove the topper 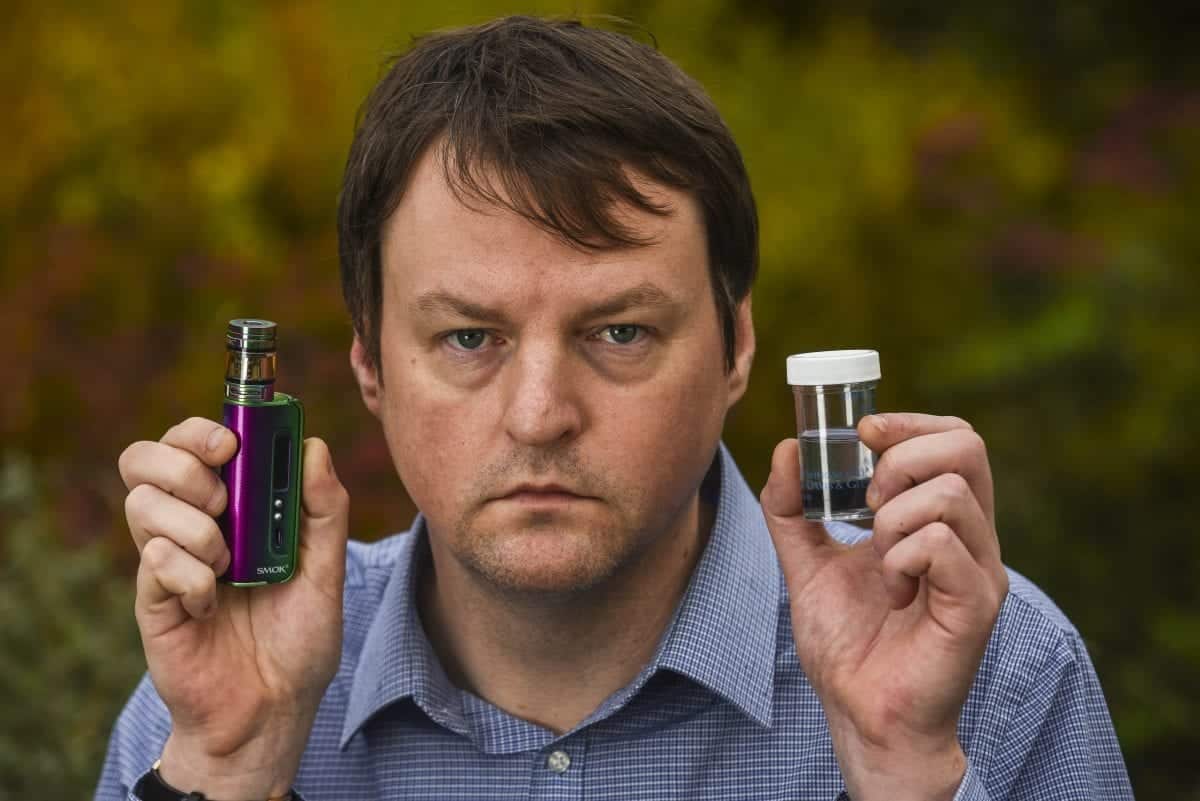 A man trying to kick the fags “nearly died” after he accidentally sucked part of his e-cigarette into his LUNGS and had to have surgery to remove it.

Alan O’Brien, 40, inhaled the mouth piece of the vape down his windpipe and was left gasping for air.

Shop assistant manager Alan was left “whistling” as he breathed through the vape topper which scans revealed was lodged in the opening to his lung.

He was rushed into intensive care and surgeons removed the plastic – and now plan to feature him in medical journals.

Shocked Alan, from Warrington, said: “People say smoking will kill you, but maybe I’m better sticking to the cigarettes. It seems it might be safer.

“The drag I took must have been powerful. I guess I just went a bit OTT with it. 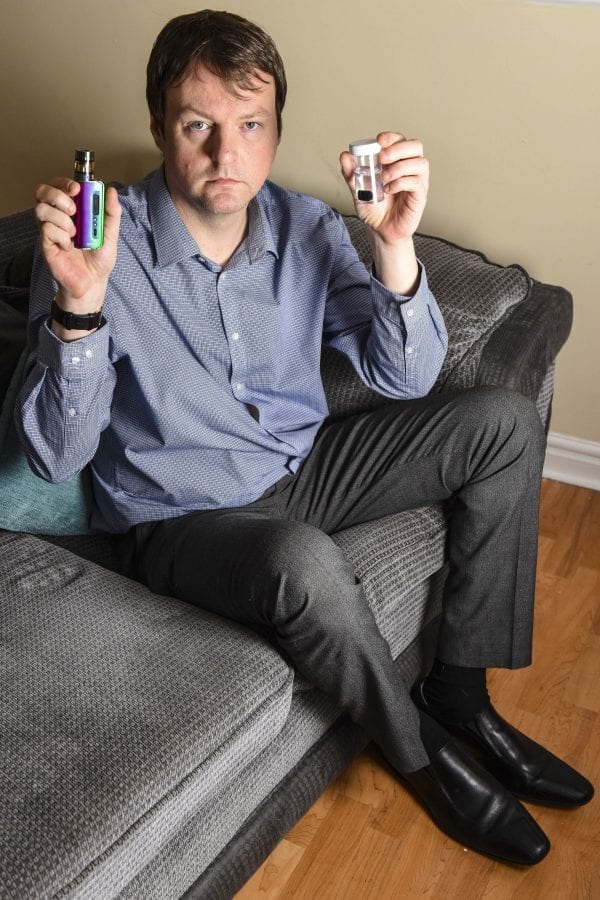 “I can joke about it now, but it was pretty scary. Initially when I couldn’t breathe it was utter panic.

“But then I was whistling as I was talking. I thought ‘I can’t go on like this for long, it’s ridiculous’.

“The hospital asked permission to use the photos in medical journals as they had never seen it. I guess I’m a lesson in how not to vape.”

Alan was opening up the betting shop where he works and was enjoying his first ‘smoke’ of the day using his menthol SMOK baby e-cig, last Monday (24).

“I had two minutes before I had to start work so I think I was just trying to squeeze in a smoke,” he added.

“I went at it with a bit too much gusto and the mouth piece came off and went straight down my throat.

“I was choking. I couldn’t breathe. Panic set in as you can imagine.

“I didn’t have another staff member coming in until half 12. It seemed like an age but I couldn’t breathe at all for about ten to 15 seconds.

“I finally grabbed a breath and I tried to sick it out, but I could feel it stuck.”

Not realising the seriousness of the situation, Alan continued working until paramedics arrived.

They took him to Warrington Hospital A&E where medics struggled to find the nozzle using x-ray because it was black.

“They asked me if I could have coughed it up, but I knew I hadn’t,” he said. 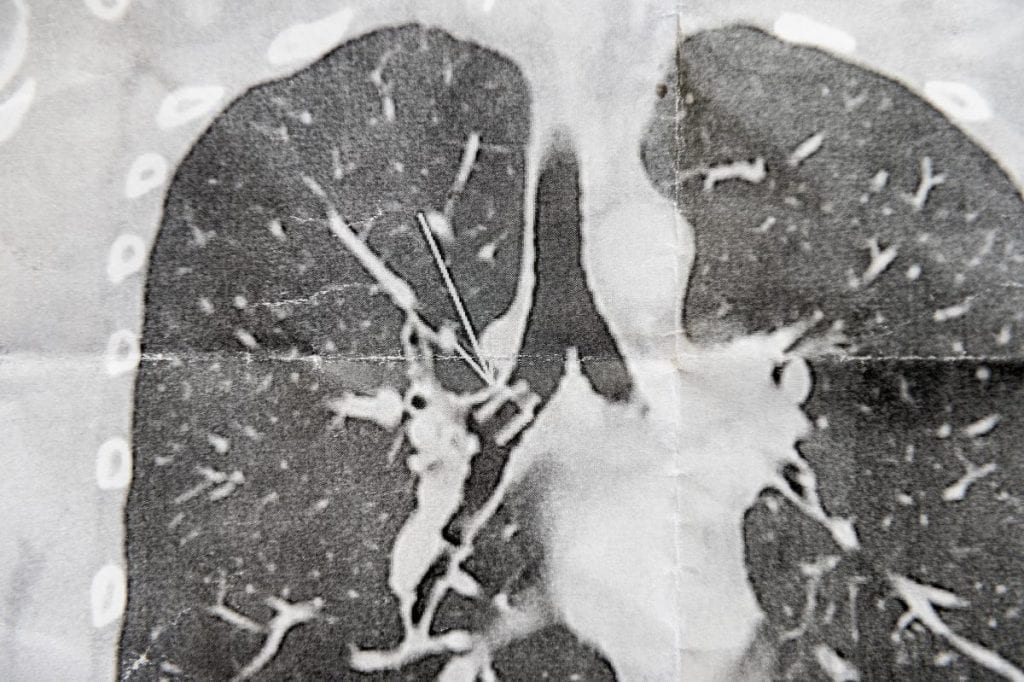 A CT scan revealed the nozzle was inside his windpipe – trachea – and not his food pipe – oesophagus – and was dangerously perched just in the opening of his lungs.

“I was breathing through it and if it had gone sideways I would have been dead,” he said.

“If it had slipped in, it could have collapsed the lung, which could have very quickly been fatal.”

Alan was rushed to Liverpool Heart and Chest Hospital, straight into intensive care – but had to wait overnight for the operation because he’d eaten a egg sandwich. 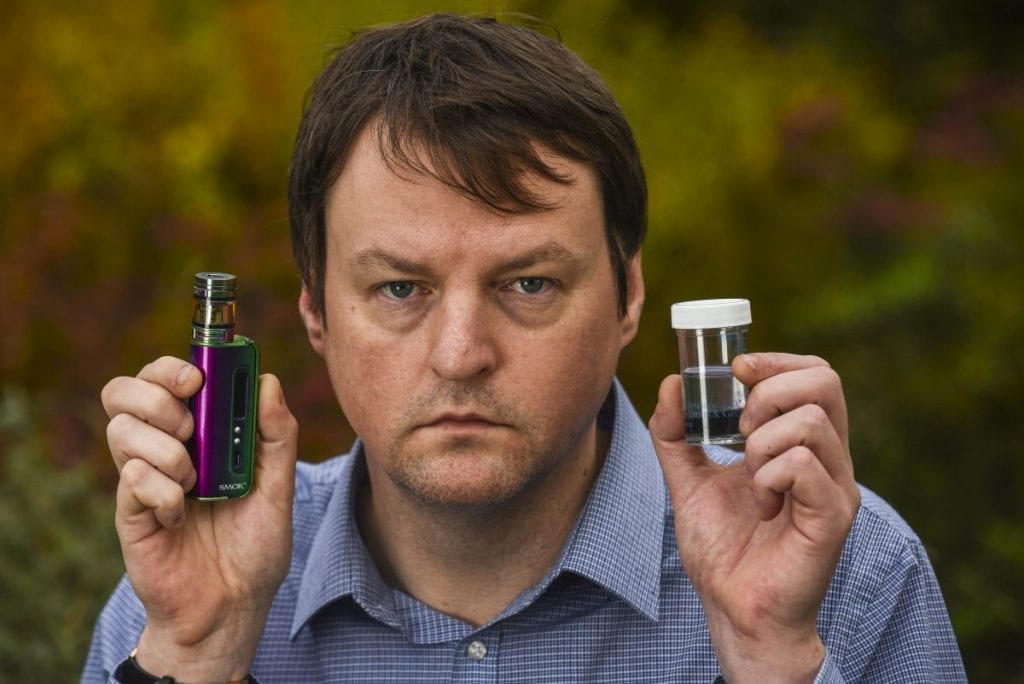 He underwent a bronchoscopy under general anaesthetic and surgeons removed the e-cig part using a camera and tweezers, last Wednesday (26th).

Alan, who is fully recovered, said: “I think I’ll play it safe for now and stick to the cigarettes.”