Jacob Suttie, 4, loves to dress up as Dr Peter Venkman, complete with an original proton pack and ghost meter from the 80s 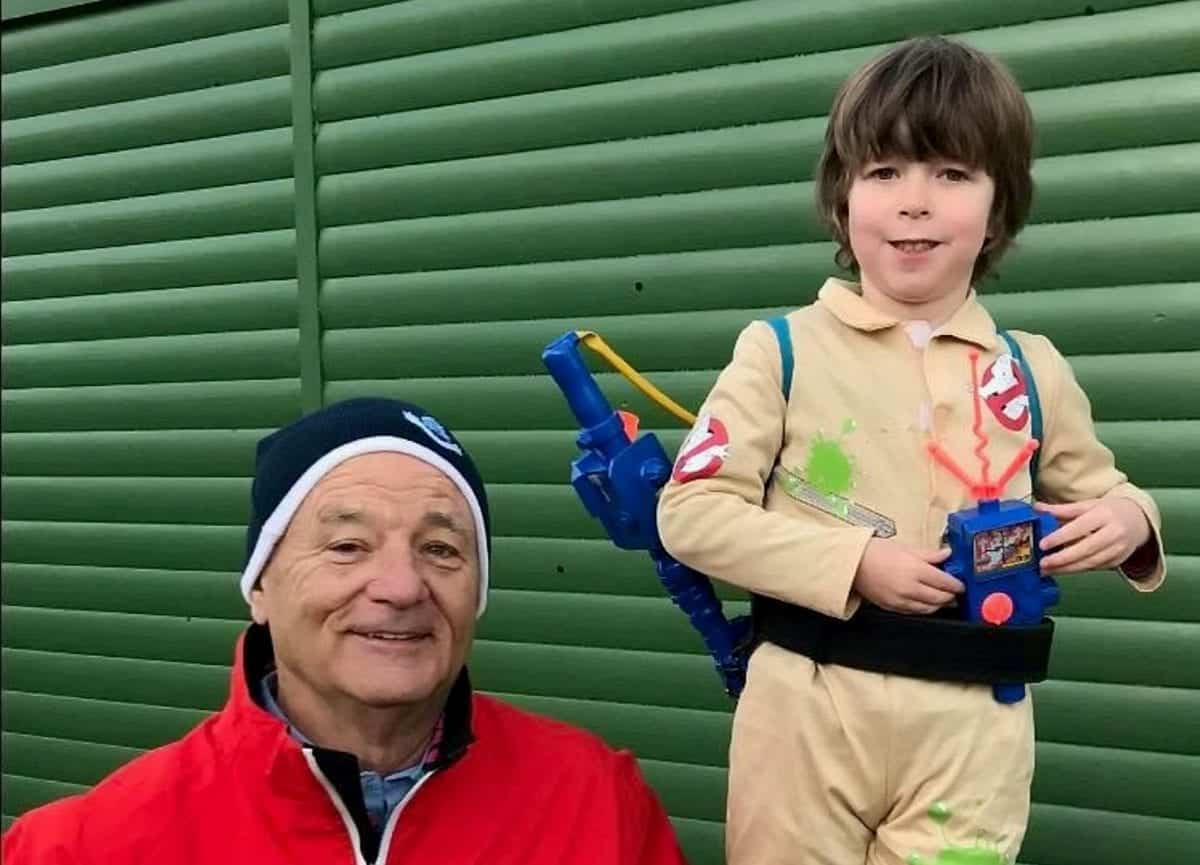 A little boy obsessed with Ghostbusters was overjoyed to meet actor Bill Murray – who greeted him as ‘little Venkman’ and pointed him in the direction of some mystery slime.

His enthusiasm for the 1984 blockbuster began nearly a year ago, and parents Darren and Lisa splashed out on a costume for him to wear for a Hallowe’en party.

When security worker Darren, 31, learnt that Bill Murray would be teeing off at a golf tournament at the Dunhill Links Golf Championship in Angus last Saturday he thought it was a great opportunity for a family day out.

He asked around to find out how receptive the actor was to meeting fans, before deciding to take Jacob, who dressed up as his hero.

Darren, from Broughty Ferry, near Dundee, said: “It was just meant to be a little surprise for Jacob, to meet a real-life Ghostbuster. 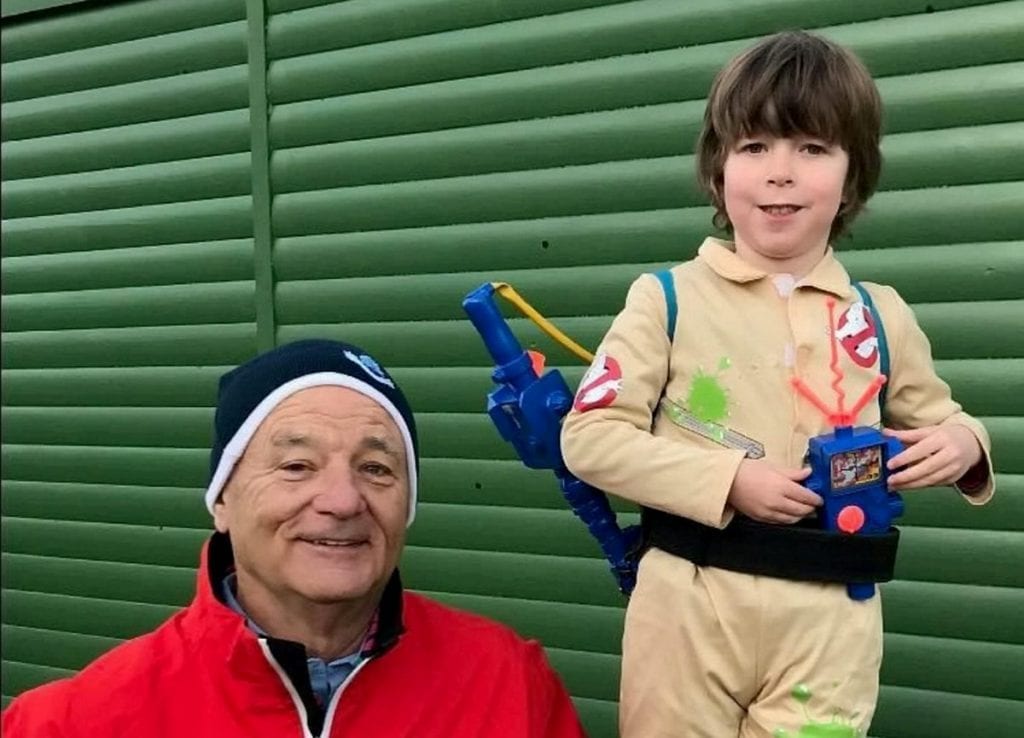 “He plays Ghostbusters all the time at nursery, he’s got the equipment from the 80s which one of my friends still had in the loft – he just loves it so much.

“The first time Jacob saw it was just before Hallowe’en, he’d just turned three. We thought it was OK as there’s no blood and guts.”

Golf fan Darren had been planning to go to the course in Carnoustie, Angus on Friday, but when circumstances changed he began looking at the Saturday pairings.

He discovered Bill Murray would be teeing off while in the same room as Jacob, who was glued to the television watching Ghostbusters.

Darren ran his idea past dental nurse Lisa, 32, and they asked Jacob whether he would like to see Bill Murray the next day.

Jacob said: “Definitely, can we go?”. 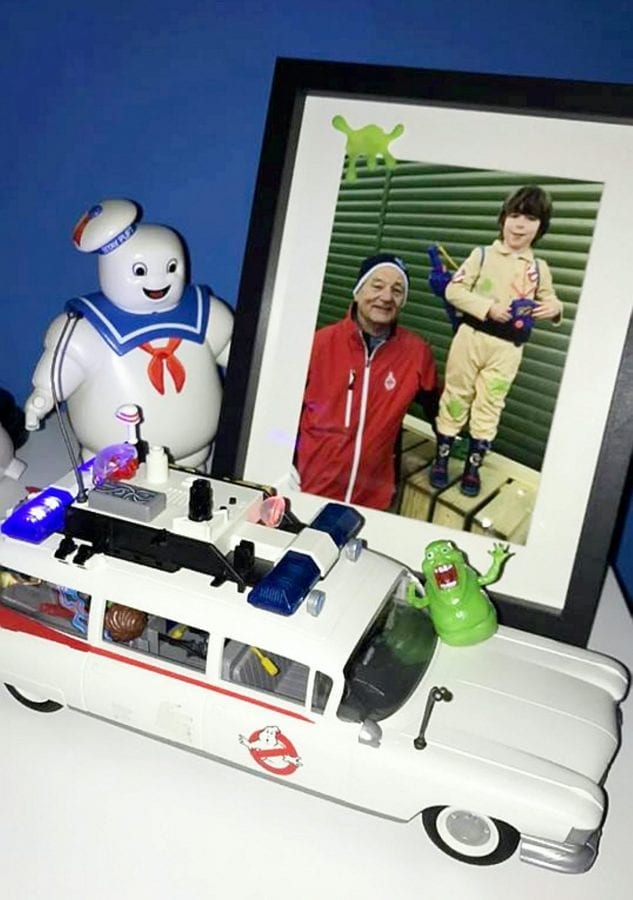 The next day the family got up early and Jacob dressed in his costume.

They hoped to get there early while Bill Murray was using the practice area, but ended up squeezing into a box near the first tee.

Darren said: “I didn’t want to just jump in front of him, we thought we’d just wait until he walked past.

“Jacob was in the costume and I just held him up.

“Bill Murray was walking around and caught his eye.

“He said ‘Hey little Venkman, thanks for scanning the area but I think I saw some slime in the clubhouse earlier.’

“We didn’t think he was going to come over, but he started walking over and picked Jacob up on the barrier and just spoke to him for a few minutes.

“He gave him a high five and a cuddle.”

Darren snapped a few photos of the two Venkmans together, and later had one framed where it is kept in pride of place on Jacob’s bedside table.