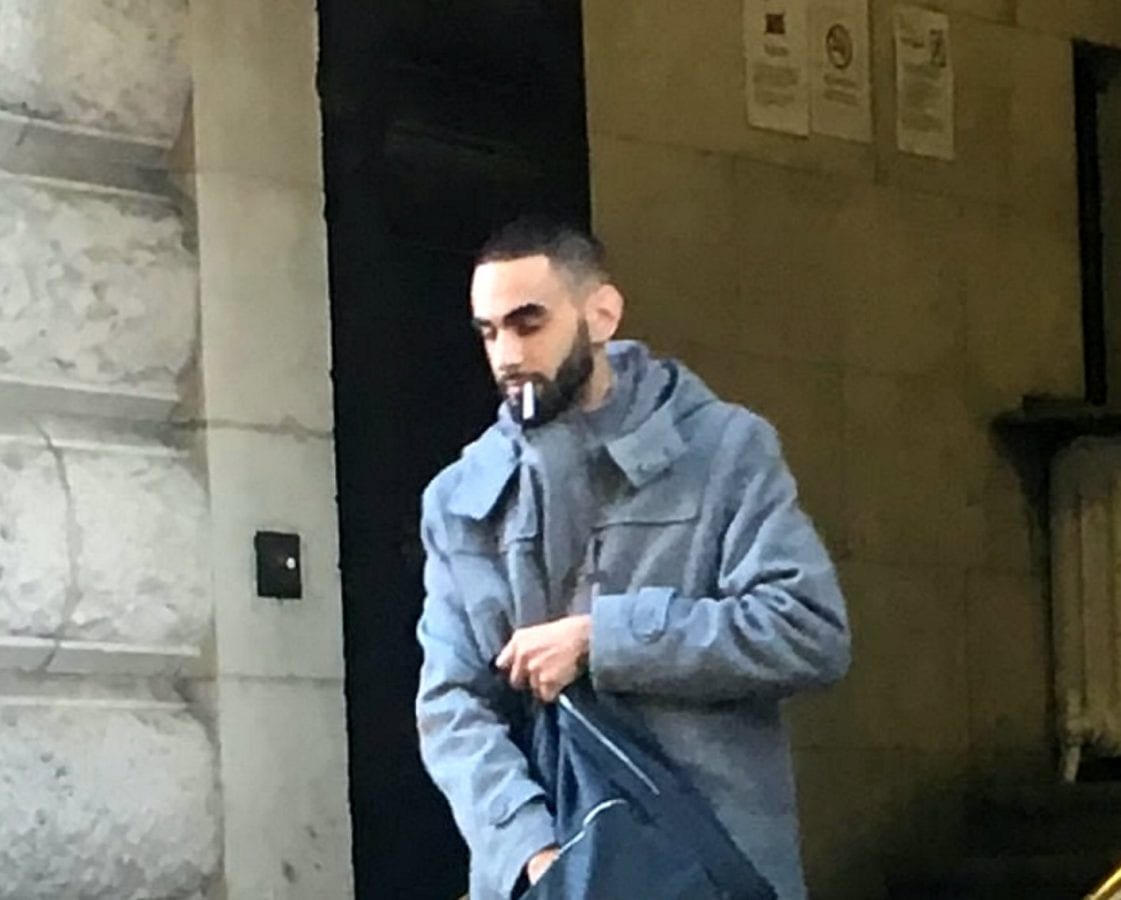 A festival reveller punched a man so hard he fractured his eye socket after a row on the dancefloor, a court heard.

Helda Martins Da Costa, 27, became incensed when fans bopping at the front of the stage to drum and bass DJ Netsky got out of hand and he thought a man had punched him.

He followed the victim outside the crowded tent at the SW4 electronic music festival on Clapham Common in August 2016, Inner London Crown Court heard. He followed him outside and He then punched the man twice, causing him to smack his head on a barrier, in what he claims was “self-defence”.

The punches were of such force that he broke his eye socket, cheek and chin, a jury was told.

John Waller, prosecuting, said: “It was a Saturday and the South West Four Festival was taking place on Clapham Common.

“There were three stages set up and all of them were playing live music.

“The complainant attended with his partner. “Also attending was the defendant who was with his girlfriend and a group of friends.

“They were all enjoying the day – there’s nothing wrong with that, that’s what they were there for.

“Sadly these two groups’ paths would cross with what would be terrible consequences for the victim.

“Both groups went to see Netsky, who is a popular act so the tent started to fill up.

“Both groups were at the top of the tent to get the best view.

“The tent really started to fill up, there’s a bit of pushing and shoving.

“When the band finished the set there was more pushing and shoving and some punches.

“The one thing that is clear is that the complainant and the defendant were on opposing sides.

“The defendant was punched according to his account and he believed it was the complainant who did it.

“The groups dispersed but met outside moments later.

“The defendant saw the complainant and was angry about what he perceived had happened.

“He then punched the complainant twice in a unprovoked attack.

“He fell over and hit his head on a barrier.

“He fractured his cheek, his eye socket and his chin.

“It’s safe to say his recollections of the events is hazy.

“He can remember watching Netsky in the tent and then remembers waking up in the hospital.”

The victim of the attack said he left the tent after the crowd became “aggressive”.

He told the court he had been had been at a friend’s house from midday the day of the festival with his girlfriend and two others before arriving at the festival at about 3pm.

Speaking from behind a screen the 25-year-old, who had just turned 23 at the time, said: “I had three drinks at the house and a pizza to myself.

“I was feeling merry but not drunk leaving the pub, and we arrived at SW4 at about 3pm.

“We wandered around the festival looking to see what was on.”

He said his group went to see Netsky at about 8pm.

He said: “It was relatively busy but there was enough to move around. It wasn’t packed.

“We were making our way to the front, we wanted to be up at the front but weren’t making too much effort.

“We ended up about 10 metres from the front.

“When Netsky came on it became busier and when they played their most popular song it became very busy.

“The crowd started to become aggressive. I wasn’t comfortable so I decided to leave.

Cross-examining the victim, Da Costa’s lawyer Darryl Cherrett suggested he was lying about the amount of alcohol he had consumed.

He said: “Are you really suggesting to this jury that you had consumed three bottles in three hours and you reasonably merry and you were approaching drunk at the tent after having drunk five drinks in six hours, after a full pizza.

“You are just minimising how much you had to drink.

“You punched someone because you thought your girlfriend had been hit.

“Are you not prepared to admit that after two years?

“Are you really saying you don’t remember the scuffle inside?”

He denied he had punched anyone saying “I’m not that sort of person”.

He said: “I didn’t punch anyone, I am not that sort of person and given that I was concussed it’s not surprising I don’t remember much.”

His then girlfriend, now financee, said a girl became “confrontational” with her inside the tent.

She said: “When we were in the tent there was train of people in front of us.

“One of the girls asked me ‘did you push me’.

“She said it in a very confrontational way.

“She was quite scary so I put my hands up and said I hadn’t.

“The look on her face was angry.”

He left short after and she followed.

She said: “I found him outside the tent.

“He was quite anxious and scared.

“He wanted to get away from the tent.”

The couple were alone for five minutes before Da Costa approached.

She said: “The man said ‘are you the one who punched me’ and he was very aggressive and angry.

“I stood between them but then a girl came up and grabbed me and said ‘it’s over now’ and pulled me away.”

When she, who did not witness the assault, came back her boyfriend was lying on the ground “unresponsive”.

She said: “He was lying by the barrier, his eyes were open but he was wasn’t moving.

She alerted security and he was brought to hospital.