A 60-year-old man has been jailed for harassing his sister after shooting her pet DONKEY with a hunting rifle. Darrel Duffill was previously caged for blasting the animal in the head at a smallholding in Cornwall. The 10-year-old donkey, named Claude, was found by his sister, Carolyn Jones, lying in a pool of blood in […] 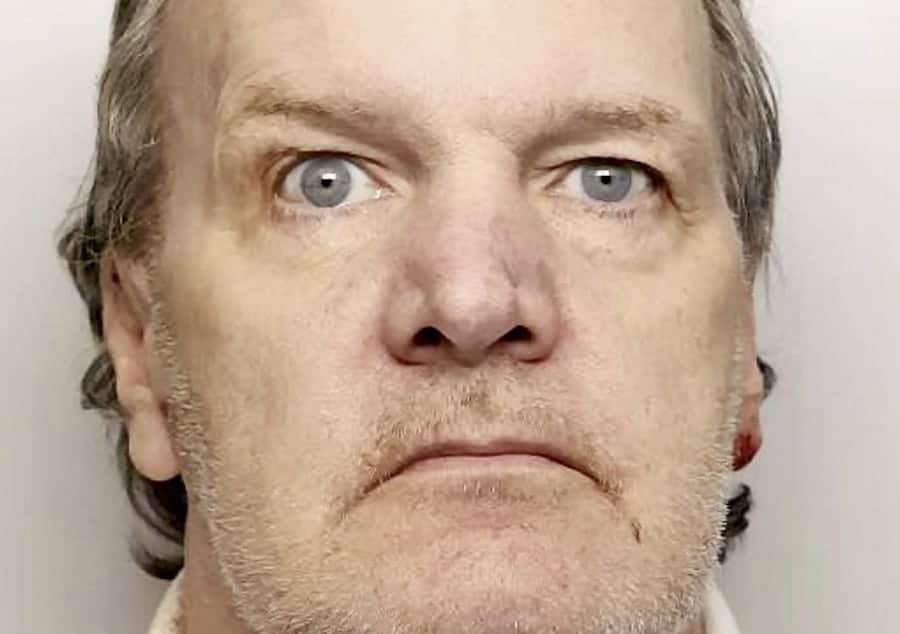 A 60-year-old man has been jailed for harassing his sister after shooting her pet DONKEY with a hunting rifle.

Darrel Duffill was previously caged for blasting the animal in the head at a smallholding in Cornwall.

The 10-year-old donkey, named Claude, was found by his sister, Carolyn Jones, lying in a pool of blood in a stable.

At the time, Duffill lived in a cabin on land close to the town of Looe and committed the offence, which is classed as criminal damage, following a row with the victim.

He was jailed for 56 days and slapped with a restraining order banning him from contacting his sister in 2011.

But a court heard how he had been “constantly” breaching the order by calling Mrs Jones and keeps being sent back to prison.

Duffill’s latest offence saw him ring her up and tell her “They have taken everything from me, even my false teeth” and “thanks to you I spent nine months inside”.

He pleaded guilty to breaching a restraining order and harassment and was jailed for eight months at Derby Crown Court on Monday (17/7).

Sentencing, Recorder Michelle Heeley QC said: “The day you were released from prison you called your victim not once but twice when you knew you had a restraining order against contacting her.

“You have broken it lots of time and you have simply not learned your lesson.

“There is no excuse for what you did, you have no-one to blame but yourself.”

The court heard Duffill phoned his sister the very day he was released from his latest sentence on licence.

Sam Coe, prosecuting, said: “He first called them at around 8pm but they did not answer the phone as they did not recognise the number.

“Then he called again at 10.10pm and the woman’s partner answered.

“The defendant recognised his voice immediately and the defendant said to him ‘I just got out of prison today and thanks to you I spent nine months inside’.

“‘Now, thanks to you they have taken everything from me, my false teeth and my wheelchair.”

Mr Coe explained this referred to Duffill discovering on his release how all of his possessions had been removed from his Heanor house by the landlord.

He added: “The victim has told officers that the phone call left her in shock, fear and anxious about what he might do.”

Duffill, of Heanor, Derbs, was arrested by police on June 12 and claimed he had called the woman in Cornwall “by mistake”.

Jonathan Hullis, defending said his client “has a plan” to stop him from not breaching the order again when he is released next March.

He said: “He will delete the woman’s number from his phone. He has not seen her in person since his 2011 conviction.

“He deeply regrets what he did and has a plan in place to stop him from spending any more time in prison.”