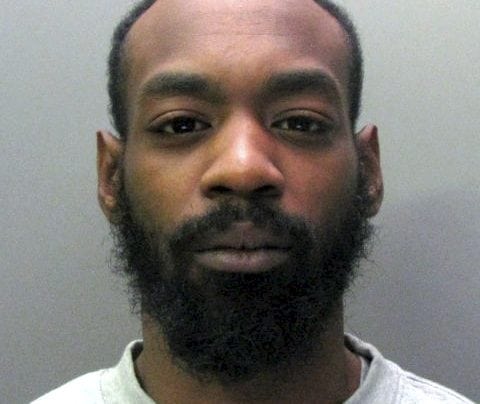 A violent man has been jailed for 16 years after he stabbed three people including his ex-girlfriend – after she refused to run away with him.

Caleston Jones, 22, pleaded guilty to a string of offences, including stabbing three people.

Jones was arrested on 3 October last year (2017) after he stabbed a man five times and left his ex-girlfriend’s mum seriously injured.

Police say the pair had gone to a house in Welbourne, Peterborough, to collect some keys and an argument broke out.

Jones, of no known address, fled the scene, but was arrested later in a taxi after attempting to leave the county.

He had stabbed his ex-partner in the arm after she refused to run away with him.

Officers were also informed of other incidents involving Jones’ ex-partner where he caused damage to her home and assaulted her on another occasion.

He was sentenced to a total of 16 years in prison at Cambridge Crown Court on June 8th.

The judge sentenced Jones to four months for common assault, two months for damage to property, 16 years for GBH, 12 months of one of the ABH and two years for the other ABH, all to run concurrently.

Detective Inspector Dave Taylor said: “This sentence demonstrates the seriousness of Jones’ actions – thankfully no lives were lost as a result of his attacks, however it could have quite easily been a very different story.”