A “reformed” criminal who hit the headlines after donating one of his KIDNEYS to a complete stranger is back behind bars for a frenzied attack on his ex-wife’s pal. Wesley Joyce, 36, gave one of his organs to cystic fibrosis sufferer Sally-Anne Grainger, 36, three years ago in a bid to make up for his […] 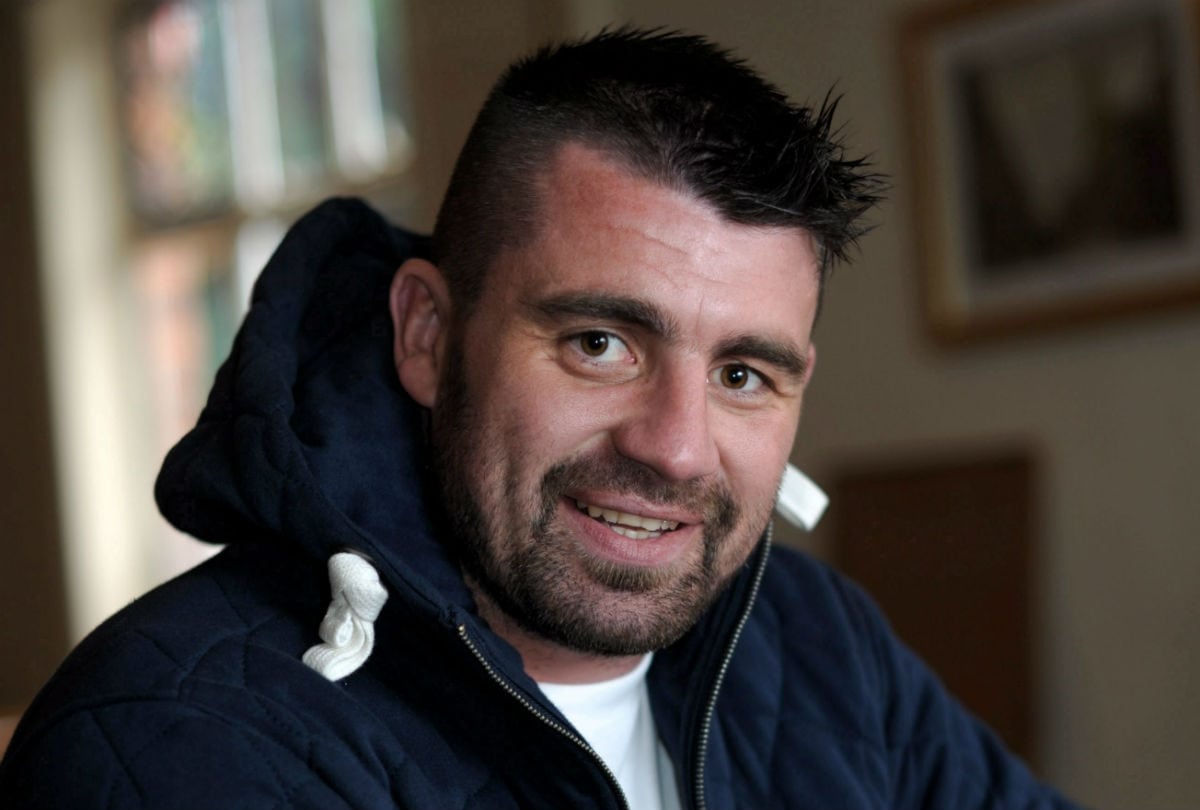 A “reformed” criminal who hit the headlines after donating one of his KIDNEYS to a complete stranger is back behind bars for a frenzied attack on his ex-wife’s pal.

Wesley Joyce, 36, gave one of his organs to cystic fibrosis sufferer Sally-Anne Grainger, 36, three years ago in a bid to make up for his misdemeanours.

The former soldier said he wanted to do something to make amends for his criminal past which included serving four years in prison for assault in 2004.

But on Tuesday (29/8) he found himself back in court for carrying out a “frenzied attack” on a man he found at the home of his estranged wife.

The thug flew into a rage on February 19 last year when he discovered that his former partner had invited a work friend, Luke Stephens, back to her home for a drink.

A court heard how he went to the property in Ronkswood, Worcs., in the early hours of the morning before launching the brutal attack.

The dad-of-four, who had drunk around 20 bottles of alcohol during the day, left Mr Stephens covered in blood and his footprint embedded on his head.

Joyce of Ledbury, Herefordshire, admitted to inflicting grievous bodily harm at Worcester Crown Court and was jailed for two years.

Recorder Benjamin Nicholls, sentencing, told Joyce that his donation had given “possibly the chance of life itself” but that the his behaviour during the assault had been “utterly appalling”.

He said: “You were at that time living apart from your wife and she was perfectly entitled to go out with someone else and invite him home for a drink.

“You were hoping for a reconciliation but when you saw your place had been supplanted by another man instead of walking away, you just lost it, to use a common expression.”

Paul Cook, prosecuting, said Joyce went over to the house and asked Mr Stephens what he was doing there.

The victim was able to escape from the assault, suffering damage to his teeth and bruising.

Mr Cook said: “It was apparent immediately there had been a significant disturbance.”

Niall Skinner, defending, said his client had qualified to work as a crane operator.

He said: “Things happen in life whether you like it or not and you don’t automatically respond with fists and violence but that’s what he did.”

Joyce was one of ten people who responded to an appeal made by mum-of-two Miss Grainger in her local paper for potential donors to give her a kidney.

“I’ve done good things and bad things, but I thought, let’s do good from now on.

“You’ve got one life so live it the best you can.

“I believe what will be will be.

“I’ve lived my life. I’ve done everything I need to do.”

Good news Brexiters: After six wasted years, Truss is about to deliver a Brexit that ‘actually works’… apparently