Police have arrested 20-year-old man after a GUN was pointed at firefighters as they attempted to fight a blaze at a cannabis factory. Officers were called to Gregory Ave, in Weoley Castle, Birmingham, at around 8pm on Wednesday (30/8) after the weapon was pointed at firemen. West Midlands Fire & Rescue Service attended the […] 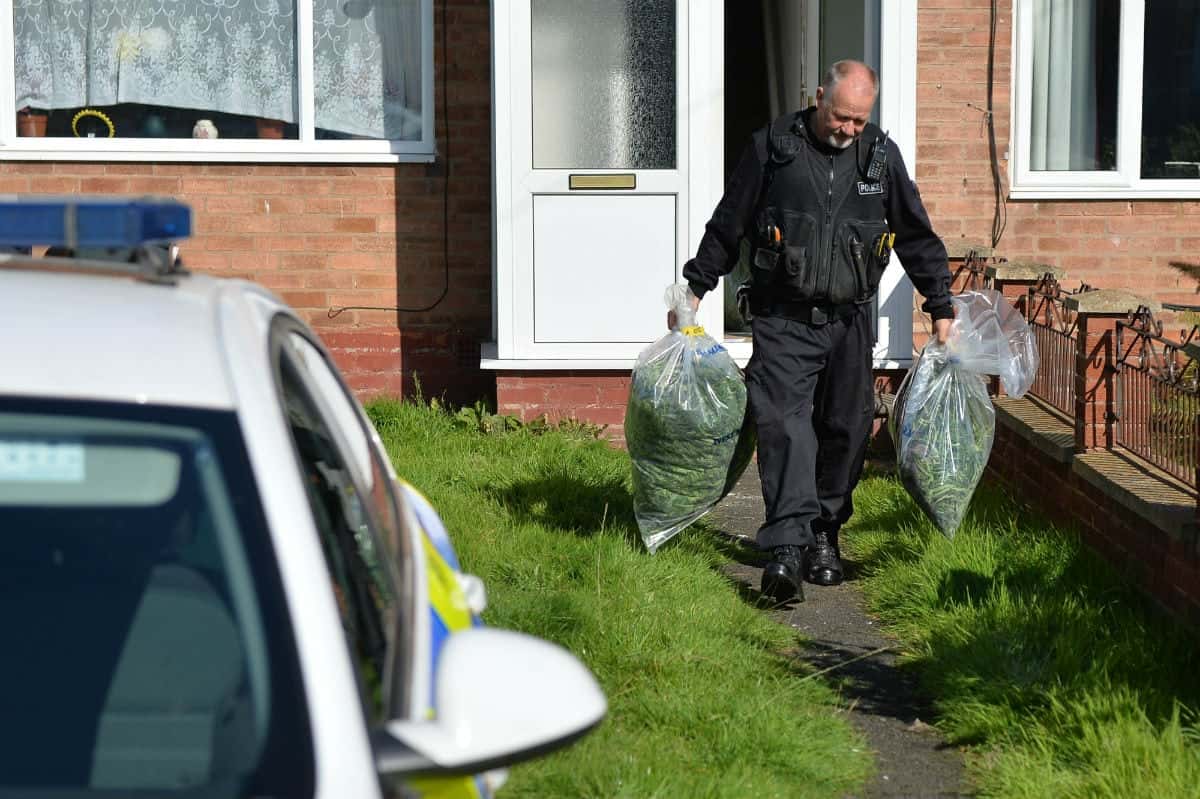 Police have arrested 20-year-old man after a GUN was pointed at firefighters as they attempted to fight a blaze at a cannabis factory.

Officers were called to Gregory Ave, in Weoley Castle, Birmingham, at around 8pm on Wednesday (30/8) after the weapon was pointed at firemen.

West Midlands Fire & Rescue Service attended the scene after a fire broke out in a junction box outside the address, which was being used as a drugs farm.

The man was arrested on suspicion of possessing an imitation firearm with intent to cause fear of violence.

He is not understood to be linked to the fire at the factory, which is believed to have contained up to 300 plants.

Phil Richards, watch commander from Northfield Fire Station, who were at the scene, said: “We were called to an electrical fire, the mains had been bypassed and overheated.

“The house was set up as a cannabis farm.

“While we were there a man walked past and pointed a gun at the crew. I told him it was an offence and police were called.”

One local resident, who did not want to be named, said: “Even for around here, that is stooping to a new low.

“You have to be a real scum bag to threaten a member of the emergency services.

“They are doing a life-saving public service and to get treated like this is disgusting.”

In a tweet, Weoley Police NHT said: “PCSO Moseley has apprehended offender on Gregory Ave tonight who threatened fire crew from @Northfieldfire with imitation firearm while they were attending house at a dbl cannabis farm.”