The pair of exotic wildfowl were snapped in St James's Park, London admiring the photographs of their feathery friends on an explanation board about pelicans. 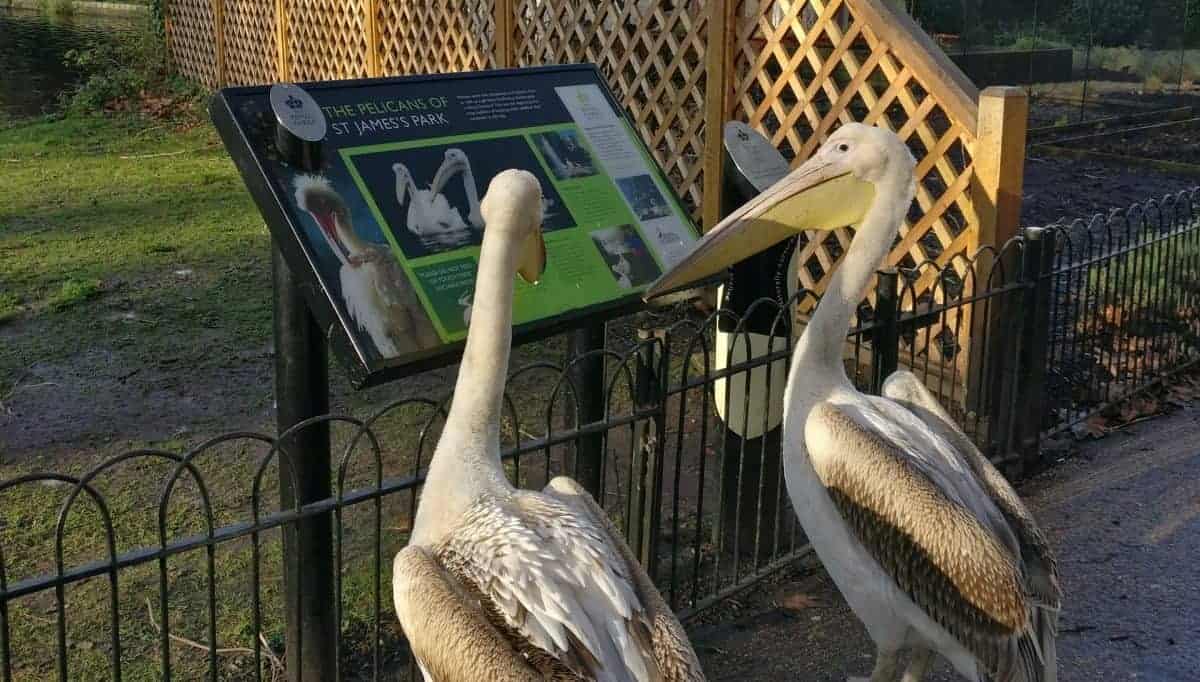 A pair of majestic pelicans have been caught on camera ‘reading’ an information sign about THEMSELVES.

The pair of exotic wildfowl were snapped in St James’s Park, London admiring the photographs of their feathery friends on an explanation board about pelicans.

There are two groups of pelicans in the royal park: Isla, Tiffany and Gargi, and three new additions from Prague Zoo: Sun, Moon and Star.

Harri Boyd, 33, a government lawyer, was walking back from her lunch break last week when she spotted the birds last week,

She said: “Walking back across St James’s Park, I had initially come across the first group of pelicans preening themselves along the side of the park, and took a photo of them.

“I then noticed that two of the Great White pelicans were on the other side of the fence, a bit further along the path – I’d never seen that before.

“I literally leapt with delight at seeing them so close by, and approached them carefully to see what they were up to.

“It was hilarious, extremely cute, and needed to be shared with the world.”

Harri, a big fan of the pigeon-eating water birds, regularly takes photos of the wildfowl to send to her dad back home in Auckland, New Zealand.

The Cabinet Office lawyer said: “I send my dad photos of the pelicans regularly. He finds it quite annoying when I do and actually told me to stop,in jest,, so when I saw the pelicans this time I thought surely he has to appreciate this photo.

“I work next to St James’s Park, so I usually visit once a day to see how the pellies are going. It’s a beautiful park and the birds are the best part.

“I love their giant bills, mischievous nature and how they always travel in packs!”

The sign reads: “Pelicans were first introduced to St James’s Park in 1664 as a gift from the Russian Ambassador to King Charles II.

“This was the beginning of a long tradition of keeping exotic wildfowl that continues to this day.”