The police car was damaged in Torquay, Devon 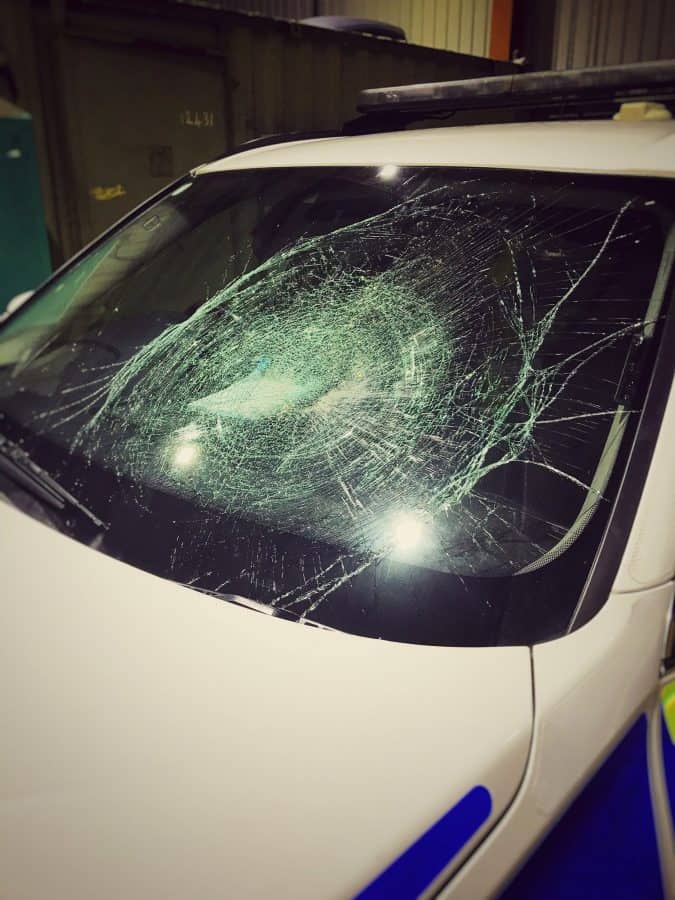 An operational police car had its windscreen smashed – by a flying SWEDE.

Cops were driving to a job when a vandal lobbed the root vegetable at the liveried vehicle – causing around £500 worth of damage.

A hunt is underway for the mystery food thrower after an image of the smashed windscreen was shared by Twitter account @50bikecop.

They wrote: “Another shift smashed. Joking aside – Some idiots think it is hilarious to throw Swedes at cars on the dual carriageway.

“This time was an ARV but could’ve been a member of public’s car.”

The incident happened in Torquay, Devon, on Sunday evening.

Devon and Cornwall Police said: “At 8.40pm 19th January, the windscreen of a marked police vehicle was damaged by an object, believed to be a swede, thrown from the side of the road at it was driving on Hellevoetsluis Way, Torquay.

“The vehicle was on its way to another call and the damage to the windscreen is estimated at £500.

“Officers are continuing their enquiries and are asking for anyone with information to contact police quoting crime reference number CR/005459/20.”