With the festive season looming, it’s hard not to notice retail stores brimming with Christmas merchandise, streets amassed with Christmas decorations and radio stations playing our favourite Christmas songs, but when is it too early to start celebrating? A new study from HomeLet, who surveyed 2000 UK based tenants to delve deeper into this tireless […] 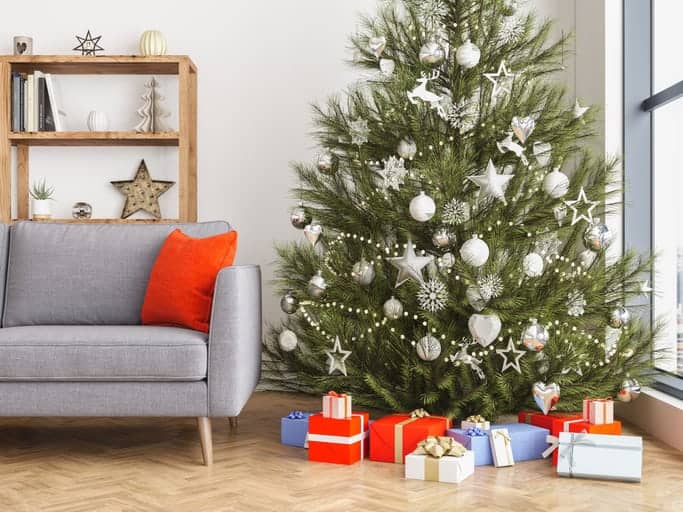 With the festive season looming, it’s hard not to notice retail stores brimming with Christmas merchandise, streets amassed with Christmas decorations and radio stations playing our favourite Christmas songs, but when is it too early to start celebrating?

A new study from HomeLet, who surveyed 2000 UK based tenants to delve deeper into this tireless debate and to explore how the British public feel about the notion of celebrating Christmas cheer. Are we a nation of grinches or are we all festive revellers?

The study found that remarkably, the majority of those surveyed (62%) believe the festive season officially kick starts on the 29th of November. However, some super keen residents have already had their festive décor up for over a month, as it’s revealed 2.2% of respondents start decorating their house as early as October. It appears that there’s still some Brits who like to do things a little last minute as 1% admitted to usually starting their decorating on Christmas Eve.

Of those who participate in adoring their homes with decorations, the survey found that our survey respondents spend an average of £77.90 every year decking their own halls.

The study also found that artificial Christmas trees are the staple of a British Christmas, with 62% choosing these to decorate their homes. In comparison, less than a fifth of Brits (18%) continue with the traditional real Christmas tree.

Despite the Christmas tree usually being the focal point for families on Christmas day, a fifth of tenants revealed they don’t even bother with one. Residents of Bristol and Nottingham appear to be the biggest scrooges, with over a half admitting to not including a Christmas tree as part of their decorations.

To add to this, one in ten tenants confessed to hating their neighbours exterior Christmas lights and decorations. However, it appears we aren’t all spoilsports, as the majority of tenants feel their neighbours Christmas decorations help them get into the Christmas spirit, with 62% stating they love it when they see extravagant displays on their street.

Despite a half of Bristolians revealing they don’t assemble a Christmas Tree as part of their festive décor, it appears those living in the city are the biggest fans of seeing Christmas cheer on the streets, with 72% admitting they love exhibiting the Christmas displays on the façade of their neighbours houses. Mancunians on the other hand appear to be the grouchiest, with 16% of residents admitting they hate staring at any of the local houses which display festive décor.

Bristol was further found to be the country’s Christmas capital, spending £139.10 on Christmas decorations every year. Contrary to those residents in Sheffield, who only spend a measly £21.07 a year decorating their home for the festive season.

Although the vast majority of us do opt to dust off our decorations each year and transform our homes, the research found that this can sometimes come at a cost. A third of tenants (34%) revealed that they’ve damaged their property as a result of putting up Christmas decorations.

The most common damages include:

More information, including details on the top five cities per industry, can be found here: https://homelet.co.uk/tenants/blog/article/the-cost-of-the-uks-christmas-decorations

“With the countdown to Christmas well and truly underway, as a nation it shows how much we love the festive period, with many of us starting to decorate their homes before even opening the first door of their advent calendar (and some even as early as October!).

“With so many of us eager to deck out our homes in festive décor, it’s important to take care when putting up your decorations to avoid any Christmas related mishaps. Ensuring that you fully prepare the space you’re about to decorate is vital, as significant amounts of clutter can cause damage to your surroundings, or worse, yourself!

“If you’re a tenant in a rental property, it’s important to think about what type of decorations you plan to use to minimise the possibility of damaging any walls, floors or ceilings. Whilst still getting in the festive spirit, checking that everything is 100% removable is imperative and if you’re planning on using Christmas lights for example, make sure they are of good quality as you don’t want lights that could short out or spark. If you’re unsure of anything, it’s important you check your tenancy agreement and discuss any concerns with your landlord or agent before you start your Christmas decorating.”