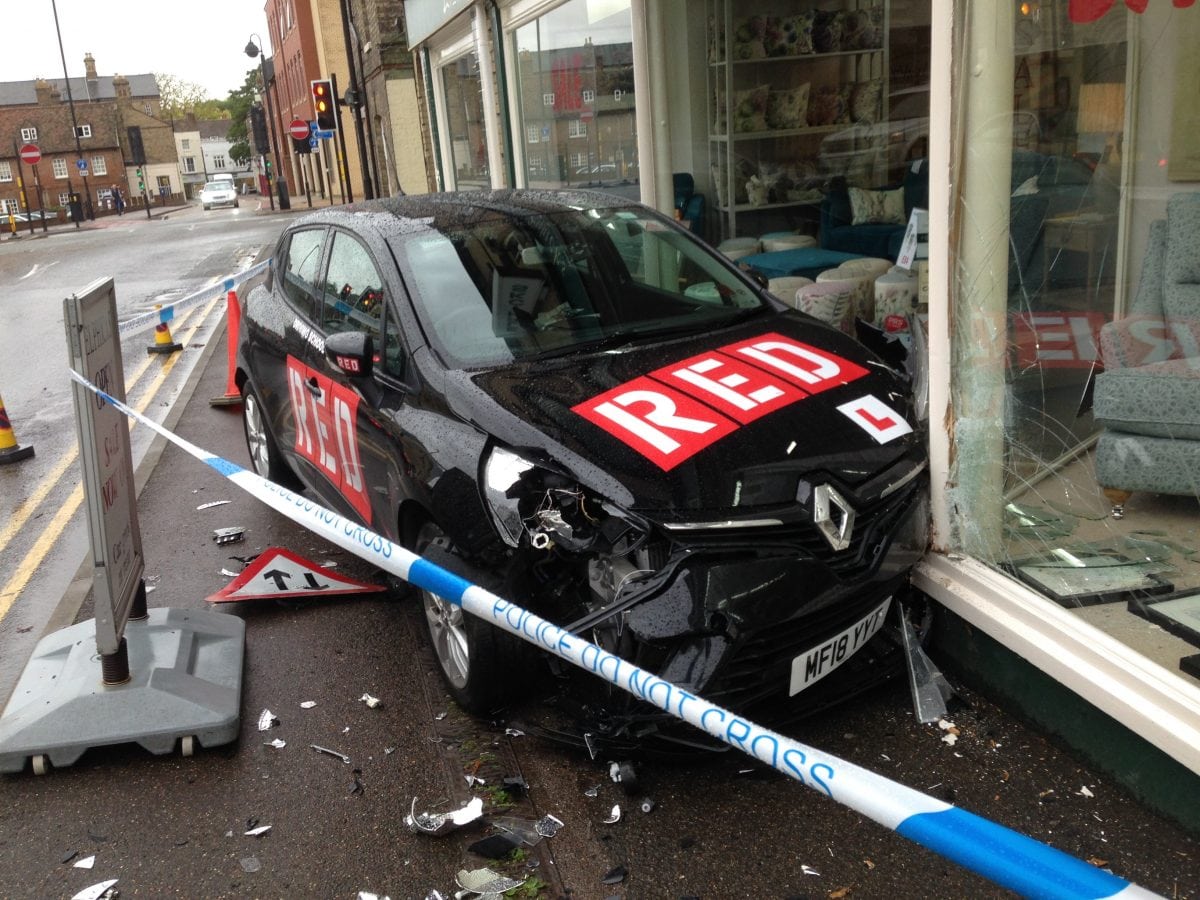 A learner driver smashed into a shop window after misjudging a left turn while out on a driving lesson.

The Renault Clio careered across the and mounted the pavement – before ploughing into Elphicks furniture store in Huntingdon, Cambs.

It is believed the driving instructor had to operate the vehicle’s emergency dual controls in order to avoid a head on collision.

No one was injured in the incident which left the windowed shop front cracked and the vehicle’s bumper and headlights badly damaged.

Cambridgeshire Police were called to the scene at around 9.40am on Thursday and waited with the driver until a recovery truck arrived.

A spokesman for the force said: “We were calledwith reports of a collision in George Street, Huntingdon, involving a black Renault Clio. “The car, a learner vehicle being driven by a learner driver, went through the shop window of Elphicks.”

He said: “A RED Driving School car had a collision with a shop front after an instructor acted to avoid another vehicle.

“The instructor responded quickly when the learner driver misjudged a left turn, resulting in a near collision with oncoming traffic.

“The instructor’s rapid response has prevented what could have been a potentially devastating accident and we are pleased to report that no one has been injured in the incident.”